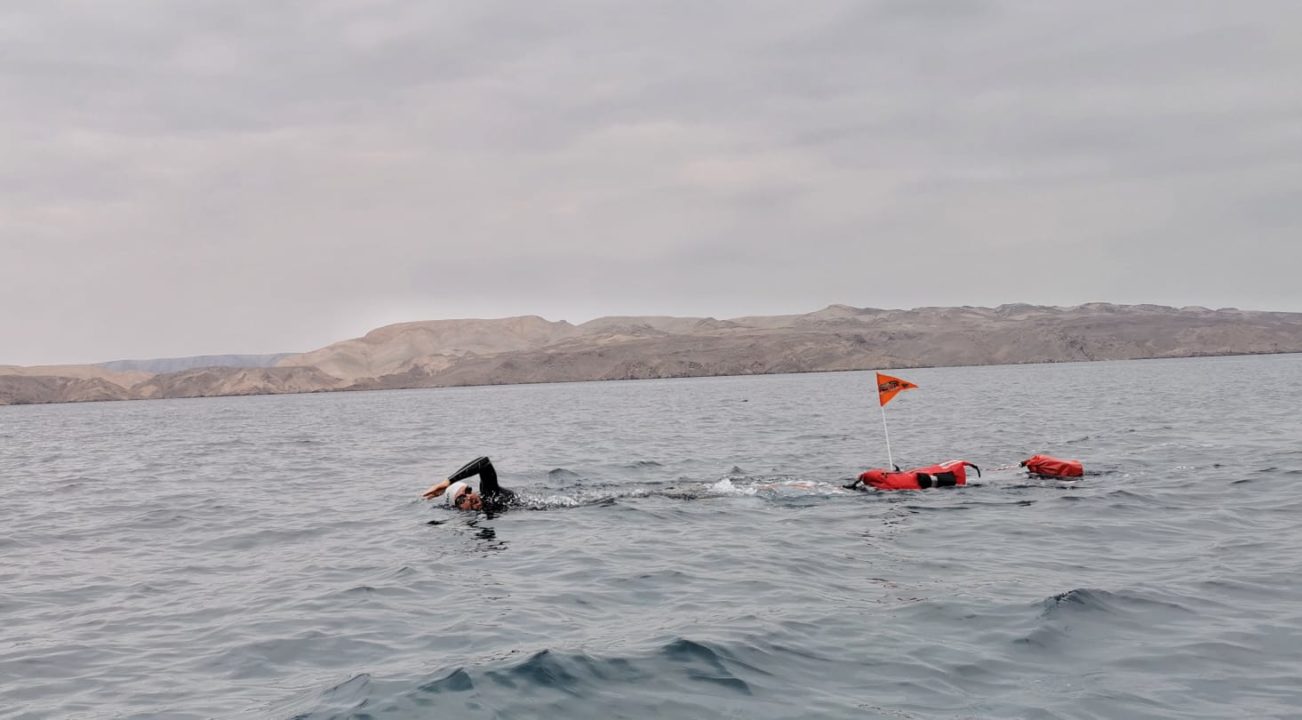 Jonas Deichmann has completed the first leg of his triathlon around the world, setting a world record for the longest unsupported open water swim. Current photo via Markus Weinberg

Jonas Deichmann has completed the first leg of his triathlon around the world, setting a world record for the longest unsupported open water swim in the process.

Deichmann began his attempt at the world’s longest triathlon in September, with the goal of circumnavigating the globe on a more than 40,000 kilometer journey with a minimal carbon footprint.

After cycling from the Alps to Karlobag on the Croatian Adriatic coast, Deichmann began the swimming leg of the journey. Spending over 54 days in the water, Deichmann reached Dubrovnik on November 22. Over the course of that time, he swam a total of 450km, shattering the previous record for the longest unsupported open water swim that stood at 200km set by Sean Conway in 2016. Conway set his record during his own attempt at the world’s longest continuous triathlon, which he completed in 2016, going over 4,200 miles in the process.

During the swimming leg, Deichmann spent over 8 hours per day in the water, pulling a raft with his equipment in it behind him. “Swimming was often the easier part of the day. Many nights I climbed on shore and slept on rocks in the rain without a tent,” explained Deichmann.  “I am glad to have done this once and to have seen the world from a different perspective. It had its good moments, but I don’t want to do it again. I am and will remain a cyclist.”

Deichmann will now begin the next leg of his journey, which consists of cycling across the Balkans and Turkey, with the goal of getting to the coast of China before catching a boat to the United States.

I love swimming, but not as much as others I guess…