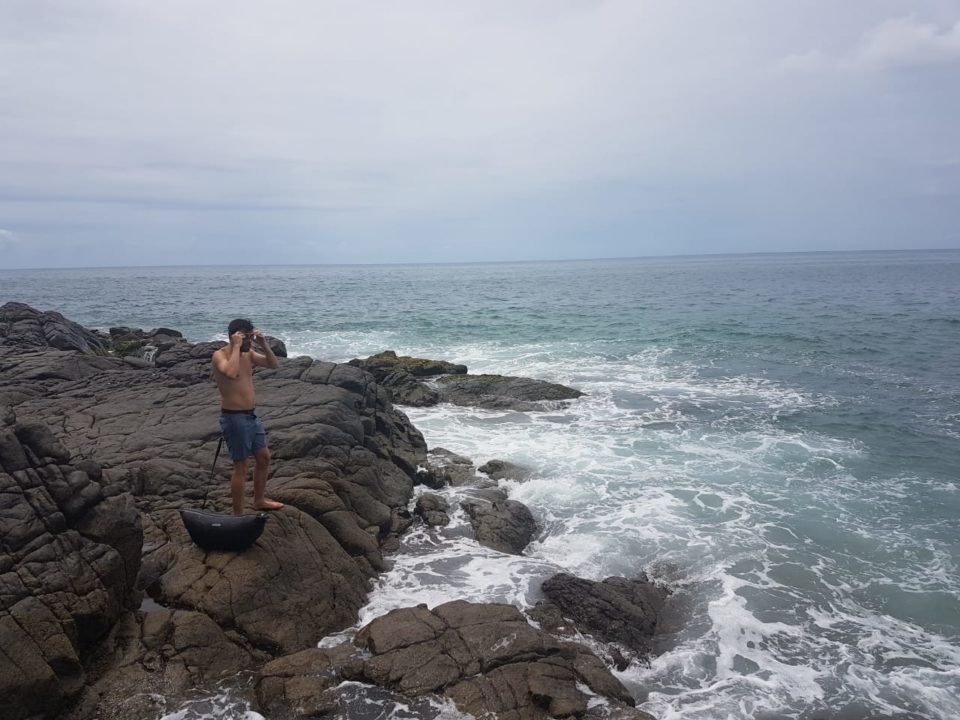 An extreme athlete is planning on circumnavigating the world and breaking a world record in a triathlon that is 120 times the length of an Ironman. Current photo via Jonas Deichmann

Deichmann was stopped midway through his 40,000km triathlon around the world when he had to wait for a Russian visa. As of Wednesday, he is back on his bike.

After breaking the world record for the longest unassisted swim (450km) in December, Jonas Deichmann’s cycling route was blocked by Turkey’s closed borders.

Jonas Deichmann (above) has embarked on an estimated 40,000km, 12-month-long triathlon that circumnavigates the world. The current record is less than 7,000km

Denver is the 37th institution in the country to add women’s triathlon as a varsity sport, and the ninth at the Division I level.

USA Triathlon announced the dates for the fourth annual National Triathlon Week, an initiative to celebrate the sport and all its constituency groups.

He doesn’t crave adventure like someone may crave chocolate or some other sweet, he craves it like the air he breathes.

Deichmann was raised in Black Forrest, Germany, and it was there that he and his brother explored the woods around their home. It was in those woods, a center of childhood fantasy and exploration, where his love for adventure was born.

Once he reached college age, his passion for seeing the world had only grown. He studied in seven different countries, even finding his way to a remote island.

Soon, just traveling to different countries wasn’t enough. Deichmann yearned to add an adventure element to it. His background in endurance sports soon provided the outlet he needed.

He traveled to over 70 countries in two years—all on a bike. He was able to experience the world and challenge himself while doing it.

He had found something that could combine three of the things he loved most—travel, adventure and endurance sport.

In 2017, he broke two cycling world records. He became the fastest cycler to bike across Europe and Eurasia. In 2018, he set a world record for the fastest cycling ride of the Panamerica (Alaska to Patagonia) by breaking the previous record by a month.

In true Deichmann style, he began looking for something new that would challenge him in a way the other tests he had given himself failed to do. “I am slowly lacking challenges on the bike,” he said.

There had to be a challenge that would not only incorporate the bike, but other aspects of endurance sport that Deichmann hadn’t tapped into yet.

An idea that would be so physically demanding it could quite possibly become his greatest challenge yet.

He is calling it Triathlon 360. This will take him all the way around the world in a triathlon that is the length of 120 Ironman’s.

He will be setting out from Munich, Germany and will cycle to Croatia. Once he reaches Croatia, he will swim to Montenegro where he will be swimming 283 miles (456 km). As he is swimming, he will be pulling a raft behind him that he can rest in, and he will be swimming to shore at the end of every day of the swim leg to camp.

As swimmers know, swimming isn’t an easy sport. A lot of training and endurance is required to race a mile. Imagine how much training it takes to swim 283 miles.

Deichmann says he doesn’t have a specific plan when it comes to preparing for the swimming leg of the Triathlon 360 other than swimming outside and getting a few practice runs in. “I have planned three longer trips where I swim along the shore in Sweden and Croatia for a couple of days with my raft. Apart from that I am also doing some technique training with a coach and some strength building for my upper body,” he said.

In any kind of challenge, especially one of this magnitude, discouragement or thoughts of quitting can easily set in the athlete’s mind. Deichmann faces these mindsets head on.

“95% during such challenges is mindset. I never had the situation where I wanted to give up. You need to want this with all your passion and believe 100% that you can do it. In daily routine I focus on small goals and reward myself with something,” he said.

After his swim leg of the triathlon ends in Montenegro, Deichmann will cycle to the Chinese coast where he will sail to San Francisco.

Deichmann will run from San Francisco to New York in his triathlon. Photo: Jonas Deichmann

He will then run from San Francisco to New York (a distance of 3,131.7 miles), sail to Lisbon, Portugal and cycle back to Munich, where he started 10 months prior.

Deichmann will be the first person to circumnavigate the world in this fashion once he finishes in spring 2021.

Along with setting a world record, he hopes to inspire others to challenge themselves or chase their dreams.

“The hardest thing is to get to the starting line. Think big and have the courage to follow your dream. It’s always easier to stay inside your comfort zone. It won’t be easy but when you follow your dream you will find ways to reach your goals,” Deichmann said.

Swim the atlantic or it doesnt count

More from Bailey Duran
See All