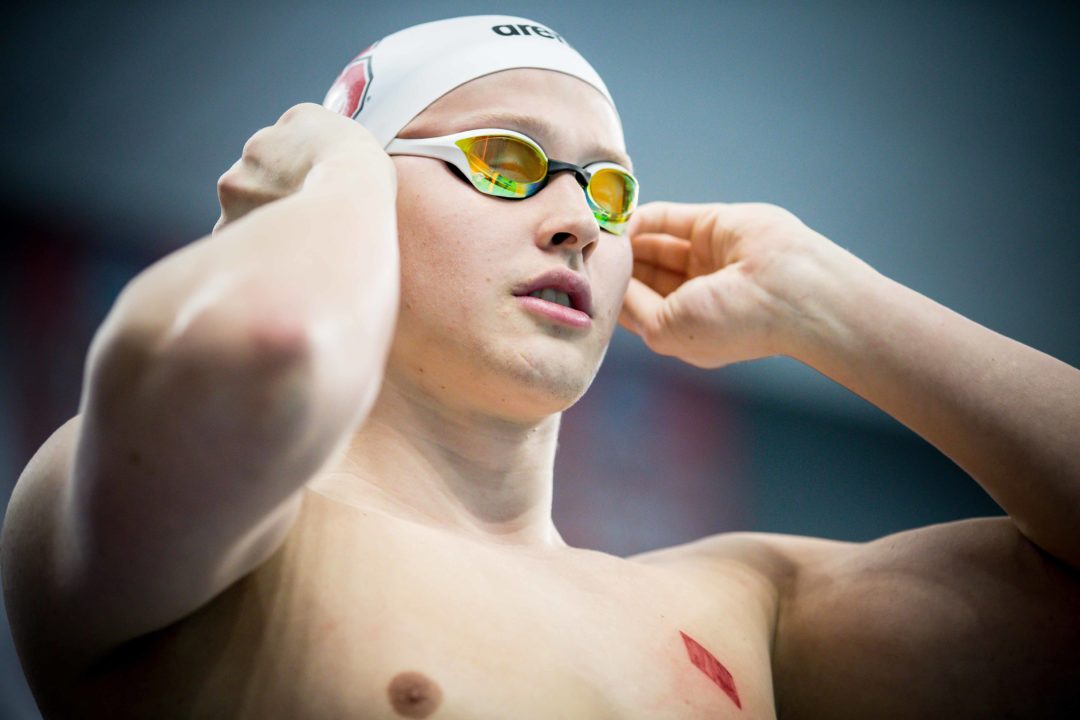 Fresh off the ISL season, Justin Ress will swim the 50 free, 100 free and 100 back at the UNC Invite with Wolfpack Elite. Archive photo via Jack Spitser/Spitser Photography

Several of the top ACC schools will be in action this weekend at the 2020 UNC Invitational, being held in Chapel Hill by the University of North Carolina, with NC State, Virginia Tech and Duke joining the Tar Heels. In addition, the Wolfpack Elite squad will be competing, with multiple members just a few weeks out of the 2020 International Swimming League season.

This will only be the second collegiate competition for the Wolfpack this season, following a dual at UNC in early November that featured several non-traditional NCAA events, though they did compete later in the month long course at the U.S. Open.

On the men’s side it’s hard to ignore the presence of several professionals representing Wolfpack Elite, including Justin Ress and Coleman Stewart who are both coming off standout ISL performances for the league-champion Cali Condors.

Also competing unattached will be Michael Chadwick, who was also in the Budapest bubble representing the Toronto Titans.

The 23-year-old Ress holds down top seeds in the 50 and 100 free, with Chadwick and Stewart also entered in both, while Stewart and Ress rank 1-2 in the 100 back. Stewart, the 2019 NCAA runner-up in the 100 back, ranked first in the country in 2020 prior to the cancellation of the National Championships in his senior season.

Also repping Wolfpack Elite will be Towson grad Jack Saunderson, seeded first in the 100 and 200 fly, and former Missouri State swimmer Paul Le, who ranks first in the 200 IM.

Among the collegiate athletes, NC State’s Eric Knowles holds down three #1 seeds in the 200 free, 1650 free and 400 IM, while his teammate Ross Dant ranks first in the 500.

Is there a way to watch this?

Which is especially sad considering the UNC broadcast studio literally adjoins the pool. How hard would it have been to stick a camera in? I’ll volunteer to head to Chapel Hill and do commentary.

Oh no! Fixed it, apologies to Tar Heel Nation.

No respect for the Hokies on either side:(

ouch I was in there

the “Live results” link is old. it forwards to a November 6th meet.

Most schools reuse the same URL over and over again (I don’t know why), so there are always caching problems.

tried to clear the page data with Chrome/Edge on my Surface and cleared the data/history with Safari on my iPad with no luck. Hell, I even tried a computer that I know I never visited swimswam or hytek from with no luck. I’ll roll with the Meet Mobile app for now.