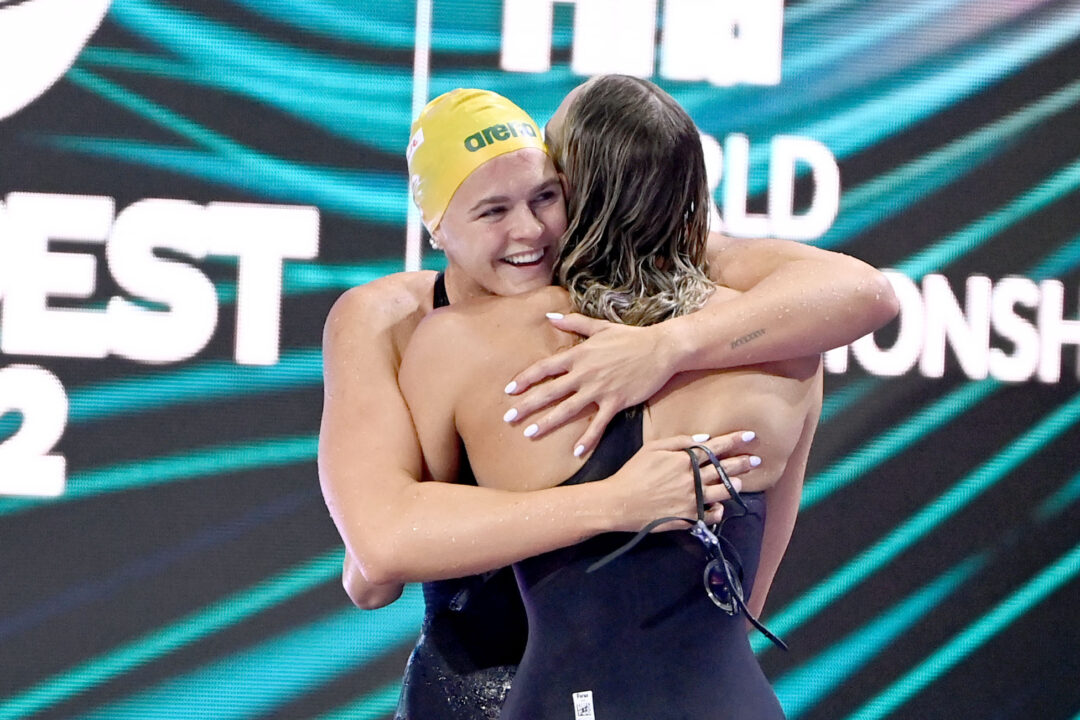 Speedster Shayna Jack is among the high-profile entrants headed to the 2022 Queensland Championships which kick off on Saturday. Archive photo via Delly Carr, Swimming Australia

With the 2022 FINA Short Course World Championships nearly upon us, some Australians are getting ready to dive in for this year’s Queensland Championships.

Kicking off with club and regional relays on Saturday, December 10th, the week-long meet contains a plethora of talent from within the nation and beyond with the likes of Japan, New Zealand, the Czech Republic, Korea, Singapore and the United States also being represented.

Among the key contenders from Australia is a high-profile group out of St. Peters Western. Sprint ace Shayna Jack is entered in her bread-and-butter 50m, 100m and 200m freestyle events, but is also set to race the 50m/100m fly, the 50m/100m back, as well as the 1500m free.

Winnington is the reigning long course World Championships gold medalist in the 400m free from this summer in Budapest. The 22-year-old is entered in that event, along with the 100m, 200m, 800m and 1500m freestyle. The Dean Boxall-trained star is also listed among the entrants for the men’s 50m/100m/200m butterfly.

World champion and multi-Olympic gold medalist Ariarne Titmus is also among the SPW contingent entered in the entire range of women’s freestyle events, as well as the 200m butterfly. However, as the 22-year-old is set to be in the announcing booth in Melbourne, it’s unclear if she’ll actually wind up sticking around to race at least on the early days here at these championships.

I believe Titmus is going to compete as what she posted on Instagram on 1st December.

Tamsin Cook being listed as a visitor seems a bit weird. I know she was born in South Africa but I highly doubt she switched who she is representing internationally.

She’s a visitor because it’s state champs and she moved to Victoria.

On the topic of Tamsin Cook, with how stacked the 200 and 400 frees are it seems like she’s gonna have a lot of trouble making the national team in the next couple of years.

Completely agree. Titmus and Pallister don’t look like they’ll be relinquishing their spots anytime soon for the 400, and after Pallister’s 4:02 at the end of Trials last year I think there’s more there. Melverton keeps getting better too in literally everything she swims, 2/4/8FR + 4IM now. The 200 will be really tough with all the young guns rising in addition to Titmus, MOC, Wilson, Melverton, Throssell, Harris, Neale, [and Jack? maybe too, she’s entered in it here but hasn’t really taken it back up since her 1:56 swims in ’19.] Many forget that Cook was actually a 2:08 200 flyer back in 2015, crazy to think that might be her best shot now. Dekkers will keep improving, and… Read more »

Particularly excited to see how Brianna Throssell goes since she is training under Dean now. Everyone who moves to train with Dean seems to see their freestyles improve rather rapidly, and she is already 53 and 1:56. Plus she now has many new training partners for those events, Titmus, Jack, O’Callaghan, Melverton, etc; She could make a big leap in those come Trials later in 2023.

She needs a breakthrough in those butterfly events .. we need another flyer for Paris 2024

Would be nice to see but I think it might be a bit too soon.

Agreed, I’m thinking if they come it won’t be until Trials for Worlds – but if she can get relatively close to her bests I think it’s a great sign. Melverton last year had a bit of a breakout around this time after moving to Boxall though, so I guess anythings possible.

Perhaps she’ll show off her new improvement in March at NSW Champs like Melverton did this year.

Yep I’m all mixed up today. She was good in Queensland Champs last year but really broke out in March with that 4:03 400 free.

what happened to Zac Incerti club? Isnt he part of Marion with Kyle Chalmers?

Zac has gone back to his old coach Mick Palfrey at USC Spartans on the Sunshine Coast .