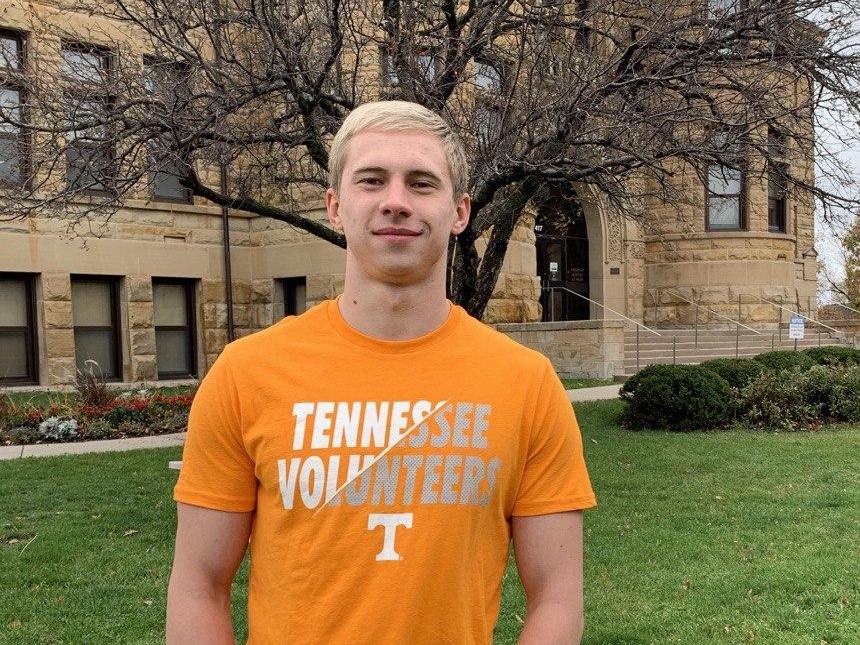 Aleksey Tarasenko, winner of the 100 free for the Black team, will be transferring to Tennessee following Iowa's decision to cut swimming and diving.

The Iowa Hawkeyes kicked-off their final season with their annual Black and Gold intrasquad meet on Saturday morning at the Campus Recreation and Wellness Center. This is the team’s final intrasquad meet, as the University announced in August that it would cut both its men’s and women’s swimming programs. Iowa’s decision to cut swimming and diving was just one of many schools’ decisions to cut athletic programs as universities deal with the financial difficulties created by the COVID-19 pandemic.

This decision prompted many swimmers to transfer from Iowa and freshmen not to arrive this fall, reducing the Hawkeyes’ roster substantially heading into the intrasquad meet. However, the team still put up some solid swims there, thanks to the return of many of their top swimmers. On the men’s side, their 6 best scoring underclassmen from last year’s Big Ten Championship meet (who were all among the team’s top 7 overall performers) participated in the intrasquad. On the women’s side, their top 2 underclassmen scorers from Big Tens last year also participated this weekend.

The Black team emerged victorious over the Gold team, 115-101, thanks to a Black team win in the 200 free relay. Heading into this event, the score was tied at 101. But the women’s relay team of Kelsey Drake, Macy Rink, Maddie Black, and Kennedy Gilbertson grabbed a win for the Black team in 1:33.66. Drake scored 45 points for the Hawkeyes at the 2020 Big 10 Championships, with her highest finish coming in the 100 fly (7th).

On the men’s side, Aleksey Tarasenko, Mateusz Arndt, Will Myhre, and DJ Rogers also posted a win for the Black team in 1:22.86.

Also picking up wins for the Black team were Sam Tamborski in diving, and Tarasenko in the 100 free (44.89). Of note, although Tarasenko competed at this meet, the Uzbek national record-holder recently announced he will be transferring to Tennessee as a result of Iowa’s decision to cut swimming and diving. Tarasenko finished 8th in the 100 free at 2020 Big Tens and was the team’s top swimming scorer at that meet with 44 points.

The Gold team kicked-off the meet with wins on both the men’s and women’s side in the 200 medley relay. The women’s team of Julia Koluch, Zoe Mekus, Alexa Puccini, and Sarah Schemmel finished first in 1:43.54, while the men’s team of Ryan Purdy, Daniel Swanepoel, Seth Miller, and Drew Harris won in 1:29.34.

For the women, Lauren McDougall won the 100 free in 51.25. That’s already the best performance of her career outside of last year’s Big Ten Championship meet, where she was only a few tenths faster in 50.88. Koluch also picked up an individual win for for the Gold team, winning the 100 back in 56.41. That time is less than half-a-second off of the 55.94 she swam at 2020 Big Tens.

The teams also competed in the diver 50 free, with freshman Sarah Ballard winning the women’s race in 30.04 and Michael Huebner winning on the men’s side in 25.56.

The most beautiful town and community and the worst administation in all academics. Do not judge Iowa City because it is in Iowa – it has very little to do with the rest of Iowa.