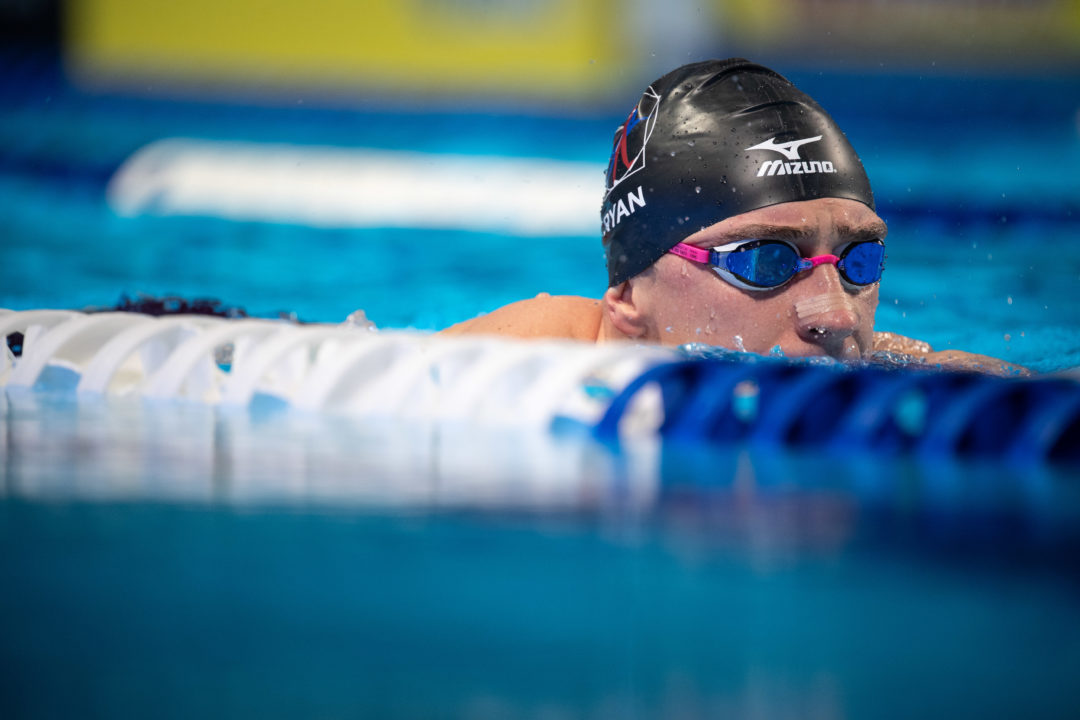 After already cruising to a new Irish national record in the 100 fly while also tying American Ryan Murphy for first place in the men’s 50m back, Ryan rounded out his performances with a new Irish mark in the 100m back here on day 2.

Stopping the clock in a time of 50.22, Ryan beat out the aforementioned Murphy to take 2nd place behind Tokyo Frog Kings swimmer Ryosuke Irie. Irie hit the only sub-50 second time of the field in 49.91.

Ryan opened in the fastest front half of the field in 24.01 and closed just behind Irie in 26.21 to collect 7 points for his Titans. In doing so, his 50.22 result sliced .19 off of his own Irish standard of 50.41 he produced at the 2019 European Short Course Championships.

Ryan also competed in the 50m fly on this final day of ISL match #3, falling just .01 shy of matching his own national record of 22.96 in that event to place 7th overall.