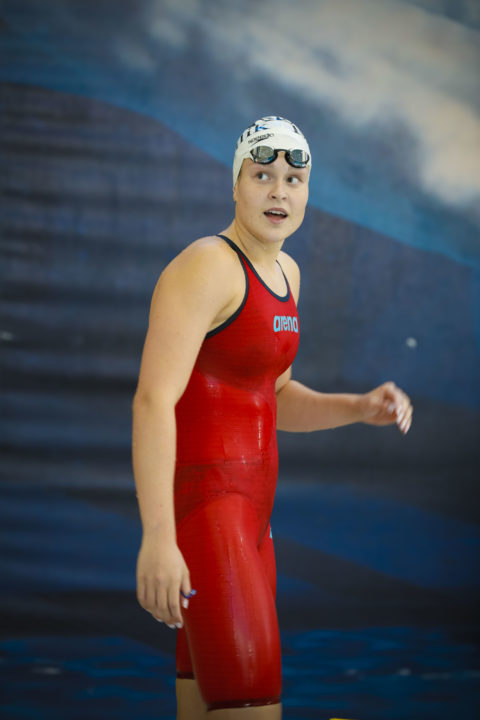 17-year-old Anastasia Gorbenko proved her worth to the LA Current in spades across the International Swimming League’s early matches, striking down Israeli national records and raking in points with seemingly every swim.

Her latest victim was once again the 100m IM, where Gorbenko lowered her newly-minted Israeli national record by another .15.

Entering this match #3 with a lifetime best and Israeli standard of 58.21, the ‘stay wavy’ swimmer stopped the clock tonight in a mark of 58.06 to claim 7 points for her LA Current squad en route to 2nd place. Winner Runa Imai of the Tokyo Frog Kings was the only swimmer to claim a mark under 58 seconds with a final result of 57.94.

Splits for Gorbenko included 26.38/31.68 for her new 58.06 record. Of note, the European Junior Record still stands at the original benchmark of 57.68 put in place when the EJR were initially inaugurated.

In 4 days of competition across 2 meets so far in this ISL season, Gorbenko has broken 4 Israeli Records and 2 European Junior Records: