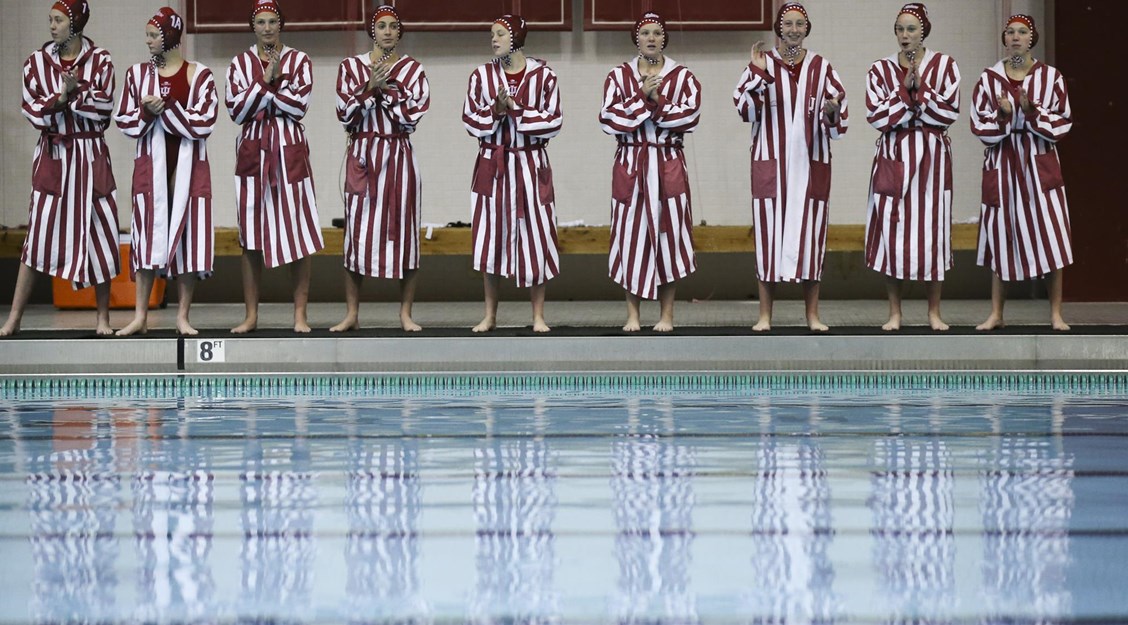 Here’s a rundown of who else made a name for themselves on Week 7, including top goal scorers and conference honorees.

#1 USC got six goals from Maud Megens in 22-8 win over #19 San Jose State on Friday. Bayley Weber added a hat trick for the Trojans, while Olga Descalzi Portell chipped in three scores for the visiting Spartans.

Elyse Lemay-Lavoie scored six goals for #5 Hawaii, but #4 Cal held on for a 10-9 win on Sunday, thanks in part to a four-goal onslaught by Emma Wright in the third quarter.

Bucknell’s Ally Furano put in six goals and added two steals in a 12-8 loss to #22 San Diego State. She also notched five goals in a 17-3 victory over Fresno Pacific and chipped in four in a 11-10 loss to RV Azusa Pacific.

VMI’s McKenna Imset scored six times in each of the Keydets’ Sunday victories (13-6 over St. Francis Brooklyn and 14-13 over LaSalle). Sarah Dolitsky had a hat trick in each game. LaSalle’s Sarah Defuso matched Imset’s effort with six goals in the latter match.

Imset also posted a four-goal effort as the Keydets topped Siena 9-5 on Saturday, while Dolitsky added three scores. Siena’s Georgia Vargas scored three goals in the loss. Imset notched a hat trick in the team’s 13-5 loss to #21 Marist earlier in the day.

Cal Lutheran’s Lexi Rond notched a hat trick in an 11-4 win over Claremont-Mudd-Scripps on Wednesday.

Kenzi Snyder, UC Santa Barbara – Registered 13 saves in the Gauchos’ 6-4 win over #8 UC Irvine; improved her record to 10-5 on the season between the pipes.

Player of the Week: Ally Furano, Bucknell – Registered 16 goals and six assists at the Aztec Invitational; scored four goals and added three steals in a 11-10 loss to RV Azusa Pacific; put in six goals and added two steals in a 12-8 loss to #22 San Diego State; notched five goals in a 17-3 victory over Fresno Pacific; accounted for a goal and an assist in an 11-4 loss to #14 UC San Diego.

Defensive Player of the Week: Carsen Horvatich, Marist – Made 15 saves against LaSalle and VMI to move the Red Foxes to 2-0 in MAAC play with a save percentage of .600; held both opponents to just five goals.

Player of the Week: Madison Tagg, Cal – Stopped two penalty shots among nine saves in the #4 Bears’ 10-9 win over #5 Hawaii on Sunday.

Newcomer of the Week: Bayley Weber, USC – Scored five goals in the Trojans’ wins over #8 UC Irvine (11-5) and #19 San Jose State (22-8); notched two goals on two shots against UCI and delivered a hat trick against SJSU; also added an assist vs. the Spartans.

Defensive Athlete of the Week: Audrey Hattori, Chapman – Helped the Panthers to a 9-5 conference win over Occidental, notching three steals and an earned exclusion; tacked on two steals and five earned exclusions in an 8-7 loss to the Redlands; totaled three goals and an assist on the week.

Player of the Week: Grace Pevehouse, UC San Diego – scored a team-best 10 goals at the Aztec Invitational; put in a career high five goals in an 11-4 win against #20 Cal State Northridge; scored two goals in the team’s 12-7 win over Azusa Pacific; added a hat trick in a 11-4 victory over #24 Bucknell to wrap up the weekend

So hoping the Indiana men’s S&D team shows up at NCAAs in those striped bathrobes.