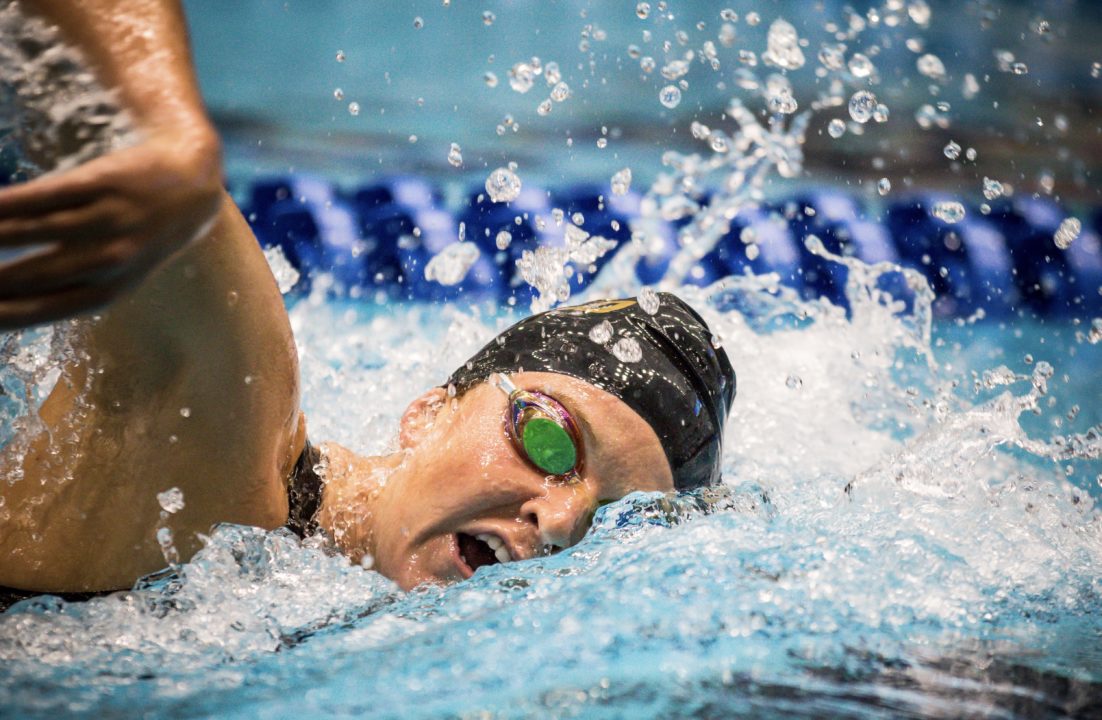 Ups/downs for the women's meet on Day 2. Current photo via Jack Spitser/Spitser Photography

(Includes 1650 free from psych sheet; does not yet include 155 points for 3m diving)