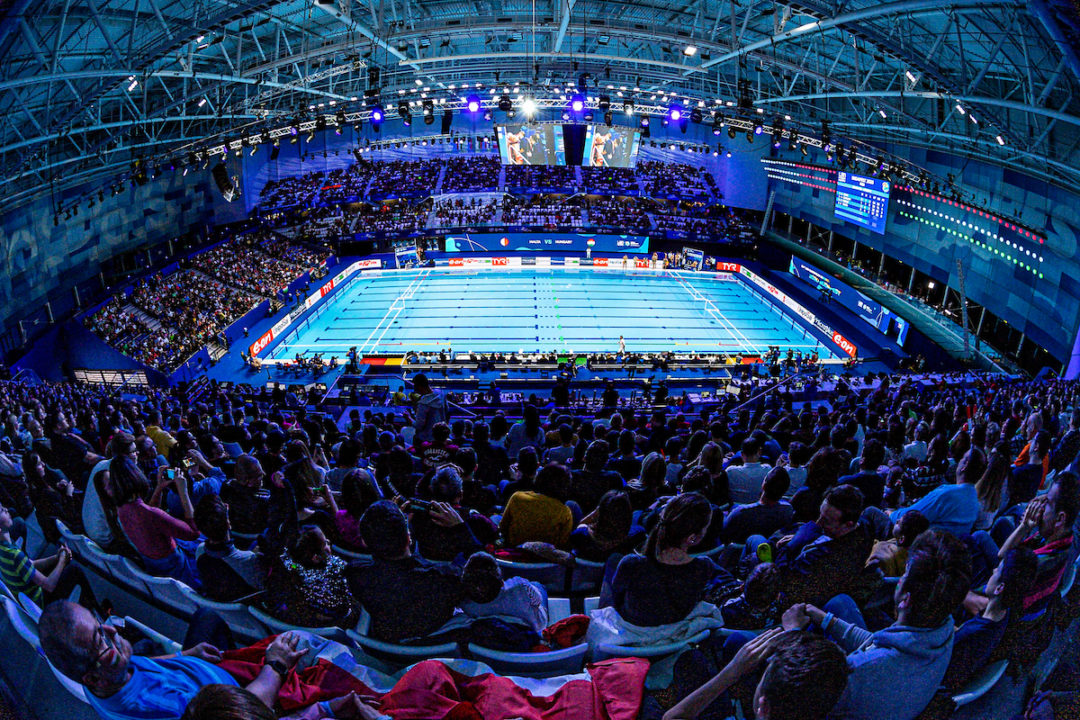 Italy, Hungary and Serbia followed Croatia to the quarter-finals after convincing wins in the last round of the prelims. Current photo via Pasquale Mesiano / Deepbluemedia / Insidefoto

Italy, Hungary and Serbia followed Croatia to the quarter-finals after convincing wins in the last round of the prelims. Hungary indeed needed a 20-goal victory to build a better goal-difference than Spain and its match ended up in a 26-0 rout of Malta, the first shutout since 2001, a new scoring record for this tournament and the hosts also tied the largest-ever win in the history of the Europeans.

The scoring race between Spain and Hungary offered the biggest excitements on the last day of the prelims. It kicked off early as the Spaniards started the day with the game against Turkey. Though the opening period was surprisingly close (3-5), then they geared up and by the end of the third quarter they already managed to produce the same score-line Hungary achieved at the end of the game against the Turks (5-19). After the 8-goal
rush in the third, Spain could add five more in the closing period, thus the bar was raised high as the Hungarians needed a 20-goal win to finish ahead of their group-rival.

However, the Spaniards told immediately after their game that the Hungarian shooting machine should produce enough goals to finish atop – and they saw the future. In the evening the Magyars left no chance for their rivals as they heavily guarded them at the back, so Malta’s first shot on target arrived with 2:06 to go in the second. By then the hosts completed the first half of the journey as they took a 10-0 lead, by halftime they were already 13-0 up.

With 1:07 to go in the third they had it at 20-0 and stopped at 26 much to the delight of the home crowd which filled the stands once more (the number of shots, 36-14, on target: 30-5, told the story). Gergo Zalanki netted 7 goals (from 7 shots), also a new individual scoring record in this event.

The 26-goal win ties the Greeks’ record from 2018 when they beat Turkey 27- 1, it’s also a new scoring record in this event (Spain netted 24 twice), though still two goals shy of Spain’s 28-goal single-match scoring effort from 1991 (against Great Britain). It was the first shutout in the men’s tournament since Spain had beaten the Netherlands 4-0 here in Budapest in 2001.

Croatia and Montenegro didn’t leave any room for doubt in Group A. The Croats smashed Slovakia with ease (Andro Buslje enjoyed a perfect afternoon with 5 goals from 5 shots) and the battle for the second place was also one- sided between the Montenegrins and the Germans. The latter ones could hold on until the middle the second period, than, after 1-2, the Montenegrins netted three in 1:43 minutes and never looked back.

The only hiccup occurred in Group B where Romania seized the opportunity that Russia could afford a narrow loss and still kept its second place. The difference in motivation was mirrored by the scoreboard, the Romanians scored four connecting goals after 1-3 in the second and they kept the lead for the remaining time. This win came at the cost of the Netherlands which beat the Romanians on the opening day but a big loss to Russia led to their drop to the 4th place.

On paper, beating the Serbs seemed to be out of reach for the Dutch, though they made a serious try, led 0-1 after the first period and 1-2 late in the second while the Serbs were nowhere near to their real level (netted 3 goals from 15 shots). Still, with a double in 63 seconds they went ahead by halftime (3-2), but the Dutch pushed on, regained the lead at 3-4.

That was the point when the Olympic champions switched to combat mood and staged a 5-0 rush till the end of the third: buried two man-ups virtually from the goal-line, Andrija Prlainovic added two action goals in 36 seconds, and one more came from Nikola Dedovic for a commanding 8-4 lead. And it continued the same way in the fourth, the Serbs netted three, while the Dutch remained scoreless till the end, in fact for the last 13:16 minutes.

The French also tried to complete a ‘mission impossible’ and to beat Greece in Group D in order to stay on board. The Greeks were superior in the first half, built a 2-6 lead but the French went ‘all-in’ in the third, netted six goals and before the last period they trailed by only one goal. However, the Greeks didn’t let it go (though they were in the same comfortable situation as the Russians), at 9-10 they netted two in 65 seconds and that closed down the game. Italy then thrashed the Georgians with a 6-0 rush in the last quarter to secure the first place and some extra resting days.

Very well written article. Thank you for posting it here.

Poor Malta and Turkey. These routs were the reason why IIHF got rid off ties in the group stage of the Ice Hockey World Championships.