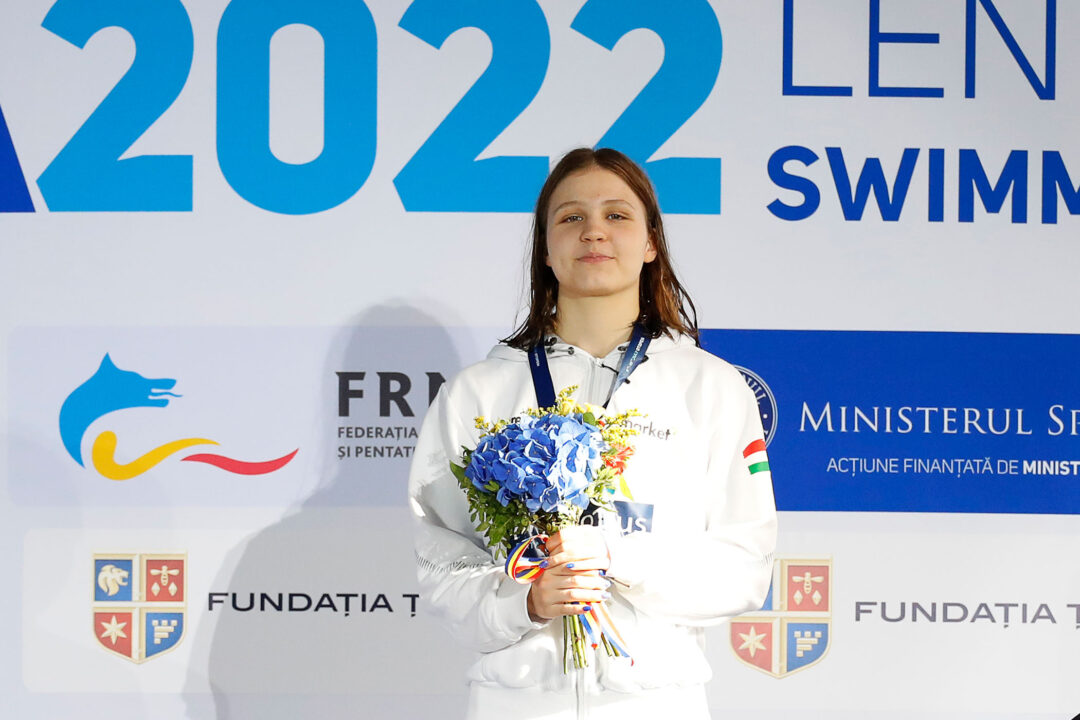 The 2022 European Junior Championships concluded today but not before the nation of Hungary secured some additional hardware to sit atop the medal standings when all was said and done in Bucharest, Romania.

After tonight’s final session, Hungary amassed a total of 14 medals, including 6 gold, 5 silvers and 3 bronze  to edge out runners-up Poland.

Poland was successful in its own right, earning 2 more medals in total than Hungary, although their gold medal count was one shy with 5, which rendered the nation #2 in the standings.

Romania, primarily fueled by multiple gold medalist David Popovici, rounded out the top 3 nations, having earned 9 medals with 5 of them gold.

Russia was the ultimate medal leader one year ago; however, their absence here due to the conflict in Ukraine helped open the door for Hungary to vastly improve upon its 7th position from 2021. The nation’s girls were the key driver in the success, earning 11 medals while their male counterparts collected just 2 over the course of the competition.

This year saw 25 distinct nations check in with at least one medal, while last year just 22 nations got on the board.

Medal table newcomers in 2022 compared to 2021 included Denmark, the Netherlands, Austria, Cyprus, Switzerland, Azerbaijan and Sweden. Besides aforementioned Russia, those who could not repeat with at least one medal included Bulgaria, Lithuania and Portugal.

I will happily and quietly eat my words now.

Hungary finished second after France in the women medley relay.