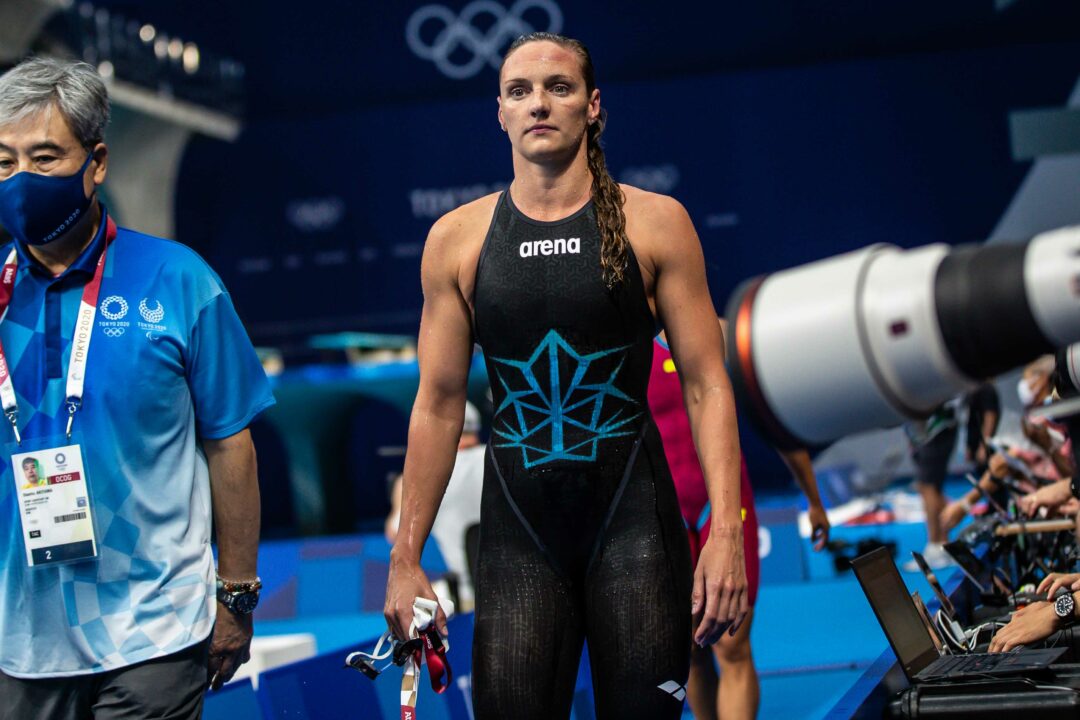 Multi-Olympic gold medalist and Hungarian icon Katinka Hosszu revealed she and boyfriend Máté Gelencsér are now engaged to be married.

‘Yes’ is the caption Hosszu accompanied with the picture of Gelencsér in the traditional one-knee pose. The pair have been together since 2019.

The man joined Hosszu’s coaching staff in late 2019 and while not having any known experience as a coach himself, he is the son of András Gelencsér, who is the coach of the Kópé Swimming School in Szentendre, Hungary.

Hosszu was previously married to fellow USC swimmer and eventual coach Shane Tusup. While she had immense success under Tusup, the two announced in December of 2017 that their relationship had hit a “difficult time,” which led to them attending a major Hungarian awards ceremony separately, and Tusup saying that he would “work to change.”

However, However, in May of 2018, the pair announced they were splitting personally and professionally.

Hosszu won 3 individual gold and 1 individual silver medal at the 2016 Olympic Games. At the World Championships, she won gold in both the 200 IM and 400 IM. She also scratched the 200 back, finished 17th in prelims of the 200 free to miss advancing, and finished 8th in the 100 backstroke.

At the 2020 Olympic Games, Hosszu’s highest finish came in the 400m IM where she placed 5th overall.

their vowel was actually: “till the pool is closed for maintenance…”

I miss Shane. So much material there.

You miss her being in an abusive relationship?

Do you have any clue what “so much material” means?

I think there is a valid point being made though. While Shane was a bit of a train-wreck and it was easy (and, yes, fun) to make jokes about his behavior, it’s important to keep in mind that someone was bearing the brunt of it.

Predictions on how long this lasts?

This could just mean he has no inadequacies

Why does she keep getting married to her coaches?

Why do her coaches keep proposing?

Gelencser is not actually coaching her. They put him in her coaching staff just to make it convenient for him to accompany her to any competition.

She is coaching her coaches

I thought the same thing. Kind of strange, but I guess whatever works for her.