How To Watch The 2021 ISL Playoffs 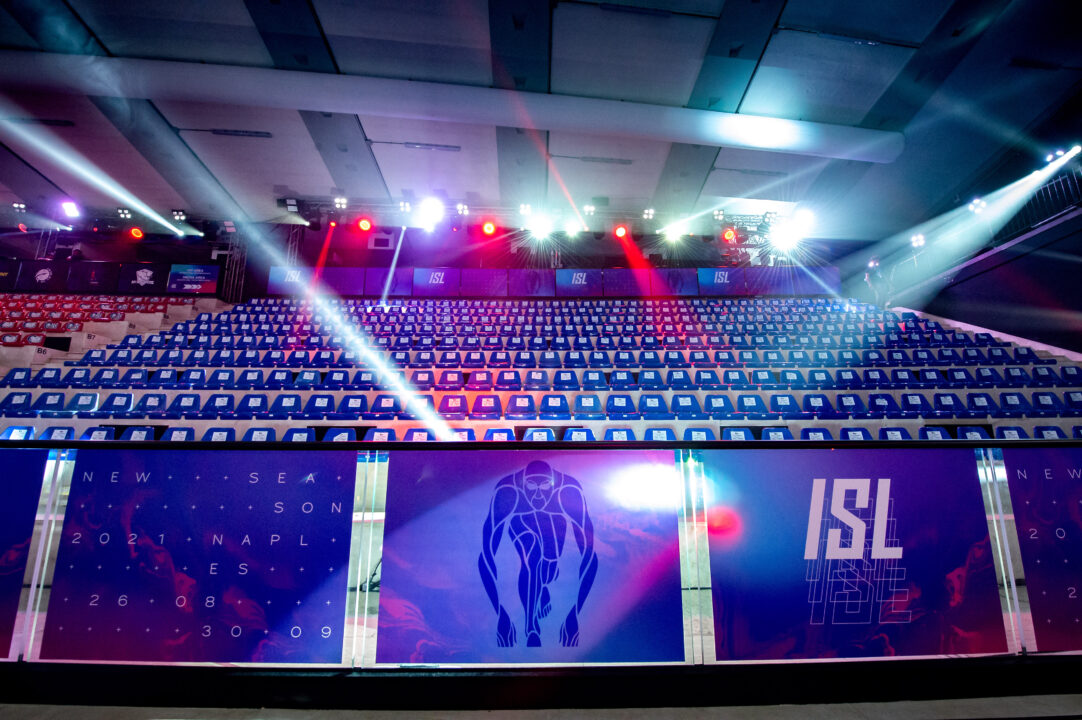 The playoff phase will consist of six matches, from November 11-28, with the top-four clubs advancing to the league final on December 3-4. Stock photo via Giorgio Scala / Deepbluemedia / Insidefoto

Swimming fans will have a few different viewing options for the 2021 International Swimming League (ISL) playoffs, which will kick off Thursday in Eindhoven.

The playoff phase will consist of six matches, from November 11-28, with the top-four clubs advancing to the league final on December 3-4.

The six matches will run Thursday-Friday and Saturday-Sunday over the next three weeks, all from 1-3 PM Eastern Time.

The BBC has announced that it will provide live coverage of all six matches live on BBC iPlayer, the BBC Sport website and its app.

The matches will also be streamed live on the CBC website, with the link for Day 1 of Match 1 on Thursday already set up here.

During the regular season, only the Toronto Titans matches were streamed on the CBC site as the lone Canadian club, but it appears that all of the matches will be live for the playoffs.

The other option is the ISL’s own streaming service, which you can find here, though unlike BBC and CBC, it includes a subscription cost.

If you haven’t already purchased the full season, buying the playoffs only is $27.60, while a single playoff match costs $6.00.

The ISL has not announced whether or not some of the matches will air live on CBS like some did during the regular season.

Not gonna lie super super excited for this

I am excited too. I subscribed on ISL platform just partly to help support ISL in a small way.

You’ll need a vpn. I’m in Canada and relatively easy to find a free one that’ll work. They will probably ask you to confirm you have a licence fee but there’s zero mechanism to check on this outside uk

All you need is a decent VPN that offers a great streaming service, and you’re good to go. Some examples that can be used are Ivacy, Surfshark etc.

We asked for a television list, but received no response.

Hopefully their streaming platorm will perform better during playoffs and there are no delays in them posting the replays.

Hopefully we can still watch it on Kayo in Australia

Kayo took soooo long to post replays and I already cancelled my subscription.

Looking at Kayo’s schedule, they will/should be showing the first 4 play-off matches live.

I’ll check it out if I have the willpower to raise myself from bed at 4am.

There’a any possibility to see again a Dressel’s 200Im today? 🙃