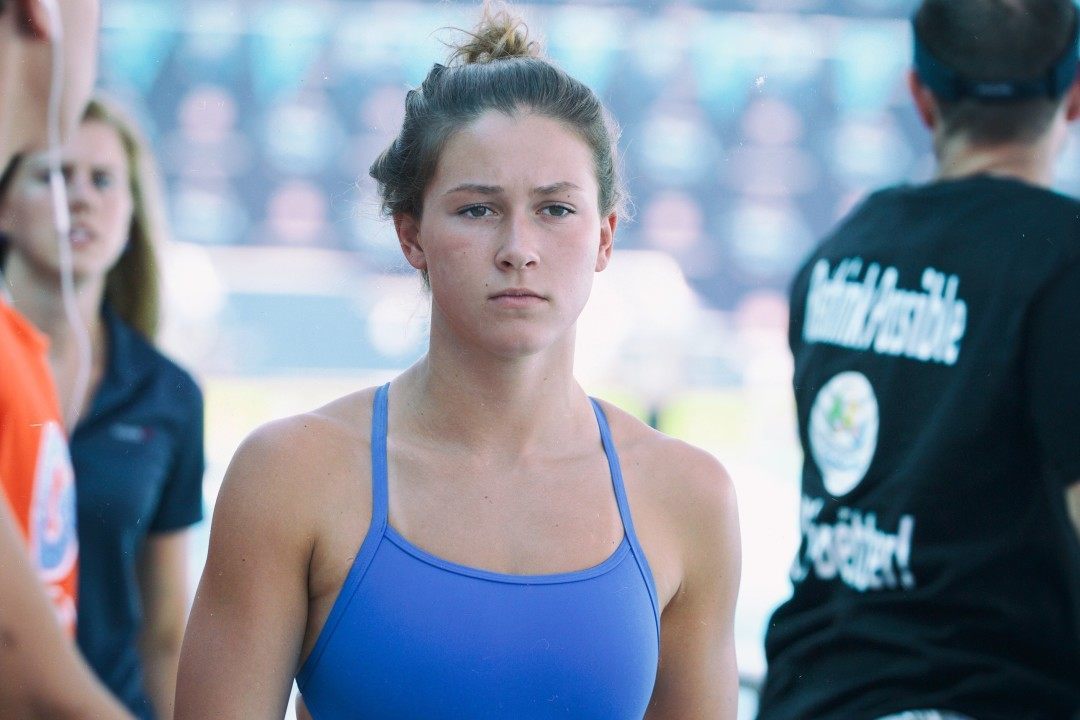 Ashley Volpenhein of Mason will look to defend her 50 and 100 free state titles this week. Archive photo via “Rafael/Domeyko Photography”

The St. Xavier boys will be seeking out their 9th-straight OHSAA D1 title this weekend, led by seniors Grant House and Luke Sobolewski. ASU commit House is the top seed in the 200 free (1:35.79) as well as the 500 free (4:21.19), while Sobolewski owns two top seeds in the 100 fly (48.69) and 100 back (48.51). In addition to their stars, St. Xavier owns the top times in all three relays by considerable margins, making it seem like this team is more than capable of taking home D1 title number nine.

Brecksville’s David Madej, the top seed in the 100 free (44.58), will go head-to-head with 50 free top seed Nathaniel Mullens (20.45) of North Canton Hoover in both sprint races. The breaststroke should be a great race, as well, as top seeds Jason Mathews (55.04) of Pickerington North and Zach Baecker (55.75) of Springboro are the only swimmers under 56 seconds.

Going for State title number 9 in a row for St. X. Number 38 total.