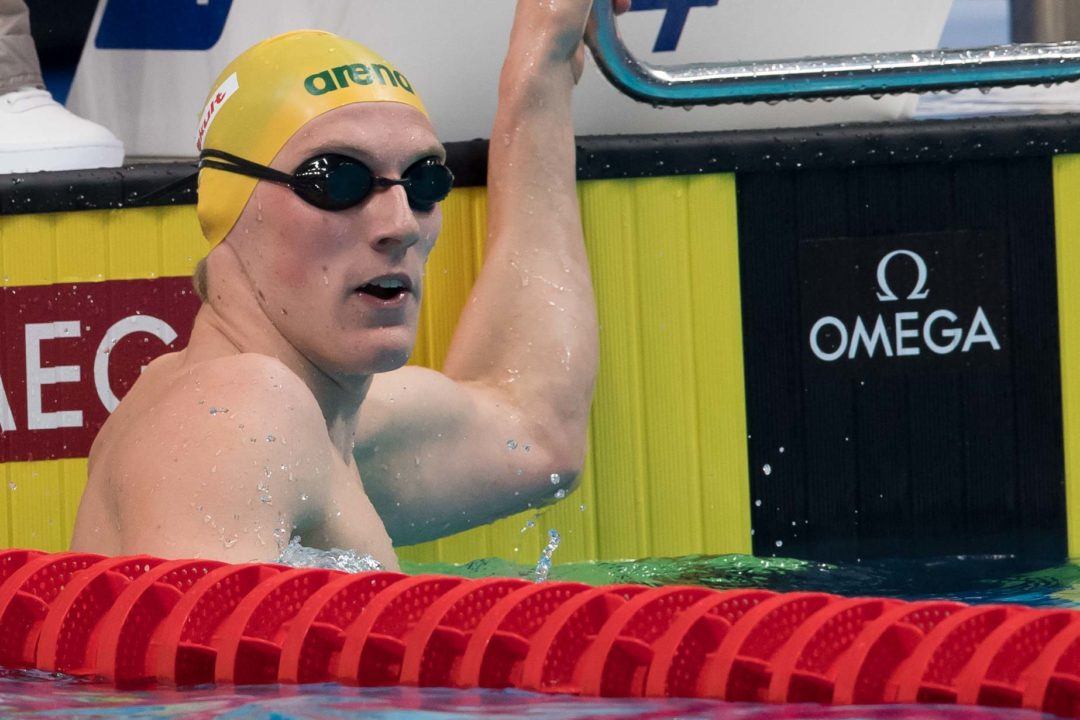 Short-term trainingmates Mack Horton of Australia and Gregorio Paltrinieri of Italy went 1-2 at the 2017 Hamilton Island Whitehaven Beach Ocean Swim over the weekend in Queensland. The race reportedly came down to the wire, with Horton out-toiuching the Italian at the finish line, giving the Australian his 2nd consecutive title.

The swim is part of the Great Australian Ocean Swim Series, which includes events on the Gold Coast, Sydney and Byron Bay. The 2k Whitehaven race stretches over Whitehaven Beach, characterized by white sand and clear water, and the race includes view of teh Great Barrier Reef.

Paltrinieri is in the midst of a 6-month training stint with Horton at Melbourne Vicentre, but plans to fly back to Europe to take part in the 2017 European Short Cousre Swimming Championships in December. He’ll then fly back to Melbourne, where he will likely spend the Christmas holidays, to resume training with Horton.