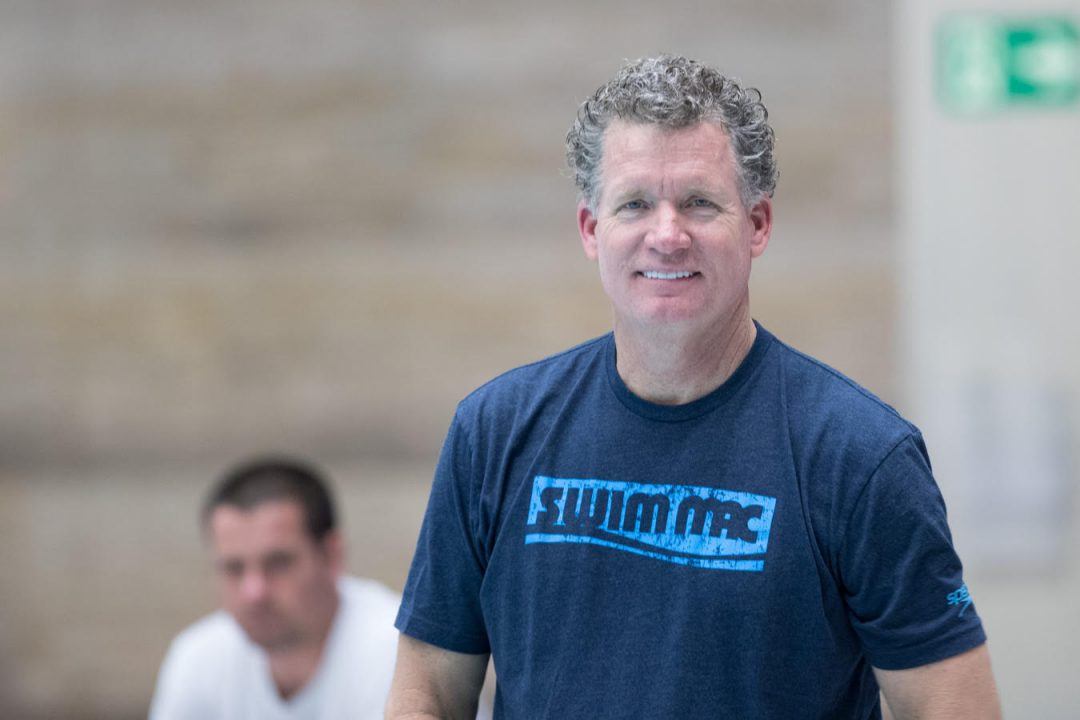 We're back with swimming's TopTenTweets of the week. Archive photo via “Rafael/Domeyko Photography”

We’re back with swimming’s TopTenTweets of the week. If you haven’t noticed, David Marsh has been killing the Twitter game in his return to college swimming — so much so that he took two out of the top 10 spots this week. From Golden Goggles attire to some impressive age groupers, scroll to see what made the cut!

Title should've been "It's Been a Pretty Tough Transition." Hard to walk away from the sport you love. Thanks for the vid @swimswamnews https://t.co/FDg3VxdfFp

Plummer is keeping it real.

4 years ago today I completed something that I was repeatedly told was impossible – swimming the length of Britain. Keep true to your dreams and never give up everyone. pic.twitter.com/obfvSIEkHl

If he can swim the length of Britain, you can make it through Monday morning practice.

How are you feeling after the first swim practice of the 2017-18 season?

Even legendary coaches aren’t above this age old swim tradition.

It’s always a good time to show the D-squad some love.

#GPAC Elite finished up workout with a complex of weighted wall sits into squat jumps. Some of the boys decided to up the ante a bit. pic.twitter.com/sthHjn9Sx7

The girl on the right is all of us.

An oldie but goodie.

Update: I️ still don’t have anything to wear for golden goggles. Should I go with the Dino suit or nah?

We’ve got an early frontrunner for “best dressed.” Check out the dinosaur here.

Anywhere, Anytime. Your attitude is everything no matter who you want to be. Some fun in the ☀️ pic.twitter.com/CE6wh7qiVL

Just imagine being the lap swimmer in the background swimming freestyle and getting passed by Adam Peaty.

I’d go with “back in my day” snowing in miami-walking up hill- asbestos dropping from the ceiling at AU.. 45 min on a stretch cord in place. https://t.co/9hQuiEqxGh

Our jaws are dropping at “45 min on a stretch cord in place,” but whatever he did, it worked.

Ok, it’s 20 something degrees & miserable on the east coast & worse than that in the Mid West & yet the weather is so nice in San Diego.

That’s not Marsh trolling a little video there. Oh no, nope, not at all.