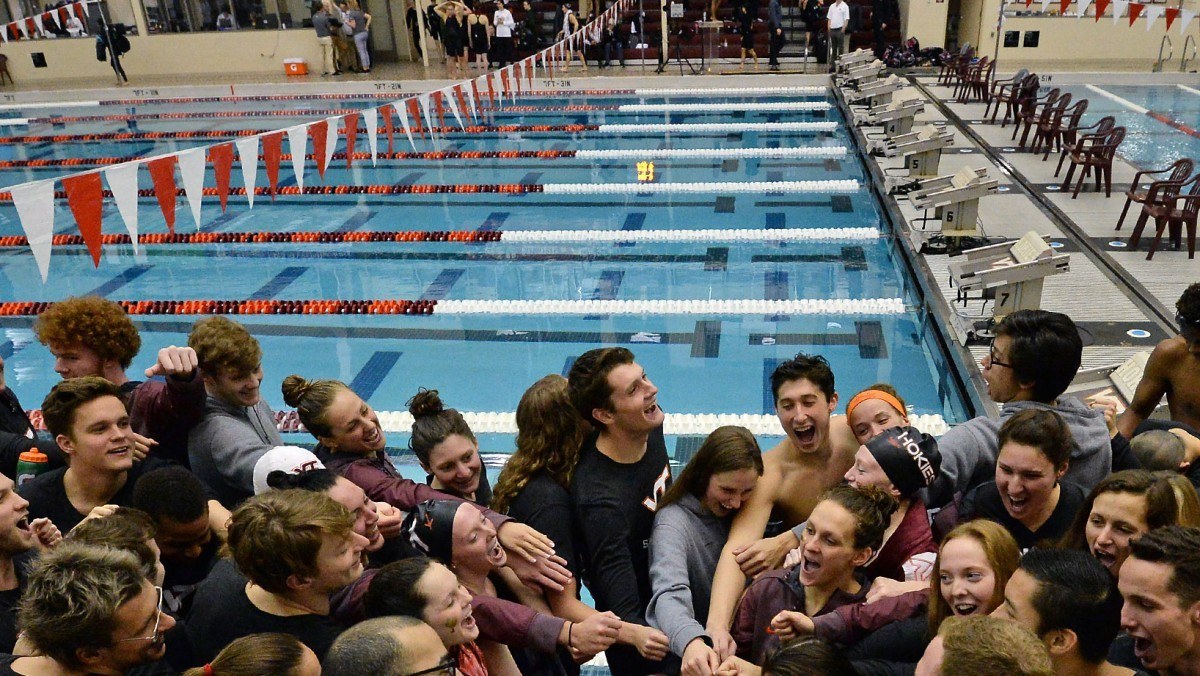 The Virginia Tech Hokies took down six pool records and threatened a few school records on the first day of the VT Invite.

The Virginia Tech Hokies are hosting one of those invites this season, with a few NC State swimmers in attendance, along with most of the VT team competing, and six pool records went down on the first day of the competition.

VT freshman Emma Atkinson continued her strong season with a pool record in the 100 back, breaking the previous mark of 52.63 with her 52.23 leading off the Hokies’ 400 medley relay. Atkinson’s best time coming into college was a 52.80, and she’s now been under that seven times this season, with her best time a 52.03 from December. Atkinson also hit a personal best of 4:47.12 in the 500 free.

The Virginia Tech men also took down three pool records, starting with Antani Ivanov‘s 4:17.96 in the 500 free, which clipped the previous record of 4:18.83.