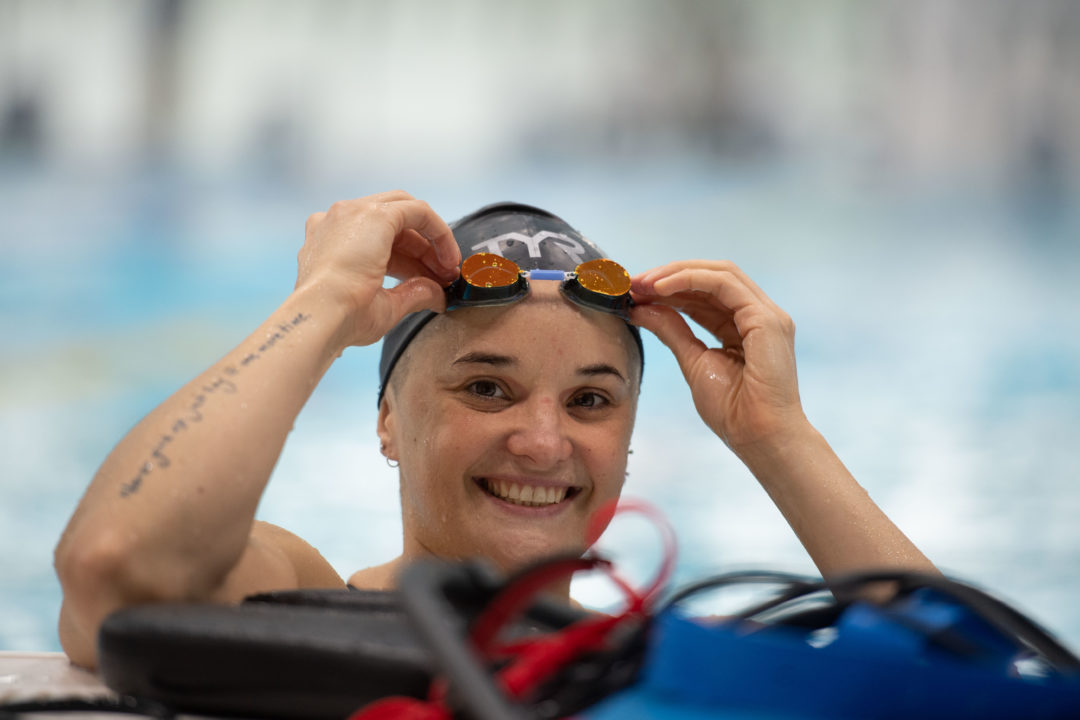 27-year-old Melanie Henique already made her mark at these 2020 French Elite Championships, knocking down a new national record last night in the women’s 50m fly.

Hitting a time of 25.24, Henique wrote her name onto the French record books, become the world’s 5th fastest performer all-time in the process. You can read more about her feat here.

It turns out that was merely the tip of the iceberg for the Team Iron ISL swimmer, as Henique took down the French national record in the women’s 50m freestyle morning heats here in Saint-Raphaël.

Posting a morning time of 24.34, Henique hacked exactly .20 off of the previous French national standard of 24.54 Anna Santamans put up at the 2017 World Championships. In doing so, she dipped under the French Olympic qualifying standard, which was set at a super stiff 24.53, faster than the aforementioned NR.

Entering this meet, Henique’s personal best in this splash n’ dash was represented by the 24.86 she registered in Nice this past February. Flash forward to this morning, however, and she obliterated that mark with her newly-minted 24.34 national record, becoming the 24th fastest performer all-time in the process.

And, Henique still has the final later tonight, where we’ll see her try to take the gold and hold off challengers Beryl Galstaldello and Charlotte Bonnet, who posted morning swims of 24.87 and 25.22, respectively.