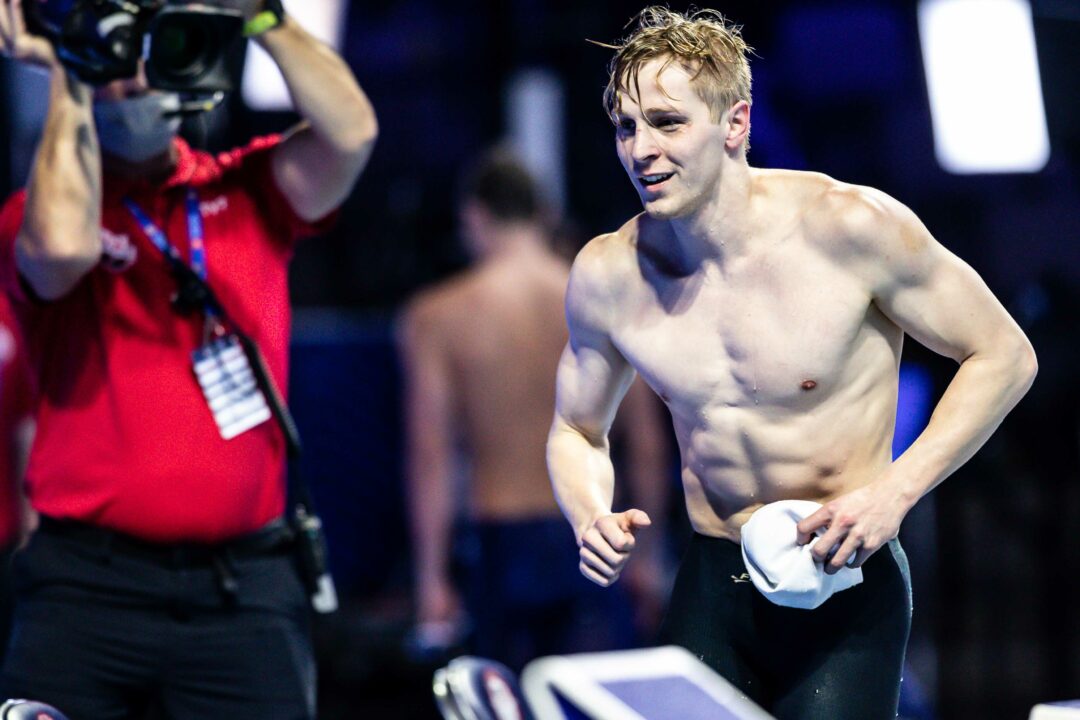 Alex Walsh and Zach Harting spoke to the press after after punching their tickets to Tokyo by winning the women's 200 IM and men's 200 fly last night. Current photo via Jack Spitser/Spitser Photography

The ACC picked up a couple event wins tonight, as current UVA swimmer Alex Walsh won the women’s 200 IM, while Louisville alumnus Zach Harting made the Olympic team with a win in the 200 fly.

In a post-race press conference, Walsh credited her UVA teammates with her helping her to her success. The Cavaliers are shaping up to be well-represented on Team USA. Paige Madden took 2nd in the 400 free and earned a spot on the 4×200 free relay, while Kate Douglass took 2nd in Walsh in the 200 IM.

Harting described how he was more nervous heading into the race than he expected to be, but was happy about how he executed his race plan. He also expressed his gratitude for everything that went into making the meet happen, despite the challenges of the last 15 months.

In another crazy three-way finish, Zach Harting and Gunnar Bentz claim the two Olympic spots in the men’s 200 fly, leaving Luca Urlando, the man with the fastest best time in the field, locked out.

Just as he did in the semis, Trenton Julian took the race out hard, leading at every turn, with Urlando and Nicolas Albiero close behind at the 100. Then at the 150, you could draw a line across the top-five as Harting and Bentz pulled even with the leaders.

Down the final few meters it was Harting, Urlando and Bentz battling it out, with Harting creating a bit of separation on the final few strokes to win it in 1:55.06, just .01 off of his personal best time set at the 2018 Pan Pacs.

Urlando, who swam a time of 1:53.84 in June of 2019 but hasn’t been at the same level since going to the University of Georgia last fall, takes third in 1:55.43, just the seventh-fastest swim of his career. The 19-year-old had also scratched the 200 free final to focus on this race.

Harting is awesome. At their core, sports and competition are supposed to be fun and it’s refreshing to see someone prioritize that at this level.

Harting is absolutely fantastic. He also nailed the warmup pool etiquette thing. I can sense that having that lighthearted attitude on the team is going to be awesome.

Quote of the presser for me: “If we’re not having a good time [in Tokyo], we’ll just leave. That’s my motto”

I love Zach Harting! Can we ask him to help with the Team USA video this year? I think after the past 15 months, we are due for some Zach Harting laughter and entertainment.