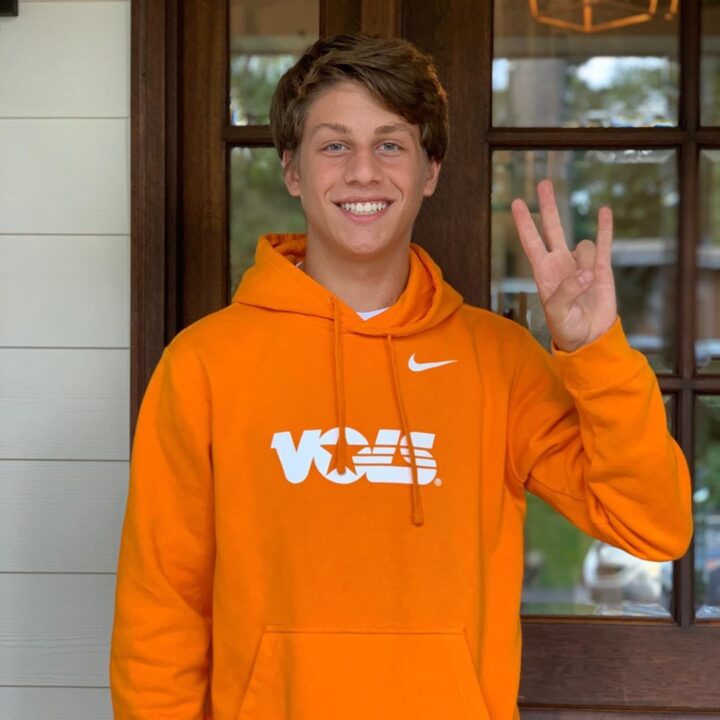 One of the top divers at this year’s Junior National Championships, Harper Thornett has already made his college decision for 2023, electing to become a Volunteer by joining the University of Tennessee. Thornett is from McLean, Virginia where he trains with the Alexandria Dive Club.

While only just beginning his junior year of high school, Thornett has seen success on the National level on numerous occasions. He currently ranks in the top-30 of the 1-meter, 3-meter, and platform among under-18 divers in the United States. In 2021 he competed in the USA Diving Junior National Championships, finishing in 12th on the platform with a score of 379.45. He also added a 21st place finish on the 3-meter at that meet. That contest marked his third time competing at Nationals, having qualified in 2018 and 2019.

The Vols divers are led by head coach Dave Parrington, who has been with the team for 32 seasons. In his time with the program, he has produced a total of 9 NCAA champions, 44 SEC champions, and been named SEC Coach of the Year on 15 occasions. He most recently produced an NCAA champion in 2019, when Andrew Zeng claimed the title on the 1 meter a year after winning the platform event. Outside of Tennessee, he has served as the head coach of Team USA at the 2014 FINA World Series and as the head coach of Team Zimbabwe at the 1996 and 2000 Olympic Games.

Finally the man VOLS got a American diver