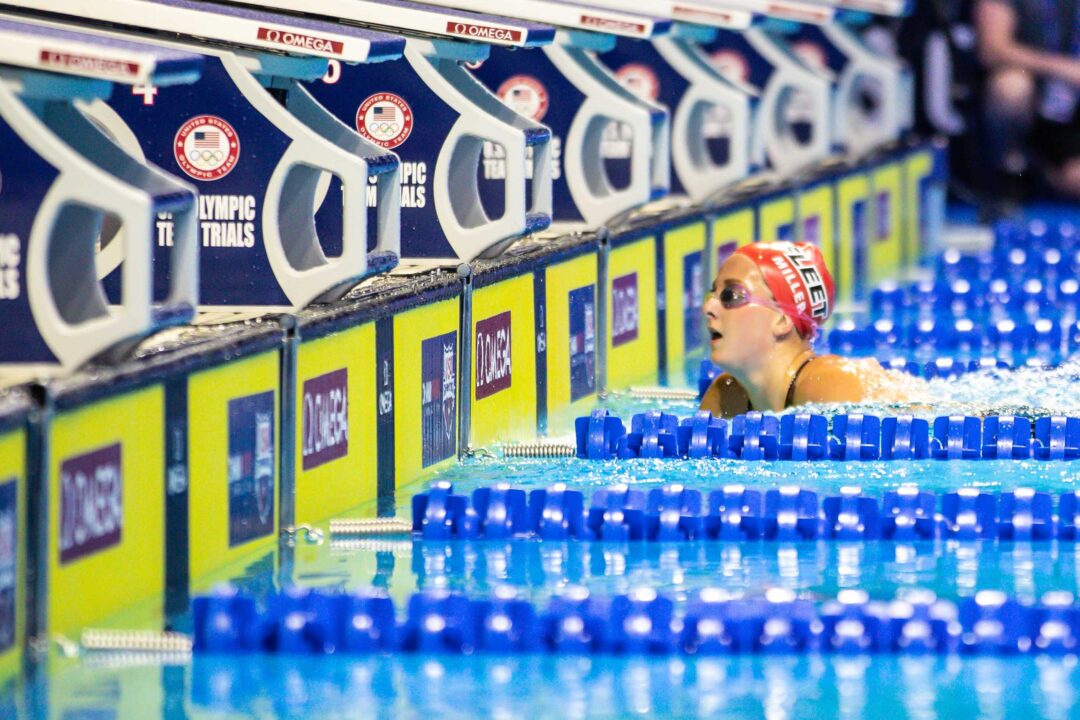 University of Florida-bound Hayden Miller, the No. 12 recruit in the 2022 class, swam a 4:41 flat in the 500 at the TISCA Gulf Invite in Shenandoah, TX on Nov 19th. This TISCA mid-season invite serves as a midseason peak meet for many swimmers, with some resting and suiting up for the meet.

TISCA is the Texas Interscholastic Swim Coaches’ Association. Each season, they host a series of invitational meets with stiff time standards across the state that serve as important mid-season invites. Teams are usually suited, and often on at least a drop taper, for these meets, though there are no ‘qualifying standards’ for the Texas High School postseason (advancement is done by placement at District, then Regional meets), so there’s no motivation to hit a qualifying standard.

Miller, who was representing Cy Creek High School, would rank 2nd in the 500 on the Florida roster this year (behind Tylor Mathieu’s 4:39.98 at the Georgia Tech Invitational). After not placing any swimmers in the top 8 at the last NCAA Championships, Florida is looking at 3 swimmers with times that are close to making that meet’s final (Mathieu – who finished 11th at NCAAs, Miller, and Elise Bauer). Miller’s time is also the second fastest in the 17-18 age group this season.

Hard to leave out KWood boys 200 free relay breaking the Texas High School state record with a 1:21.94. All unshaven on just a 2 or 3 day drop.

Rumor has it most of these kids weren’t rested 🤯🤯

Yeah, I believe most only shaved, if they even chose to do that. I know that was the case at Lone Star TISCA, and the same here from what I heard of this one