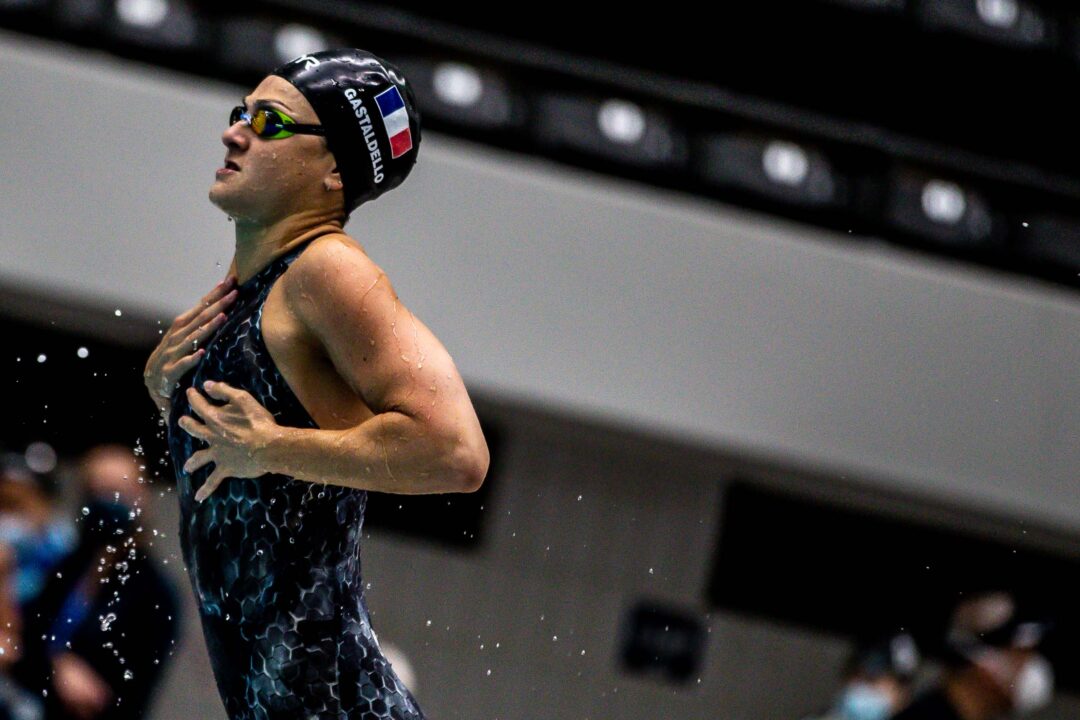 Beryl Gastaldello (above) swam at the Speedo Sectional in College Station after a recent move to train with Coley Stickels' pro group at Texas Ford Aquatics. Archive photo via Jack Spitser/Spitser Photography

Maximus Williamson and Beryl Gastaldello posted fast times at the Gulf Speedo Sectionals held at Texas A&M in College Station, TX on Mar. 3 – Mar. 7. Gastaldello is a French Olympian who post-Tokyo made the move to train with Coley Stickels in his pro group based at Texas Ford Aquatics. Maximus Williamson is coming off of a record-breaking performance at the Texas High School State Championship.

Gastaldello swam a time of 52.09 in the 100 back. She has not swam much short course yards since graduating college, where she swam for Texas A&M, with her best time coming back in 2015 at the SEC Championship when she swam a 51.73.

Under reporting. Jillian Cox winning the 1000 free with the 7th best US time and dropping 19 seconds winning the 1650, both PB’s. Plus winning the 500 & 200 free plus anchoring 3 relays to lead Longhorn Aquatics to their first Sectionals Championship.