US Olympian Claire Curzan Leads the Field for Cary Sectionals 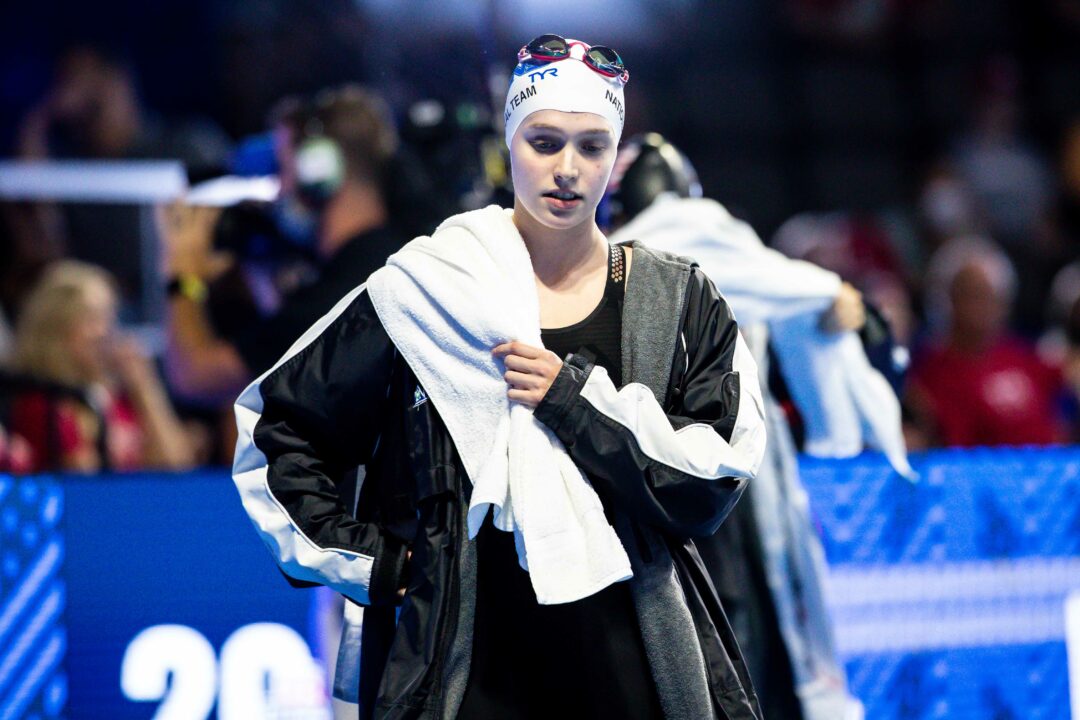 Claire Curzan will take on three 200 yard races this weekend at the Cary Sectionals. She is one of at least 6 swimmers in the US National Team system in attendance. Archive photo via Jack Spitser/Spitser Photography

The 2022 Cary, North Carolina Senior Sectionals will be one of three Sectional meets this weekend around the country (the others in Wisconsin and Missouri). With 3 US National Team members (Claire Curzan, Charlotte Hook, and Coleman Stewart), plus at least three Junior National Team members (Lance Norris, Michael Cotter, and Kiley Wilhelm), this should be one of the better sectional meets that we see this spring.

Curzan, a Tokyo 2020 US Olympian, returns home to race after swimming in the long course Pro Swim Series meet last weekend in Westmont, Illinois. Racing in yards again in her home pool, where she usually swims very well, she holds the top seed in the 100 fly, 100 back, 200 back, 100 free, and 200 free.

She is also entered to race the 200 fly, where she will have a blockbuster battle against her current club teammate and future Stanford teammate Charlotte Hook.

The 200 fly is Hook’s best event, and she is the top seed there. She was 3rd in the event at the US Olympic Trials last summer. Curzan doesn’t swim that race as often as the 100 fly or 100 back, and her best time is a 1:53.59 from a TAC intrasquad meet in July 2020 just as COVID-19 restrictions began to ease. Since that time, she has dropped 8-tenths of a second in the 100 fly.

While Curzan has been on fire in the shorter races of late, including National High School Records in both the 100 fly and 100 back, this weekend’s meet will be a chance to see where her progress is in a trio of 200 yard races. Expect some best times from her there.

Kiley Wilhelm, a member of the USA Swimming Junior National Team, will play foil to Curzan in a number of races, notably the backstrokes, where she is the #2 seed in both events. She also has a big battle as the #2 seed behind Hook in the 200 IM.

That 200 IM has a strong field that includes Brooke Zettel, who started the season at Florida but entered the transfer portal and is back training with the TAC Titans; and French swimmer Fantine Lesaffre, the 2018 European Champion in the 400 IM who is now training with the Wolfpack Elite pro group at nearby NC State.

In spite of proximity to a number of colleges, Lesaffre will be the rare post-high school swimmer at this meet as college programs are preparing for the NCAA Championships. 34-year old USA Swimming veteran Madison Kennedy will be another, racing as the top seed (by a full second) in the 50 free. So too will Coleman Stewart, the World Record holder in the 100 back in short course meters (50 free/100 free/100 fly/100 back) and ISL pro Aly Tetzloff (50 free/100 fly).

Baylor Nelson, the top recruit in the class of 2022 and a North Carolina resident, won’t swim at this meet, but there still will be some big battles in the IM races. That includes a matchup between Junior National Team members Michael Cotter and Lance Norris sandwiched as the #1 and #3 seeds around SwimAtlanta’s Sebastien Sergile. Those three will see a lot of each other next year when they begin their college careers: Norris and Cotter are attending NC State, while Sergile is committed to Virginia.

Well, she scratched put of her first event, the 200 free. As did Charlotte Hook. Those were seeds 1 and 2. 5th seed, another team mate also scratched out

Scratched the 100 fly, as well (Hook did swim though)

Time for LC meets. Trials are 6 weeks away

Thank you, any links?

SCY? Trials are at the end of April. It’s the middle of March. 🤮

You forgot about Coleman Stewart and Aly Tetzloff