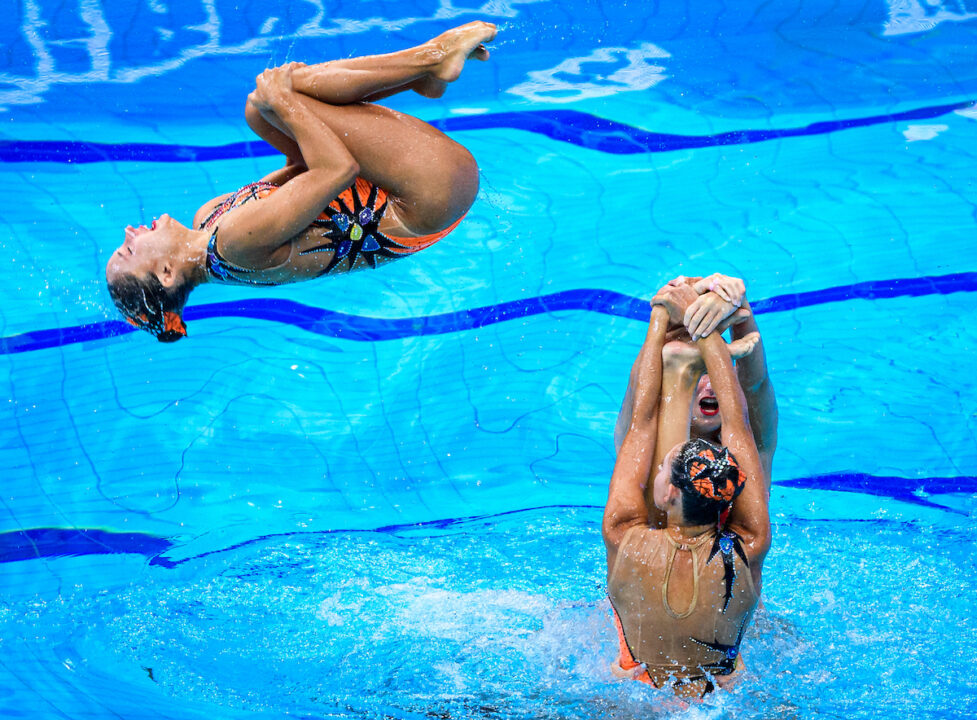 Greece has been forced to withdraw from the artistic swimming competition at the Tokyo Olympic Games after four of its athletes tested positive for COVID-19.

According to the Greek Olympic Committee (HOC), one swimmer tested positive on Monday, and three more Greek athletes returned positive tests on Tuesday.

“The team from the very first day it entered the village has not come into contact with any other member of the Greek Olympic team for obvious reasons,” the HOC said, according to Reuters.

The artistic swimming competition in Tokyo got underway on Monday, with the preliminary round of the Duet Free Routine. Greece had tied for 10th, which would qualify them for the final on Wednesday had they not been forced to withdraw. 13th-place Mexico gets bumped up into the final.

There were 18 new Games-related COVID-19 cases reported on Tuesday, bringing the total to 294 since July 1.

Managing the virus in Tokyo as a whole has been a struggle a swell, with 3,709 cases newly-reported on Tuesday after the city recorded a record-high total of 4,058 on Saturday.

Greece sent eight artistic swimmers to compete in Tokyo, having qualified in both the Team and Duet competitions. The Greeks were pre-qualified in the Duet event by virtue of their finish at the 2019 World Championships, and qualified to compete in the Team event at the Olympic Qualifying Tournament earlier this year.