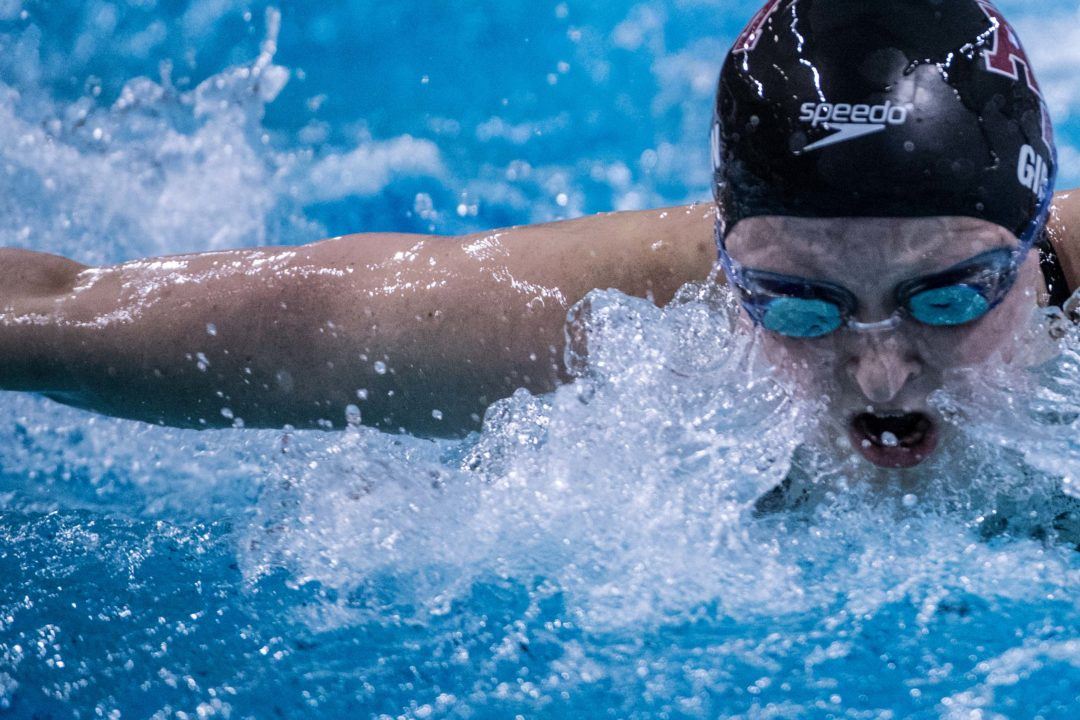 Sarah Gibson adds the 50 fly to her Worlds schedule with a time trial win over Abbey Weitzeil in 26.40. Current photo via Mike Lewis/Ola Vista Photography

Shortly after the end of tonight’s session, Texas A&M’s Sarah Gibson and Cal’s Abbey Weitzeil swam a 50 fly time trial to see who would be able to swim the event at the World Championships. Gibson qualified earlier in the 100 fly, while Weitzeil didn’t punch her ticket to Budapest until tonight with her runner-up finish in the 50 free.

As the winner of the 100 fly, Kelsi Worrell will swim the event in Budapest, but the second spot was up for grabs. Gibson and Weitzeil were racing not only to win, but in order to swim this in Budapest they also had to be under the FINA ‘A’ cut of 26.49.

It was a very close battle, but Gibson got the touch in 26.40, adding this event to her World Championship schedule. Shortly after swimming the 50 free, Weitzeil came back with a very solid swim in 26.56.

Check out a full recap from tonight here.

Looks like only Gibson made the A cuts anyway.

It’s a shame Moffitt doesn’t get to swim it. She was 26.1 in the individual race