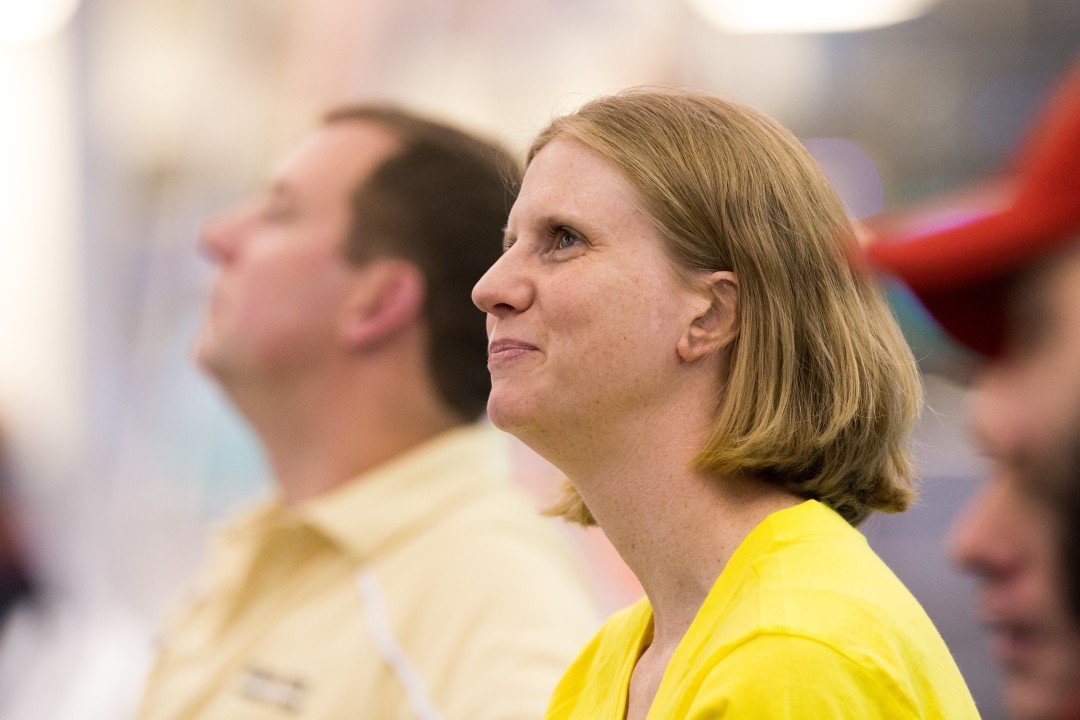 The 2022 European Junior Championships are nearly upon us, slated to begin on Tuesday, July 5th, and span through Sunday, July 10th.

The Yellow Jackets showed off their men’s breaststroke strength, winning both the 100 and 200 breast decisively. Moises Loschi won the 100 breast by over 2 seconds with a time of 55.03.  Caio Pumputis took the 200 breast with a time of 1:58.16, winning by almost 10 seconds.

Georgia Tech’s Rodrigo Correia won both men’s backstroke events with dual meet personal best times. Correia took the 100 back with a time of 47.88, which was his fastest of the season and faster than his fastest dual meet time from last season by almost 3 seconds (50.40). He also won the 200 back with a time of 1:46.56, which is his best time ever, 2 and a half seconds faster than his previous PB of 1:48.93.

THE FLATS – Georgia Tech swimming & diving got its second sweep in a row in dual meet action, downing Delta State University on Saturday afternoon at the McAuley Aquatic Center. The women’s team clinched the sweep with an impressive 201-90 win over the Statesmen, while the men’s team came away with a 198-96 victory.

“I’m happy with the way we swam today,” head coach Courtney Shealy Hart said. “I think that every time you have a chance to compete, you have a chance to get better. And I think we had some really good performances today. I’m especially proud of Cami [Camryn Hidalgo] for what she did today, breaking the two school diving records. She’s work really hard in her first year and has earned these results.

“On the other side, I thought Rodrigo [Correia] did really well in the backstroke and Kaitlin [Kitchens] in the freestyle. Julia [Shuford] did a really good job in the breaststrokes, and Caio [Pumputis] and Albert [Zhi] swam well too. It was a good meet across the board.”

The Yellow Jackets will head back on the road in two weeks when they travel up to Georgia for a 4 p.m. ET meet on Wednesday, Nov. 8.

The impressive victory was highlighted by reigning ACC Women’s Diver of the Week Camryn Hidalgo in the diving pool. En route to helping Tech sweep the diving events, Hidalgo rewrote the program record books with a score of 353.63 in the 3-meter event. Her score eclipsed the previous all-time best mark of 351.60 that was set by Laurissa Prystaj in 2005.

Hidalgo also captured first place in the 1-meter dive with a score of 331.35, which surpassed the previous event record of 321.15 that Shannon Lumbra recorded in 2016.

Abbey Yates and freshman Paige Gohr took second and third, respectively, in the 3-meter, finishing with 267.90 and 260.78, respectively.

The day started with Georgia Tech taking the top two spots on the 200-medley relay, where Allie Paschal, Catriona MacGregor, Morgan Lyons and Megan Hansen took the top spot with a 1:45.20 time, while the team of Sara Gilbert, Kristen Hepler, Chloe Miller and Celine Nugent were just three seconds back for second.

The endurance test of the day came in the mile race where Georgia Tech showed its strength, taking the top four spots. Emily Ilgenfritz swam a 17:26.07 time for the first-place finish, while freshman Camille Long, Tamir Gonen and Sara al Khatib finished second through fourth, respectively.

Kaitlin Kitchens then led the women to a victory in the 200 free where she touched the wall at 1:51.16, while Megan Young earned a first-place finish in the 100 backstroke with a 56.50 finish.

Continuing their strong day, the Yellow Jackets captured another victory in the 100 breaststroke behind Florina Ilie (1:05.06) and freshman Julia Shuford (1:06.07), who finished first and second, respectively.

In the 50 free, Hansen led all with a 24.18 time, while freshmen Nugent and Paschal finished second and third, respectively. Hansen then finished second in the 100 free behind teammate Kitchens, who finished with a 51.22 time.

Paschal continued her strong freshman season, finishing first in the 200 backstroke with a 2:02.71 time, while fellow first-year swimmer Shuford captured the win in the 200 breaststroke (2:19.96). Ilgenfritz then captured her second win of the day in the 500 free, winning with a time of 5:01.82.

The final event of the day came in the 200 free relay. Georgia Tech ended the day with an exclamation mark as Iris Wang, Lyons, Paschal and Kitchens took first place handily, with their time of 1:34.88.

The Jackets also too second in the 200 butterfly as Maddie Oliver was edged by just .03 seconds, finishing with a 2:06.21 time.

The Jackets swarmed out to a quick start in the 200 medley relay, taking the top three spots. With a decisive five-second lead, the team of Rodrigo Correia, Caio Pumputis, Franco Reyes and Corben Miles took first to start the day.

Two Tech sophomores led the team to a victory in the mile heat. Joonas Koski finished with an impressive time of 16:00.30 for first before Brennan Day touched the wall in second at 16:07.10. Two freshmen followed that up with a victory in the 200 free. Albert Zhi took first place with a 1:40.99 time, while Christian Ferraro came in second at 1:41.95.

The Jackets swept the diving events, capturing the top four spots in the 3-meter dive. Matt Casillas earned top marks with a 404.25 score in front of freshmen Henry Carman (359.70) and Jacob Kreider (347.55) who finished in second and third. Freshman Davis Waln finished in fourth with a 332.55 time. Casillas went on to earn a first place finish in the 1-meter dive as well, finishing with a score of 359.40 overall.

Correia then captured his second victory of the day in the 100 backstroke where he took first place with a 47.88 time, while Moises Loschi won the 100 breaststroke by more than two seconds (55.03).

Pumputis continues his successful freshman campaign, earning another victory in the 200 butterfly (1:49.12), before another first-year Jacket in Zhi took the 100 free victory with a 45.51 effort. Correia then recorded his third win of the day at the 200 backstroke (1:46.56).

The 200 breaststroke also belonged to Pumputis, who posted an impressive 1:58.16 time – a full nine seconds faster than the second-place finisher. Loschi then won the 500 free by nine seconds with a time of 4:45.95 before Pumputis again took first, this time in the 400 IM with a 3:57.36 time.

The final event of the day was the 200 free relay where Tech took the race by three seconds. Correia, Aidan Pastel, Miles and Reyes earned first place with a 1:22.97 time.

Tech also took second and third on the day in the 50 free, behind efforts from Reyes and Pastel.

UP NEXT: On Friday, November 10, the Statesmen head to Arkadelphia, Arkansas, for swimming’s version of a double-header.  Delta State will swim against Ouachita Baptist in the morning, before taking on Henderson State that evening.