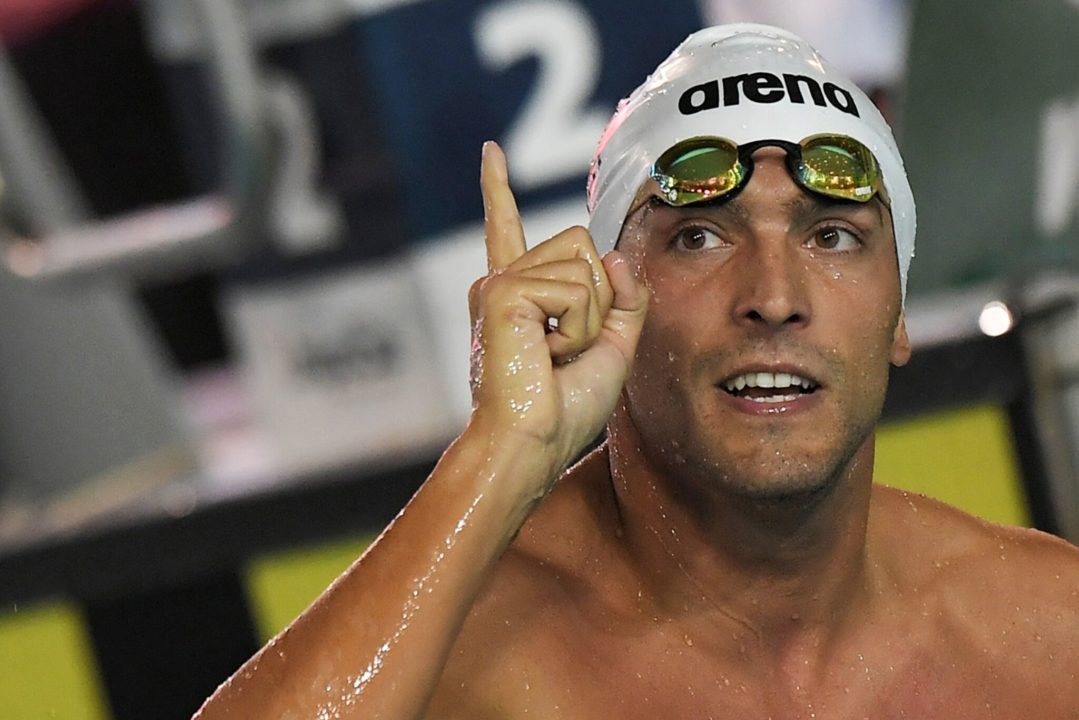 Gabriele Detti broke his Italian National Record in the men's 400 freestyle, winning bronze on the first night at the World Championships in Gwangju. Current photo via Gian Mattia D'Alberto

Gabriele Detti set a new Italian Record in the final of the men’s 400 freestyle in Gwangju, winning the bronze medal in a time of 3:43.23.

Detti set the previous record of 3:43.36 at the 2017 Italian Championships, and then equalled that swim earlier this year. When he first set the mark in 2017, he broke Massimiliano Rosolino‘s record of 3:43.40 that had stood since 2000.

In tonight’s final, the 24-year-old Detti cruised through the first half of the race in 1:52.12, sitting sixth in the field, and then turned on the jets coming with a 1:51.11 back end to move up onto the podium.

Compared to his two 3:43.36 swims, he was out much more conservatively tonight:

Detti has now won bronze in this event at three consecutive major international competitions (Olympics & Worlds), doing so in Rio and Budapest as well. He was also the 2016 European Champion but missed the competition last year due to a shoulder injury.

He’s also entered in the 200 and 800 free, coming in as the defending champion in the latter.