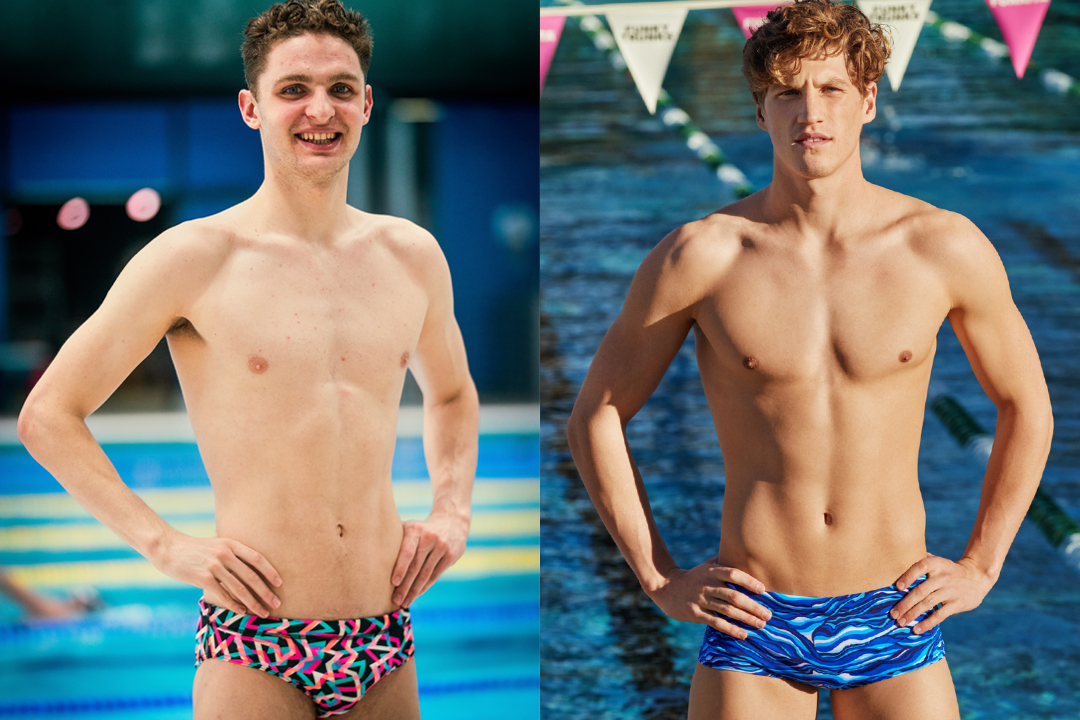 Both NY Breakers hold the 400 IM national record in their respective countries, share the same birthday and had massive time drops earlier in 2021. Current photo via Funky Trunks

Two Funky Trunks sponsored swimmers are poised to go head-to-head in 400m individual medley on the opening night of the 2021 Tokyo Games. Lewis Clareburt of New Zealand and Brendon Smith of Australia both have previously competed for the New York Breakers, both hold the 400m IM national record in their respective countries, both share the same birthday and both had massive time drops at their national championships earlier this year. Their personal best times are separated by only 0.17 seconds.

Clareburt, 22, who swims under Gary Hollywood at Capital Swim Club in Wellington, won his first major international medal by finishing third in the 400m IM at the 2018 Commonwealth Games. He followed this up with another bronze at the 2019 World Championships, finishing in a time of 4:12.07 behind Daiya Seto of Japan and Jay Litherland of the United States.

This April, at the New Zealand National Championships, Clareburt demolished his Worlds time by posting an astonishing 4:09.87. Considering that Clareburt had all but clinched his spot on the New Zealand team with his swim in 2019, thus reducing the incentive to taper for Nationals, this time could foreshadow an even greater swim in Tokyo.

Smith, 21, is based out of Nunawading Swim Club in Melbourne, where he trains under Wayne Lawes. He has previously won international medals at the 2018 Junior Pan Pacific Championships and 2019 World University Games; all of these medals were in freestyle events. Smith’s freestyle prowess has given him a lethal back end in the 400m IM, which is now unquestionably his strongest event.

Smith punched his ticket to the Games on the first day of Australian Trials in June, posting a 4:10.04 that blew away his seed time of 4:14.91 and dipped under the Aussie record by a tenth of a second. He did so with what is likely one of the fastest freestyle legs in history, splitting 56.73. For reference, at the Beijing Games in 2008, Michael Phelps closed his 400m IM in 56.79 en route to his (still-standing) world record of 4:03.84. Smith notes that he is “extremely happy with [his] preparation. As with any lead up there are always minor hiccups that you need to deal with, especially given the current Covid situation.”

As no one in the world has broken 4:09 in the 400m IM this year, both Clareburt and Smith are strong contenders to make the final – and the podium – in Tokyo. The competition is stiff, but also tightly-packed. Daiya Seto will top the start lists with the 4:06.09 he put up in January 2020. American Chase Kalisz, who qualified for the Games with a time of 4:09.09, has the fastest personal best in the field (4:05.90, set back in 2017). His countryman Jay Litherland won silver at the 2019 World Championships with a 4:09.22.

Other medal contenders include the 32-year-old David Verraszto of Hungary (4:09.57), and two teenagers: 19-year-old Leon Marchand of France (4:09.65) and 18-year-old Ilya Borodin of Russia (4:10.02, the world junior record). The defending champion from the Rio Games, Kosuke Hagino, made headlines earlier this year by opting out of the event at the Japanese Trials.

Both Clareburt and Smith will also compete in the 200m individual medley later in the competition. As in the 400, Clareburt broke the New Zealand record in this event at the National Championships with his time of 1:57.89. Smith, who had another jaw-dropping personal best performance, will be seeded with a 1:58.82. The top four seeds in this event – Michael Andrew (USA), Daiya Seto (Japan), Mitch Larkin (Australia), and Duncan Scott (Great Britain) have all been under 1:56 in the last 18 months.

As for the competitiveness between the two Funky Trunks athletes who share so many similarities, Smith made it clear that their rivalry is concentrated in the pool. “Last year at ISL Lewis and I both swam for New York Breakers where we spent 6 weeks in Budapest. I got to know Lewis really well and consider him a great mate.”

We are lucky to have Funky Trunks athlete and former Yale University swimmer, Jonathan Rutter on board as a regular writer, bringing athletes’ stories and accomplishments to life. Jonathan was born and raised in the US and with his New Zealand heritage competes for New Zealand internationally. The breaststroker and 2018 Oceania Championships ‘Swimmer of the Meet’ is based out of Virginia Tech where he swims for Pinnacle Racing VT, a pro training group under Coach Sergio Lopez Miro. He counts graduating from Yale in the top 10% of his class as one of his most significant achievements and has a mighty fierce breaststroke kick.