Five Races to Watch, Streaming Info, for the 2020 US Open 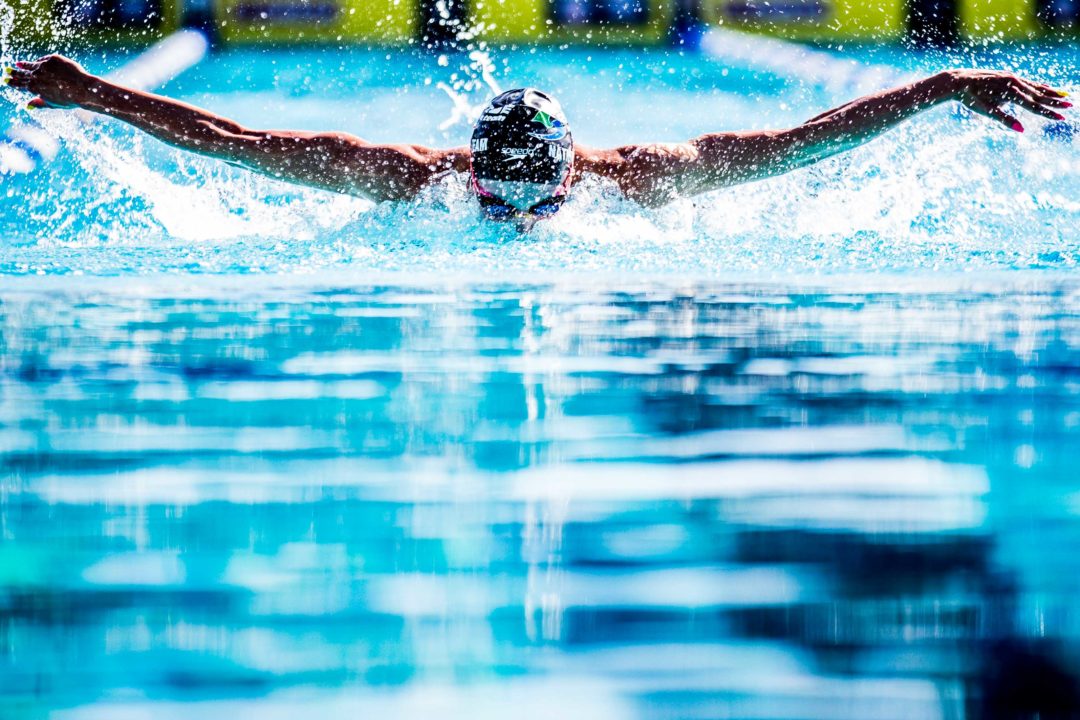 The biggest domestic meet of the fall, the 2020 U.S. Open, gets underway tonight in nine different locations across the USA. Current photo via Jack Spitser/Spitser Photography

The 2020 U.S. Open kicks off this evening, and it’ll be unlike any U.S. Open we’ve seen before. In an effort to mitigate the risks associated with COVID-19, the meet will take place in nine different locations across the country, and USA Swimming will combine and publish the consolidated results. While it’ll definitely look different, and while many top stars are racing in the ISL, or focusing on training, there will be still plenty of star power showing up, including world record holders Ryan Lochte and Regan Smith, among dozens of US National Team members and a handful of international stars.

Besides the multiple venues, the biggest departure from “normal” racing is that all events will be swum as timed finals, instead of the normal prelims/finals format. Racing gets underway tonight with just the 800 free, and will continue until Saturday. Keep reading for information on how to watch, along with suggestions for a few key races to keep an eye on.

NBC will broadcast coverage starting Friday morning on NBCSN, along with additional coverage on the Olympic Channel and NBC.

Additionally, USA Swimming will be live-streaming from all of the locations on www.usaswimming.org. According to USA Swimming, the main video player on the website will feature Greensboro, Indianapolis, and Irvine, but links will be available on the event page for live streams from each of the other locations.

We’ve taken our best shot at giving you an at-a-glance overview of the timeline for each meet, but it’s possible that we might have missed something, or that timelines could change again, so feel free to click the links for each location to get up-to-date information for each meet. Also, note that many of the meets have some of the sessions divided into flights, and the second flight may start an hour or more after the first one. For instance, at Beaverton on Friday morning, the women’s flight starts at 10am (12pm CST), but the men won’t actually swim until 12:45pm local time (2:45 CST).

Less than a month ago, Carson Foster became the 2nd-fastest man ever in the yards version of the 400 IM, throwing down a 3:35.27 just shy of his 19th birthday. Of course, we don’t know exactly how each  swimmer will be approaching this meet, but look for Foster to possibly improve on his lifetime best of 4:13.39 in the LCM version in San Antonio.

Of course, Foster is far from the only young gun possibly looking to make a splash in this event. Florida teammates Bobby Finke and Kieran Smith, each of whom set an Amrican Record earlier this year, were also entered in the 400 IM at the Sarasota stop, although the latest psych sheets don’t show Smith swimming this event. Meanwhile, the two men who represented the USA in this event in Rio, former Georgia teammates Chase Kalisz and Jay Litherland, will be racing side-by-side this week in Greensboro. And we’d be remiss not to mention Charlie Swanson, the former Michigan swimmer who tops the Indianapolis psych sheet with a 4:11.46.

Notably, one big name who won’t be swimming this event is veteran Ryan Lochte, even though he told SwimSwam recently that he is planning on swimming it at next summer’s Olympic Trials.

This is one event where the American women are ridiculously deep, and most of the biggest names will be racing here this week, rather than in the ISL. World record holder Regan Smith leads the pack, and she’ll be racing at Des Moines this week, as will Phoebe Bacon, the 3rd-fastest US woman in this event over the last two years. Kathleen Baker, who set the world record in this event in 2018 before it fell to Smith a year later, will be racing in Indianapolis. Katharine Berkoff, the 5th-fastest American in this event over the last few years, will race in Greensboro, where she’ll swim next to 16 year-old Claire Curzan, who will be looking to crack the 1:00 barrier for the first time.

Many of the top American sprinters are racing in the ISL right now, but there’s still plenty of intrigue stateside. First off, Nathan Adrian is not expected to race, despite being listed on the Irvine psych sheet. But, like we said, plenty of interesting entries still. Greensboro will feature the one-and-only Dean Farris, American Record holder in the 200 yard freestyle, along with a bevy of future NC State sprinters like David Curtiss, 100 fly Olympic champion Joe Schooling, and Virginia Tech’s sprint continent. Former ASU and OSU swimmer Cameron Craig tops the psych sheet in Indianapolis. Sprint star Ryan Held is the only man seeded under 22.0 in Huntsville, where he’s followed by Erik Risolvato, who we haven’t seen much of lately. And while Richmond may not feature any likely contenders for the US Olympic team, it will feature National Teamer Jack Conger, W&M standout Colin Wright, possibly Blaise Vera, and former NCAA 200 IM champion and currently coach Austin Surhoff.

Kelsi Dahlia is the only American woman to crack 57.0 in the last few years, but there’s a bunch of young swimmers not too far off of that mark who will be racing this week. Leading the way is Smith, who obviously is know primarily for her backstroke, but also holds a lifetime best of 57.37 and is scheduled to race this in Des Moines. Richmond will feature 17 year-old Tori Huske (57.43) and Kate Douglass (58.48), while Curzan, who has a lifetime best of 57.57, will race against Egyptian national Farida Osman (58.00) in Greensboro.

And we haven’t event yet mentioned the fastest swimmer in the field. Canadian national Maggie MacNeil, who swims for Michigan collegiately, is slated to swim this in Indianapolis, where she easily tops the psych sheet with a lifetime best of 55.83.

The distance events may be the widest open for the US men, and we’ll have several of the top contenders for the US Olympic spots racing at the various U.S. Open locations. Jordan Wilimovsky, whose 14:46 from the 2018 Pan Pacific championships hasn’t been bested since then by an American swimmer, is scheduled to swim in Irvine. Michael Brinegar will looking to crack 15:00 for the first time in Indianapolis, and the aforementioned Finke hasn’t gone a best time in this event since 2018 (14:48.70), and it’ll be interested to see what he does here after demolishing the American record in the 1650 earlier this year.

No, that’s Kayla Sanchez. Maggie MacNeil can’t do ISL because she’s maintaining her amateur status to participate in the NCAA.

The problem is that they won’t be racing each other. Virtual is not real. It’s that simple.

Whatever happened to Ledecky and Manuel? They haven’t raced for a while. Will they be racing in US Open?

Did Diehl just age up?

Yep. I think he said in the podcast his birthday was October 26.

Did he break that record he was shooting? Sounded like he had one last chance b4 his birthday…honestly don’t recall which event…may have been 100 free

Kalisz and Litherland are swimming at Greensboro not Sarasota

Thanks, was working off of the original psych sheets.

What site is going to be on NBC and Olympic channel?

Not entirely sure. My guess would be some combination of Irvine, Indianapolis, and Greensboro.