4 Storylines To Watch in the ISL’s Semifinal #1: Battle of the Backstrokers 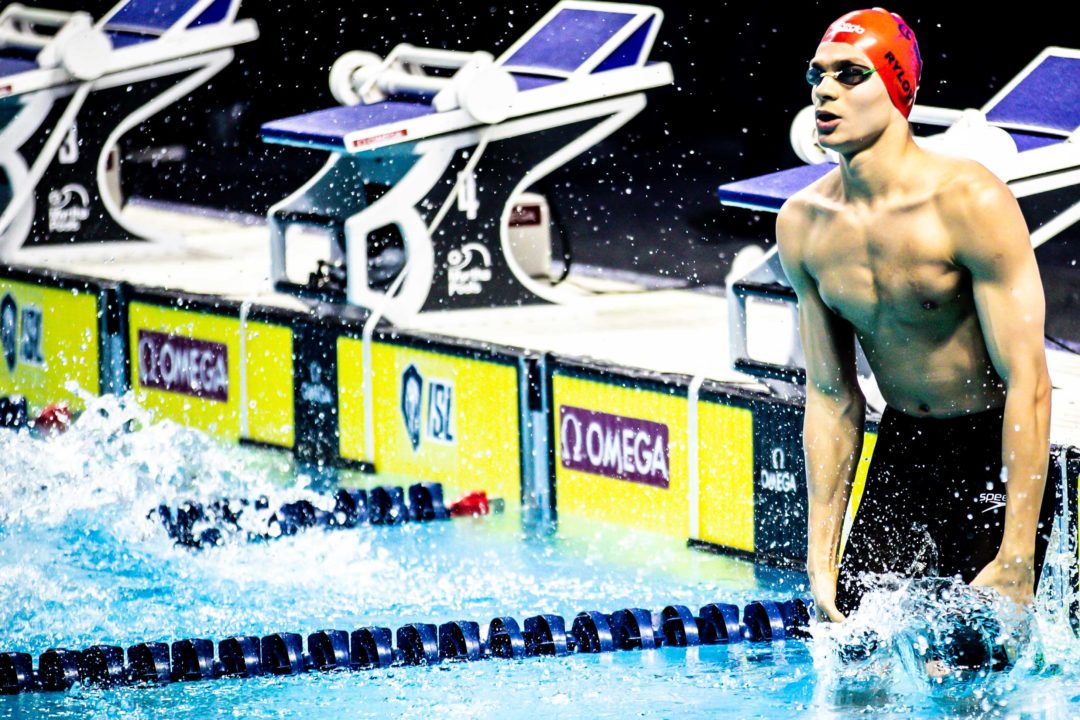 Energy Standard and the London Roar haven't faced each other yet this year, but we finally get to see Rylov vs Kolesnikov vs Grevers vs Diener vs Guido. Archive photo via Jack Spitser/Spitser Photography

Intrigue of the Skins Choices

In contrast to the second semifinal where the top medley relay teams and their likely skins choices are pretty easy to predict, this semi should have a lot of drama circling both the medley relays and their prize: the choice of stroke for the skin races.

So while Energy should be favored to win both, the margins are close enough that a London win wouldn’t be a shock. And whichever team wins will have potentially tough choices for the skin strokes.

Energy has a pretty good roster across all four strokes of skins. We’ve seen them pick women’s freestyle twice, and that probably aligns best with London’s weakness. But we could also see Energy look at butterfly, where they have two of the top five performers league-wide this year in Sarah Sjostrom and Maddy Banic.

London, meanwhile, is very strong in women’s backstroke, but so is Energy. And London has a top women’s breaststroker in Alia Atkinson (a skins winner this year), but she would have to face Energy’s standout Benedetta Pilato. London’s men’s backstrokers were their early standouts, but Energy is also loaded in backstroke, so Adam Peaty in the breaststroke might be the best option.

No matter how you slice it, the skin stroke selections should give us a lot of insight into what strokes each team really wants to prioritize – and with both Energy and London expected to move on to the final, that info will be big in predicting the final.

Battle of the Backstrokers

We mentioned it above, but this semifinal promises a stellar men’s backstroke showdown.

Energy is loaded in men’s backstroke, with three short course world champs on the roster: Evgeny Rylov, Kliment Kolesnikov, and Matt Grevers. But London has also been a powerhouse in the backstrokes, with Christian Diener and Guilherme Guido both sitting inside the top 5 in the league this year in a back event with a skins 1-2 on their combined resume.

We’re guaranteed four great showdowns: the 200 back, 50 back and medley relay leadoff leg on day 1 and the individual 100 back on day 1. If we’re lucky, we’ll get a ‘Game 5’ type decider with a men’s backstroke skin race on Sunday.

Can Anybody Stop the Tokyo IMers?

But they’ll face perhaps their toughest tests this week. Ohashi faces London’s Sydney Pickrem, whose season-best is just 0.4 seconds behind Ohashi’s. And Hagino gets to face three of the four swimmers closest to him in the league ranks: NY’s Brandonn Almeida and Energy Standard duo Max Litchfield and Max Stupin.

Who Gets Fly Spots For Energy Standard?

The reigning league champs have an embarrassment of riches on their roster, highlighted by the #1, #2, and #3 performers this year in the women’s 100 fly. Sarah Sjostrom tied the league record in a win last week. But while she was out with back pain, Anastasiya Shkurdai rose to #2 in the league ranks and Maddy Banic to #3.

Only two of the three can swim the 50 fly and 100 fly. Energy will have to make the right choices for those events, while also giving each athlete enough rest for their other events. Sjostrom, in particular, is one of the team’s top freestylers and 100 IMers.

This is sorta BORING

Battle of the backstrokers without mentioning Irie?

Not sure how you can talk about battle of the backstrokes without mentioning Irie, who’s been by far the most consistent, going 49 high and 1:49 pretty much every time he swims the 100/200 back.

No mention of Irie in that backstroke battle, but he can play spoiler.

Slightly off-topic: can’t help but feel that the Japanese swim federation is acting self-destructively, not to mention overly harshly, by suspending Seto for having had an affair, which really has nothing to do with his swimming per se. Obviously it hurt the Frog Kings’ performance, though that matters little in the larger scheme of things. And it may end up just meaning that Seto gets a larger training block in than he might have had he swum in the ISL. But it’s also quite possible that this disrupts his rhythm and the momentum he had earlier this year, which would be a shame.

Imagine for a moment that other organizations, in other fields, levied such harsh punishments for extra-marital… Read more »

8
-4
Reply
Panic behind the blocks
Reply to  Honest Observer

Their federation, their culture, their suspension. Who are we to judge?

Did Seto speak out against his punishment at all though?

He did not. He accepted it in a public statement.

Seto was a game changer for the frog kings, it’s nearly impossible for them make the final without him.. I think he is very hard on himself but this is japanese culture and we can’t do that much about it..

It wasn’t all that long ago (60-ish years) that adulatory was a CRIME in many US states. I’m pretty sure it still is for military officers. By current US standards, the reaction is extreme. But it shouldn’t be surprising that some cultures take it very seriously.

It sounds like the finals grouping had less to do with exact seeding and more to do with geography and random draw. So the #2 team wasn’t guaranteed to get the #6 team – it just kind of worked out that way with however they did the allotting.

What a luxury for ES to have Shkurdai and Banic swimming fly to allow Sjostrom to throw down absurd freestyle splits.

And not to mention, on the other side, they have Haughey (how is she allowed to move from DC to ENS like that, from a competitive standpoint?) AND Heemskerk that can allow Sjostrom to throw down absurd butterfly splits if that is instead what she chooses to do.