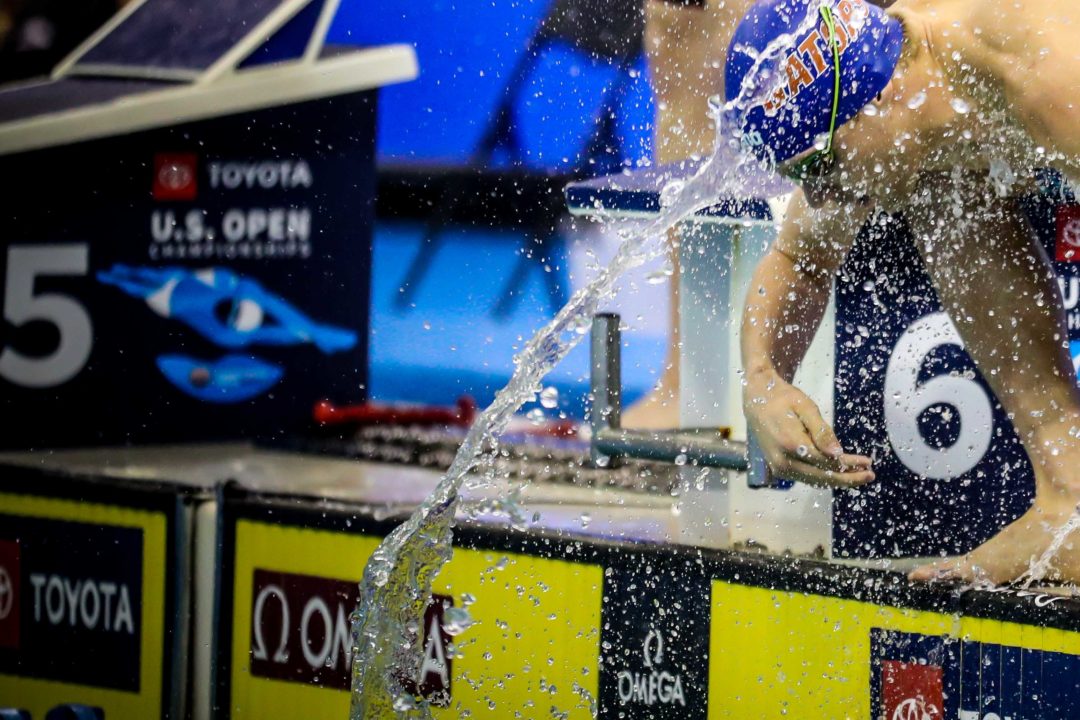 After four sessions at nine locations, a U.S. Open like none before wrapped up earlier today with NAG records and solid swims by veterans alike. Current photo via Jack Spitser/Spitser Photography

Well, we made it. After four sessions at nine locations, a U.S. Open like none before wrapped up earlier today. With a lot of the big domestic stars either competing in the ISL (Caeleb Dressel, Lilly King, etc.) or not racing at all (Nathan Adrian, Katie Ledecky, Simone Manuel), there weren’t a ton of especially fast times at the top end, but once again, we saw some big swims out of teenagers, as well as a few interesting results from others.

For the second day in a row, arguably the biggest swims came from a pair of teenagers. In Richmond, 13 year-old Thomas Heilman broke the 13-14 National Age Group record in the 100 free. Heilman was close to OT cuts in all three events he swam this week.

North Carolina clubs got some hot showings on TV there.

What about the men’s 2 back? You have a national team member who finished 2nd over all?