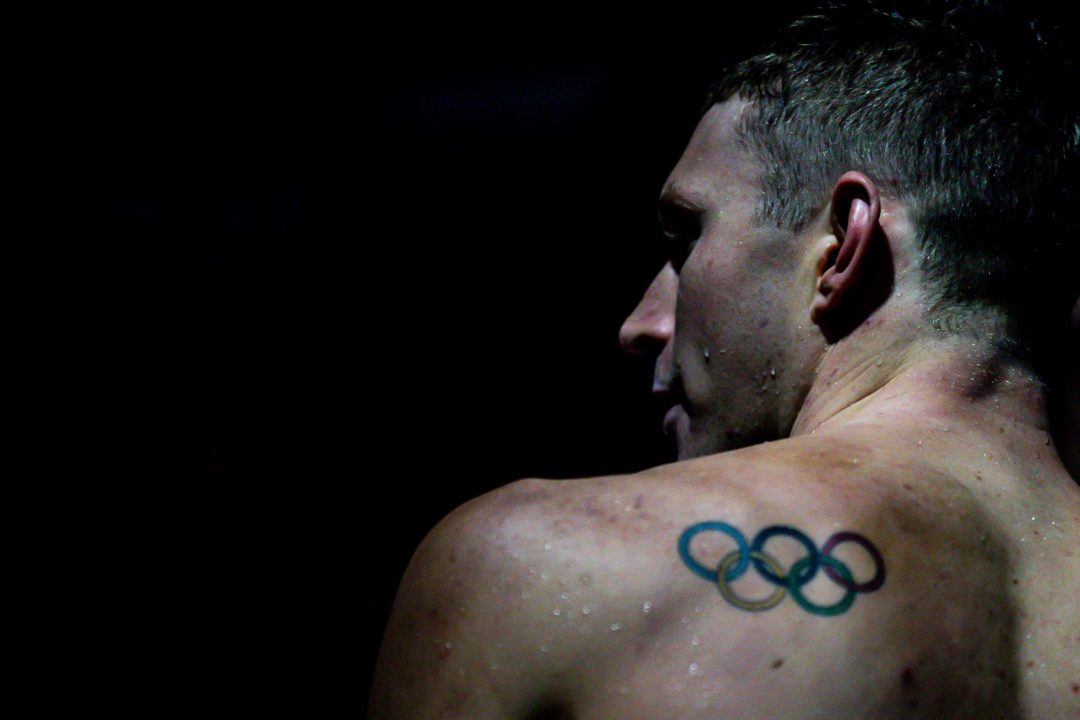 Triple Olympic champion Ryan Murphy is among the latest 10 swimmers announced by FINA for the 2020 Champions Series that begins next week. Archive photo via Jack Spitser/Spitser Photography

FINA has released a second set of 10 swimmers that will participate in the second edition of its FINA Champions Series which begins next week in Shenzen, China.

Included on the list are 3 more Americans: defending 50 free Olympic champion Anthony Ervin, defending 100 and 200 back Olympic champion Ryan Murphy, and 2017 Worlds bronze medalist in the 200 back Jacob Pebley. That makes 5 total Americans committed so far, including backstroker Matt Grevers and sprinter Michael Andrew, who were announced over the weekend.

Out of the 5 Americans committed, all but Ervin are based primarily on the west coast, which makes for a much shorter trip to China than for swimmers based on the east coast. Last year, only 5 Americans (Andrew, Molly Hannis, Kelsi Dahlia, Ervin, and Vollmer) participated in the opening Asian stop of the Champions Series, though more participated in the European (Budapest) and American (Indianapolis) stops.

*Note that FINA’s announcement video has Kawecki listed as a Ukrainian, when he is, in fact, Polish.

Additionally, Italian swimmer Martina Carraro has confirmed to SwimSwam that she, too, will attend the series, bringing the total confirmed participants to 21.

This brings the meet up to 21 announced swimmers so far, with the men’s backstroke races, the men’s 50 fly, and the women’s 200 free standing out as highlight events so far.

The prize money will be the same as the 2019 series:

This means that at each meet, there will be at least $812,000 in prize money for individual events, plus the addition of possible relays. That’s as compared to $179,400 available per regular season meet in the International Swimming League’s inaugural season (based on individual, not team earnings), which rose to $598,000 for the Las Vegas finale.

Wish Ervin the best of luck heading towards trials, he’s truly never out of the fight

Not to discount his accomplishments but watching his first 5 meters in this meet last year made me sad. He just doesn’t have that explosiveness that were used to seeing from him. I would be shocked if he got anything other than last at this meet.

He was running marathons/triathlons last year. Don’t think he was working much on his explosiveness. His goal is to make finals at OTs, which is probably a 21.9. Think he might his 22.1.

I could see Howard OR Becker getting there. I don’t think both will hit it at the same time.

They seem go after the older more experienced athletes then the younger up and comers and personally I would much rather watch Regan Smith and Kolesnikov than these ancients who have been going the same times for 5 years.

someone like Regan Smith is not pro and therefore can not take much of the prize money. She also probably still has her last semester of HS to deal with. FINA is going after the fastest swimmers (see criteria), but those swimmers have to accept the invite.

by the rules they listed above Ervin has first (well second) rights to go in the meet because he got a gold in Rio.

Good to see the prize money going up.