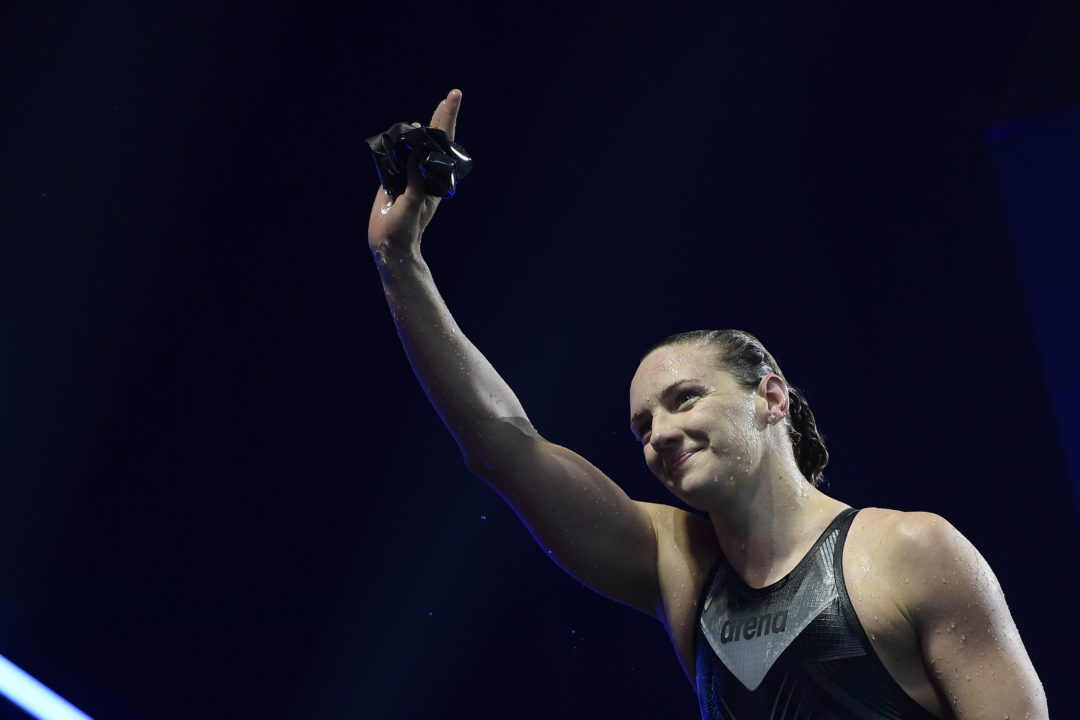 Emails revealed in court documents show USA Swimming long had interest in the ISL, but would not participate without FINA's approval. Archive photo via Fabio Ferrari

A San Francisco court has denied FINA’s request to dismiss the class-action suit leveled against the governing body by Tom Shields, Katinka Hosszu and Michael Andrew a year ago.

The lawsuit involved FINA’s moves to block the 2018 Energy for Swim meet that was supposed to be hosted in Italy last December. It claims violations of the Sherman Antitrust Act of 1890, which forbids organizations from engaging in anti-competitive behavior. Attorneys for the plaintiffs also claim tortious interference with contractual relations or prospective economic relations, for collusion to unreasonably restrict competition, and for monopoly.

The lawsuit seeks injunctive relief and monetary damages for the named plaintiffs and for all class members, which could include dozens of pro swimmers from around the world who signed a contract for Energy for Swim. The class, if accepted, would not be limited to just Americans, even though the suit is filed in the United States.

A similar suit was filed against the International Skating Union in 2017, where a judge ruled that the organization’s moves to block skaters from competing in non-authorized competitions were in breach of European Union antitrust laws, except that this one is being filed in the United States.

The Energy for Swim meet was a precursor to the International Swimming League that is currently holding its finale in Las Vegas. The organizers behind the league were also the instigating parties for the lawsuit.

Last Monday, judge Jacqueline Scott Corley ruled that the plaintiffs “have satisfied their burden of making a prima facie” case in their attempt to show that FINA was operating “a global anti-trust conspiracy.”Additionally, Corley denied both the plaintiffs’ and FINA’s motions to file under seal.

An initial case management conference was scheduled for Jan. 17, 2020 to discuss next steps, but in a motion filed Friday, the parties agreed to extend the deadline by which FINA has to file a responsive pleading to their complaints, as FINA is closed for the holidays through Jan. 5, 2020.

Court documents also reveal emails between USA Swimming’s Chief Operating Officer Mike Unger and FINA Vice President and ex-oficio USA Swimming board member Dale Neuberger stating that USA Swimming would not participate in the ISL without FINA’s approval. However, they also show discussions regarding USA Swimming serving as a host to the ISL Finale in Las Vegas began in December 2018.

According to court documents, the emails prove the following (they reference FINA’s June 2018 letter stating that “[n]o affiliated Member shall have any kind of relationship with a non-affiliated or suspended body.”):

(1) FINA was in communication with USA Swimming regarding the proposed December 2018 ISL event; (2) USA Swimming was in discussions with ISL to host the event in the United States and Las Vegas was the preferred venue for the event; (3) FINA had direct knowledge of those discussions through Mr. [Cornel] Marculescu and Mr. [Dale] Neuburger; (4) USA Swimming knew—prior to the June 5 letter—that FINA viewed participation in any ISL event as a violation of FINA’s rules; and (5) FINA knew that USA Swimming would not go forward with the December 2018 event without FINA approval. Further, FINA provided USA Swimming with advance notice of the June 5 letter, indicating that USA Swimming’s attention to the letter was of particular importance to FINA.

Documents show a number of emails sent by Unger, Marculescu and Neuburger, but one from Unger stands out as being of particular importance. On June 4, 2018, he wrote to officials at Swimming Australia and British Swimming to express USA Swimming’s interest in the ISL.

“USA Swimming, like British Swimming and Swimming Australia, is very interested in this project. We plan on participating, however there is one catch (and it’s a major one right now). FINA is apparently not happy with ISL, and is intent on derailing the ISL efforts,” Unger wrote.

He later wrote to members of United States Aquatic Sports after FINA issues its warning letter:  “This is serious, not just for swimmers, and not just for USA Swimming . . . but for [United States Aquatic Sports, Inc.], meaning all five constituent organizations…. The potential ramifications are severe, and we all need to have our eyes wide open.”

Would love to see FINA smacked around.

I thought that Champion Serious invitations where Hosszu had up to three races per session were a settlement. Each invitation guaranteed at least $5,000. Would be interesting to see if FINA is still that generous.

LOL, SUCK IT FINA. This is the future, and the sport of swimming is moving on without you. No sympathy at all.