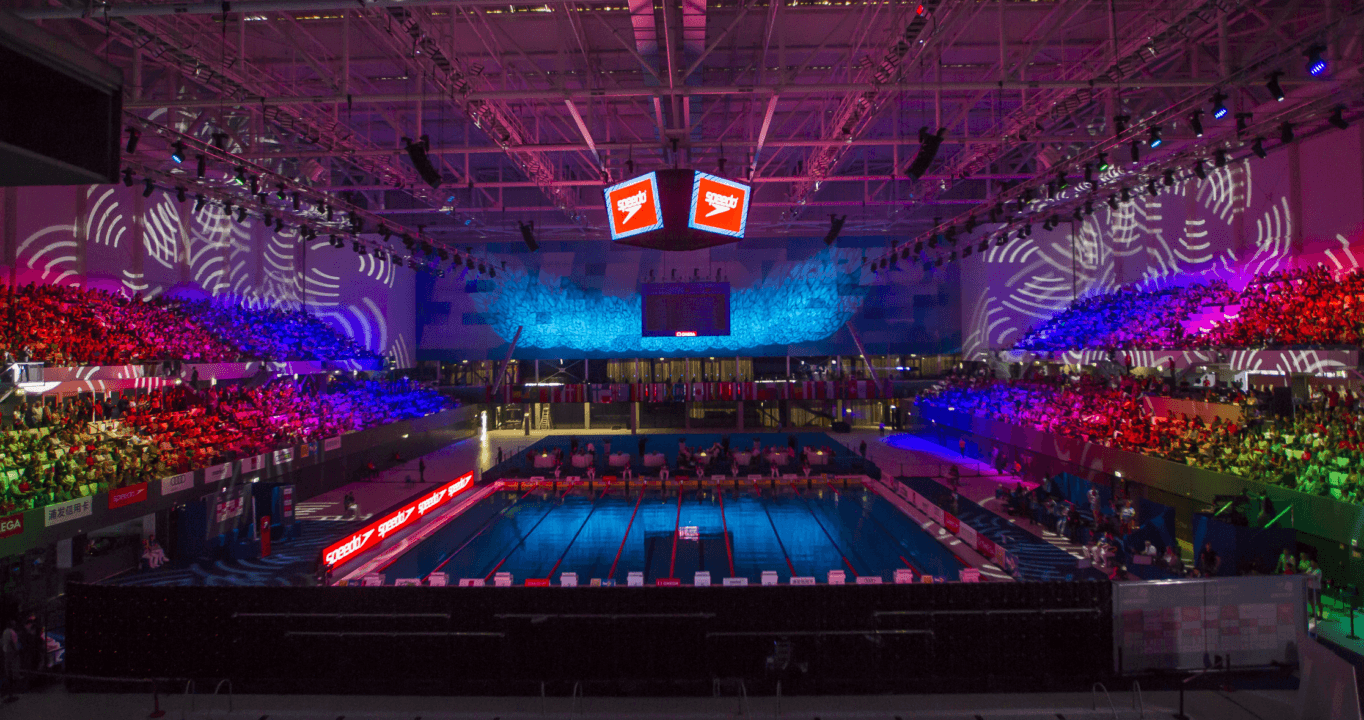 FINA has canceled the two stops of the World Swimming Cup that were scheduled to take place in August while the 4 stops planned for October will still occur. Archive photo via Hungarian Swimming Association

The first two legs of the 2021 FINA Swimming World Cup, set to take place in Jinan, China from August 12 – 14, and Singapore, Singapore from August 19 – 20 have both been cancelled.

FINA has not yet announced the official reason for the cancellations of the first 2 legs of the Cup. We also do not have word yet of which athletes were invited to attend the 2 August stops of the Cup or who have been invited to participate in the 4 stops in October.

Having all of the legs occur in October 2021 fits in well for athletes hoping to compete in both the FINA meets as well as the 2021 International Swimming League season. The current ISL schedule that was released back in March does not include any meets in October as the regular season will run throughout August and September, the playoff phase in November, and the Grand Finale in December.

The most recent FINA championship meets to occur were 2 FINA Championships Swim Series meets in January 2020 prior to the mass cancellation of meets worldwide due to COVID-19. The 2 meets were hosted in China from January 14 – 15 and January 18 – 19. All other FINA meets scheduled to take place in 2020 were cancelled.

Not surprised about Singapore. They just shut everything down again a few days ago and announced the 2-week-quarantine for people coming onto the island from abroad would be a requirement for the next two YEARS! Regardless of vaccination status.

Enough of this. Let them swim.

Has Fina announced anything regarding World Junior Openwater that was to be swum in The Seychelles Aug 2021? I know Australia has cancelled their Junior team from participation, citing Fina unable to confirm where or how they are going to run a covid safe event. Shame for those junior swimmers to miss such a bit event in their lives, for 2 athletes this will be the 2nd missed opportunity in 2 years and for 4 more it will be their last chance for junior team representation. Difficult to replace that sort of international competition experience for those affected athletes.

Good decision. China is not an attractive destination.