Federica Pellegrini on Fate of 2020 Olympic Games: ‘Think of the Athletes’ 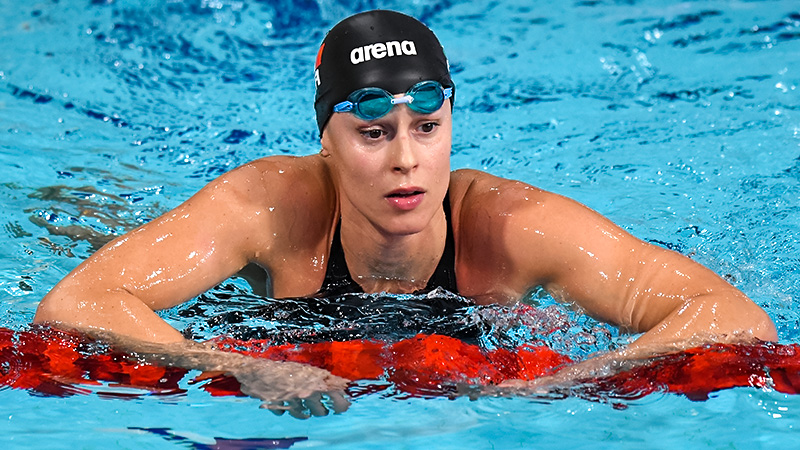 In an interview with Italian paper La Repubblica Sunday, Olympic champion Federica Pellegrini gave her take on the prospect of postponing or canceling the 2020 Olympic Games due to the COVID-19 pandemic.

Pelligrini, 31, has said that the upcoming games would be her last if she qualifies. Italy’s Olympic qualification meet, originally scheduled for March 17-21, was postponed with the Decree of the Council of Prime Ministers on March 8.

On a potential postponement of the Olympics, Pellegrini said she hopes the International Olympic Committee considers the impact on athletes, first and foremost.

“The Olympics in Tokyo? If they get moved a few months forward, I ask with my heart only one thing: think of the athletes, not your interests,” Pellegrini said, translated from Italian.

On the subject of a full cancellation, she said she could wait a year to compete, but doesn’t want to consider the option.

“At twenty I could approach an important sporting event in any situation and think about competing in it, now I have to calculate everything to the cent. If they slipped a year, I would wait. If it’s more than that, I won’t even think about it.”

She again stressed that the impact on athletes needs to be considered and respected. Pellegrini also added that all athletes need equal opportunity to qualify, whatever the outcome is.

“With my heart I am confident. […] I only ask that there be respect for the preparation and obviously for the health of the athletes,” she said. “I can train in the pool below the house, in safe conditions, but what about the others? We must decide quickly and give everyone equal opportunities.“

Asked if her preparation has changed in the meantime, Pelligrini said it’s business as usual – for the time being.

“For now, no, I am in line with what is expected with my coach, Matteo Giunta, but the problem is how to behave from here on out,” she said. “To replace Riccione [Olympic Trials], in Verona, we will do time trials just between us. Even if it’s not the same thing, I try to focus on this.

Can we forward this to the NCAA?

Seems short-sighted and selfish on her part. She’s from the country that is suffering the most from this. People are dying and the Italian healthcare system is collapsing, but THINK OF THE ATHLETES!

Welp, just wait until how it gets here.

I am not optimistic we’ll do any better than Italy.

(I still agree with your point – though I feel like the translation maybe lost a bit – I just wanted to be a Debbie Downer.)

Well, we’ve got 60% of a border slat, and that’s supposed to contain it from Mexico I’ve heard.

Italy’s average age is a decade older than the US. It’s a huge role in why they’re doing so poorly. 80+ taking up all the ICU space and dying anyway, they’re turning away 50-60 year olds who are then dying at home. We shouldn’t do as poorly, but we won’t do well.

She’s not hoarding toilet paper. She’s asking for a fair chance and you have the nerve to call her selfish for wanting that. Place the blame where it lies. You’re actually the short-sighted one here and you don’t even realize it. How sad.

Agreed…this is not selfish…this is an athlete that on many levels is speaking for all the athletes around the globe. 20 + hours a week if not more dedicated to their sports . 10/20 years of preparing for this. Athletes on the National level are very disciplined, dedicated and willing to adjust but they require routine and planning. They are goal oriented which is why these top athletes are where they are. OF COURSE they are for the human race overall….They just want a shot this. They are SOOOO close to their dreams. Cut them some slack.Let all of these hardworking people know we are thinking of them too. They have sacrificed their whole lives for their sport. We as… Read more »

I agree with Kim. I’m sure that the ‘greater good’ is not lost on Federica. But, if we want our athletes to be honest and to express their feelings honestly, we have to acknowledge that it’s fair for them to be disappointed and frustrated with the situation.

And, I think sports are a far better place when athletes are expressing their feelings honestly.

I get her disappointment. But it’s sure a shame when such a respected veteran has the opportunity to (a) first, show empathy to her fellow countrymen, ffs, (b) show gratitude that so far she’s been one of the lucky ones in Italy with the virus (much less life), (c), lead the public on this issue (“hey U.S., get with the program”), and (d) lead other athletes on this to do more to help than to whine. But then again, I’m constantly reminded that our athletic heroes/heroines aren’t real heroes/heroines. I wish her well.