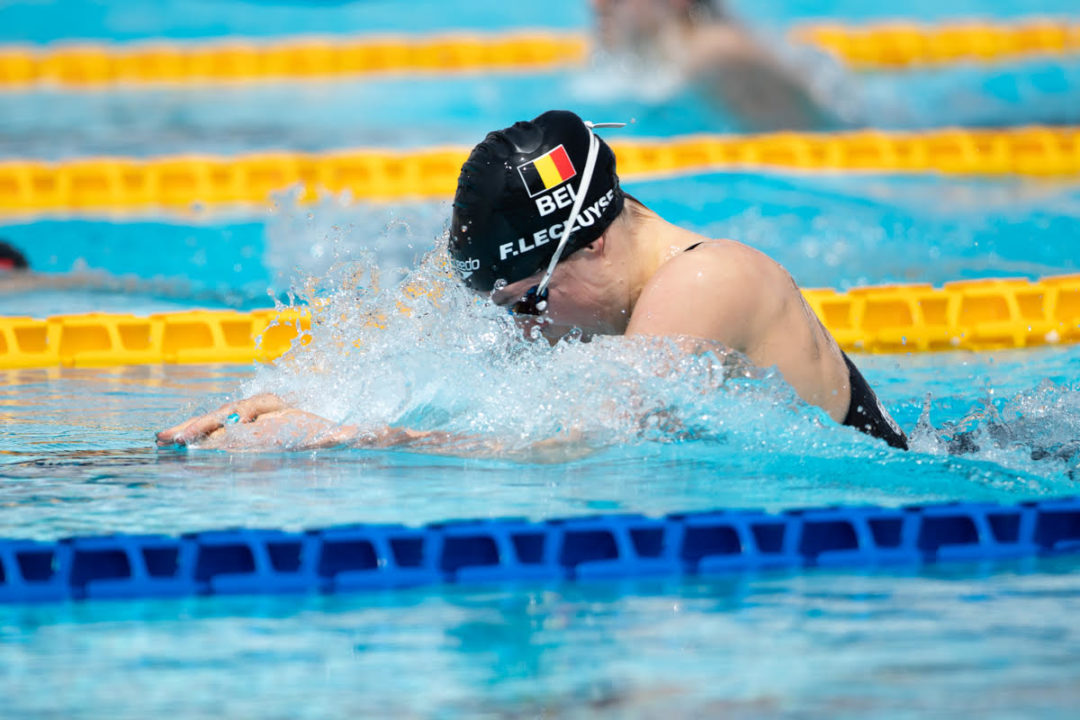 Fanny Lecluyse broke her own Belgian National Record in the women's 100 breaststroke, qualifying ninth out of the prelims in 1:07.27. Archive photo via “Rafael/Domeyko Photography”

Two-time Olympian Fanny Lecluyse slipped under her Belgian National Record in the preliminaries of the women’s 100 breaststroke in Gwangju, qualifying for the semi-finals ninth overall.

The now 27-year-old first broke the 1:08-barrier in 2015, doing so three times, and then couldn’t get back under until last summer’s European Championships. She placed 10th overall in a time of 1:07.95, and then followed up this year with an in-season best of 1:07.79 at the Sette Colli Trophy one month ago.

Heading into the semi-finals, defending champion and world record holder Lilly King is the top seed after clocking 1:06.31 this morning. Five more women were sub-1:07, including Yuliya Efimova (1:06.58) who sits in second.