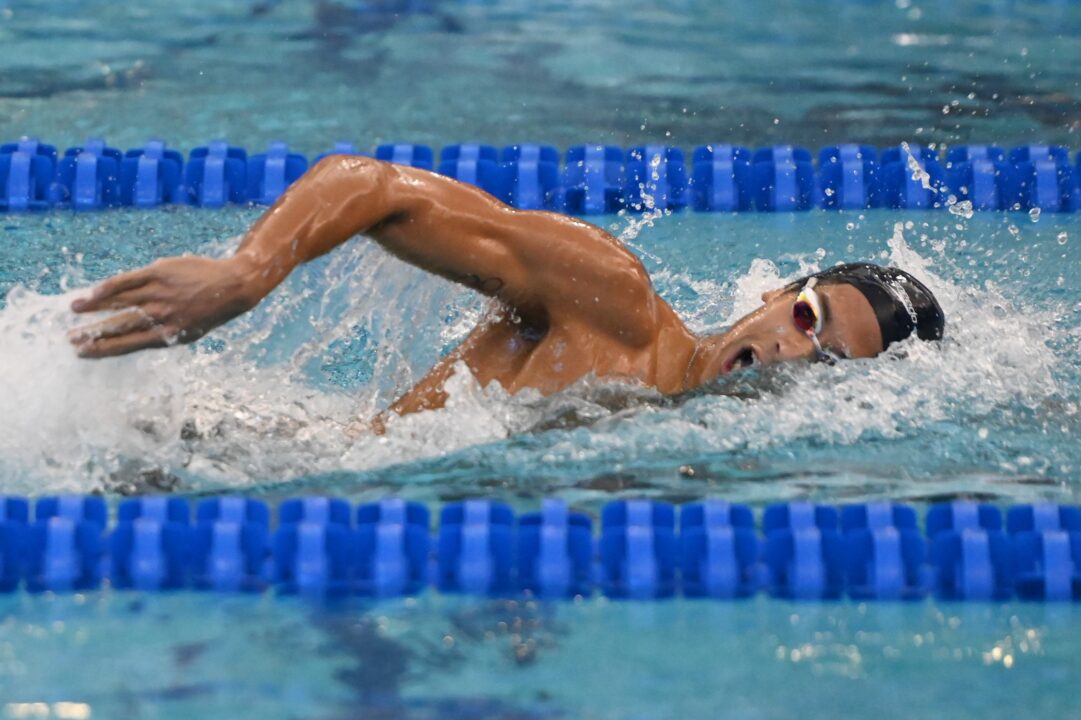 Gonzalez picked up a win in the men's 200 IM, granting him 2,000 euros. Stock photo via NCAA Photos

Kliment Kolesnikov didn’t earn any additional money on day 4 of the European Championships, but even so, he still holds a more than 20,000 euro over the rest of the field. As has been the case since the first day of the meet, Kolesnikov built his lead thanks to the 20,000 euro bonus he receives for breaking the World Record in the men’s 50 backstroke twice. As the only World Record breaker of the meet, Kolesnikov has a massive lead.

Hugo Gonzalez and James Guy both made significant moves on Day 4, rising up to tie for 2nd behind Kolesnikov. Gonzalez picked up a win in the men’s 200 IM, granting him 2,000 euros. James Guy, on the other hand, hasn’t earned any money from individual performances, rather, the entirety of his 4,500 euros has come from relays and the bonuses associated with them.

As always, the data in the table below was provided by SwimSwam’s Barry Revzin.

How does it work when ncaa swimmers win prize money? They keep it in a trust? Or have to donate it? Or …?

They can keep a certain amount up to covering actual expenses – and with the money given out here, that’s pretty easy to justify.

In some regards it can depend on the meet. It’s not hard for foreign athletes to hide their prize money – the NCAA doesn’t really have the power to reach out into finances of foreign athletes. At least one federation has started warning their athletes that they can’t dodge taxes on prize money “because it will be all over SwimSwam.”

It’s pretty well accepted that foreign athletes have ways of taking their prize money beyond what’s allowed and not getting caught by the NCAA. Some choose to play by the book, others don’t.

As for what… Read more »