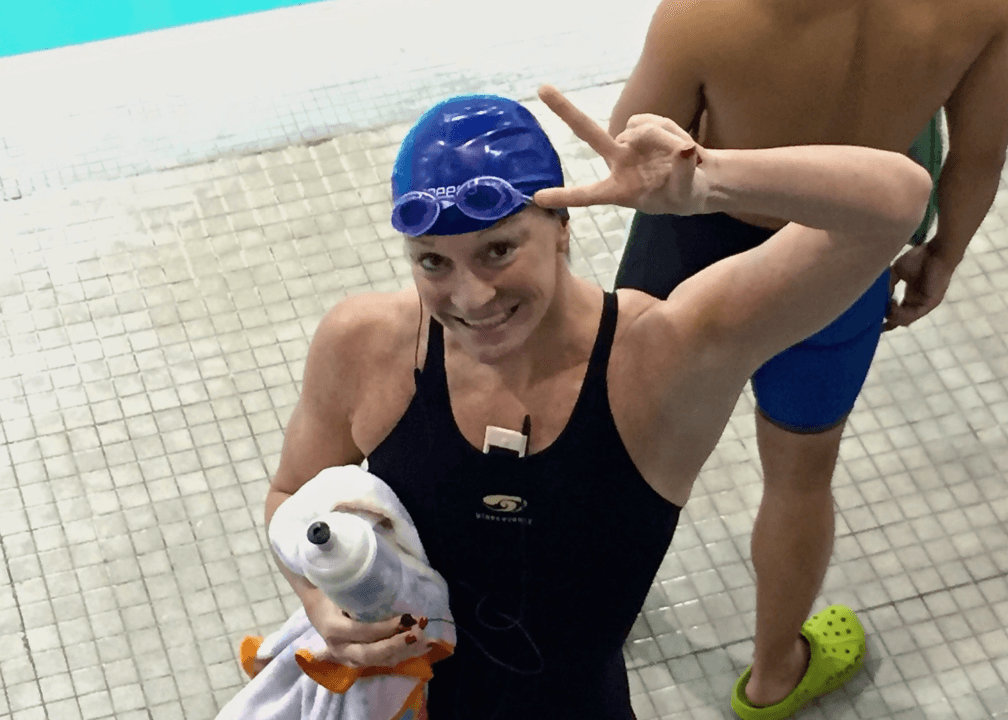 At the Polar Plunge, Braun was out much faster than she was in May at USMS Nationals. That’s what made the difference for her, as she was .02 seconds off her old record’s pace here, coming home in 26.94 as opposed to 26.92.

You can watch the record breaking relay race below, courtesy of Mark Rubacky.

Didnt she go past the red marker under water?

In the medley relay? I didn’t see anyone who was anywhere near 15 meters. There is a red marker at both ends of the pool, so maybe you were looking at the close one?

I was a grad assistant where Erika first went to college. She has no reason to remember me but it’s great to see her continued remarkable success.

The formula for fast freestyle is your age plus two minutes. At 52 seconds she is in a class of her own.

I don’t think that’s the formula.

It makes me feel better

This is so positive. Good for her and all the other masters. Great, great to see. What an example she sets for everyone.

Wonder if dara Torres could get this one

Erika is amazing however, Dara Torres is a whole new talent level. No comparison between the two athletes.

I love how rather ordinary masters swimmers can be seen in that race. The lead swimmer, doing butterfly, laps another swimmer doing breaststroke (125 yards vs 75 yards) into the race. That’s the beauty of masters swimming. Some get the limelight, but everyone is having fun, I hope.

Awesome butterfly leg on that relay.

I don’t think she took a breath except on the turn. Freestyle swimmer also no breaths? maybe she snuck one in.