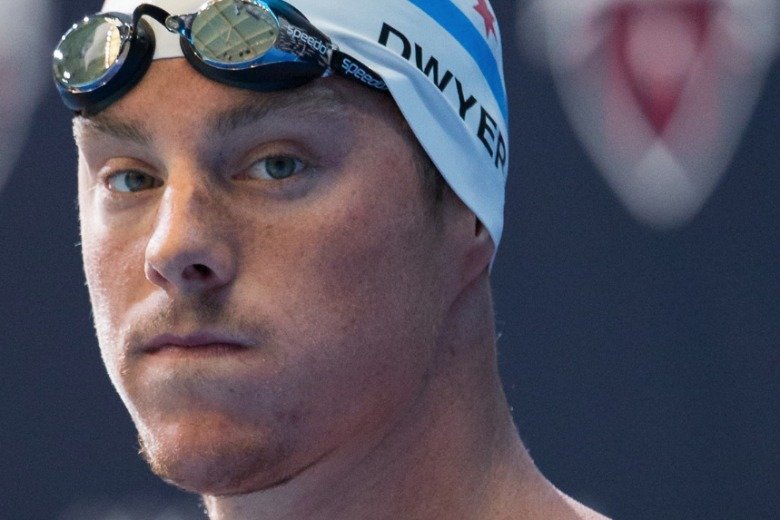 Conor Dwyer posted his second-fastest 400 IM time ever at the NBAC Christmas Meet on Saturday. Current photo via Tim Binning/TheSwimPictures.com

Olympian Conor Dwyer highlighted the second day of competition at the NBAC Christmas Meet as he won the 400 IM in a time of 3:38.94. This is just about a second off his personal best of 3:37.75 set back at the 2011 SEC Championships, and is only his second time ever dipping under 3:40 in the race. As Dwyer has been focusing primarily on sprint events for the Christmas Meet, his strong showing in a more endurance based race like the 400 IM is a good indication of his overall training and versatility at the moment. Regardless, his sprint speed was still easily visible as he brought his swim home in a very strong 49.87 last 100.

In the Open women’s race, NBAC’s Gillian Ryan dropped a sizable chunk of time off her personal best as she won in a 4:18.11. Her previous best time had been a 4:25.21 from the 2011 version of the Christmas Meet, and she can surely draw confidence from her performance on Saturday night as she bested the rest of the field by over three seconds.

Two other North Baltimore professionals duked it out in the men’s 50 yard free, as Yannick Agnel and Matt McLean took the top two spots in times of 20.06 and 20.84 respectively. This is the first time that Agnel has swam the splash and dash in short course yards, and though his time is certainly quick, he was a 42.63 last month at the Arena Grand Prix in Minneapolis in the 100 yard free, so his swam on Saturday likely reflected considerable fatigue. As for McLean, the 50 is a race that he does not compete in often, and therefore he actually swam a lifetime best on Saturday night.

Another pro swimmer from NBAC, Thomas Luchsinger, captured the 100 back title as he just edged Dwyer 48.37-48.65. Luchsinger led the entire race, and still had enough juice on the back half to hold his ground against Dwyer, as both swimmers had second 50s in the 24.8 range.

Finally, NBAC’s Cierra Runge and Gillian Ryan provided two sterling legs in the Girls 800 Freestyle Relay as Runge led off in a 1:45.52 and Ryan anchored in a 1:45.82. That leadoff time is a personal best for Runge, and is a phenomenal time for the future Cal Golden Bear, and this is a very good sign for her relay potential when she enters her freshman year of college. Ryan has also been a 1:45 flat-start before, so her anchor split is very respectable given the number of swims she has already completed in the first two days of competition at the Christmas Meet.

Full results for the meet can be found here.

Luchsinger is pro? Who’s his sponsor?

You have forgotten to mention some very important results from day 2.

The live results were working for those events for me!! Thanks! Big times for both. I am most impressed with Cierra Runge. She is going to make huge strides in college. I want to see what she can do in the mile.

I agree…most impressive of all the swimmers was Runge…the others are not surprising for their talent level.