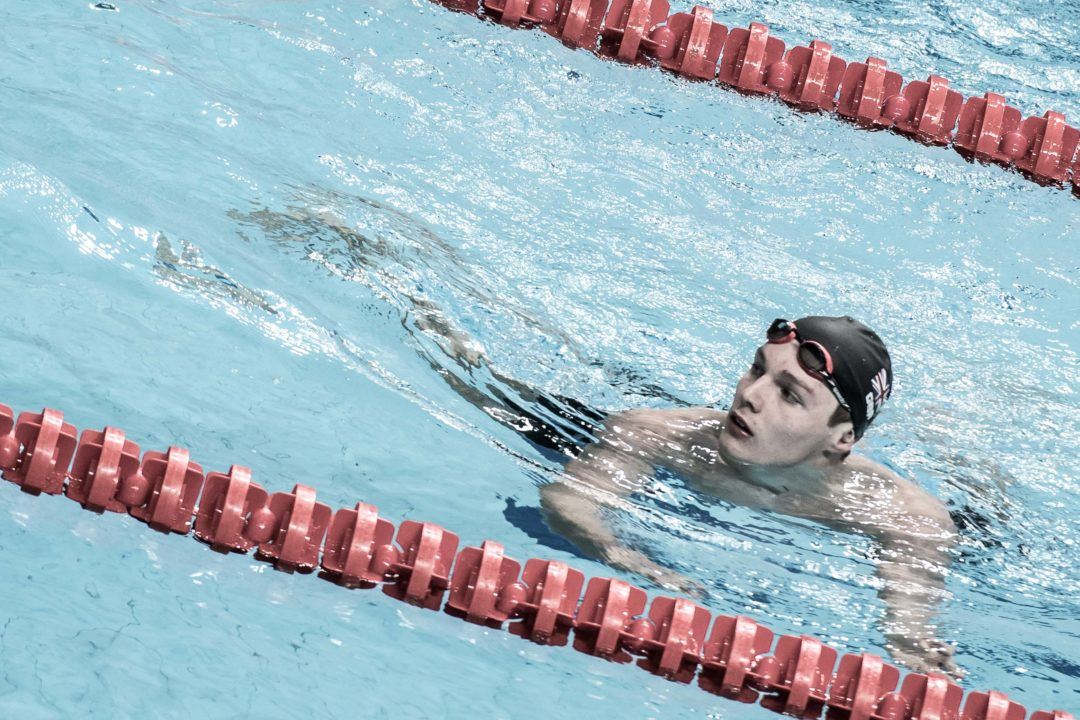 "With racing and exams I’ve struggled more than I thought I would," says 21-year-old Duncan Scott of his performances at the 2018 Scottish Short Course Championships. Archive photo via Mike Lewis/Ola Vista Photography

The New York Breakers have a chance to make a statement in Match 4 of the ISL, but they’ll need vice-captain Michael Andrew to swim better to do so.

Helping Stirling along with its overall team victory was 2016 Olympic medalist Duncan Scott. The 21-year-old won the men’s 200m freestyle, clocking a time of 1:43.09 to win by well over a second. His personal best and Scottish national standard rests at the 1:42.47 produced at this meet 2 years ago. His time this evening sits Scott just outside the top 10 performers in the world this season.

Here from Scott, Bruce, Clegg and more in the below videos, courtesy of Scottish Swimming.

#ScotNSC18 REACTION 🎥 | On the final night of #ScotNSC18 we spoke to @Dunks_Scott, @cassiewild2 and Tain Bruce who touched out Freya Anderson in the 50m butterfly. @cogst’s Katie Shanahan claimed multiple junior titles and records and she also shared her thoughts on the meet. 👇 pic.twitter.com/QvCIm1KwBQ

We caught up with him to find out more about his record breaking form.@sunderlandasc @SDS_sport pic.twitter.com/isyYRgqY5G