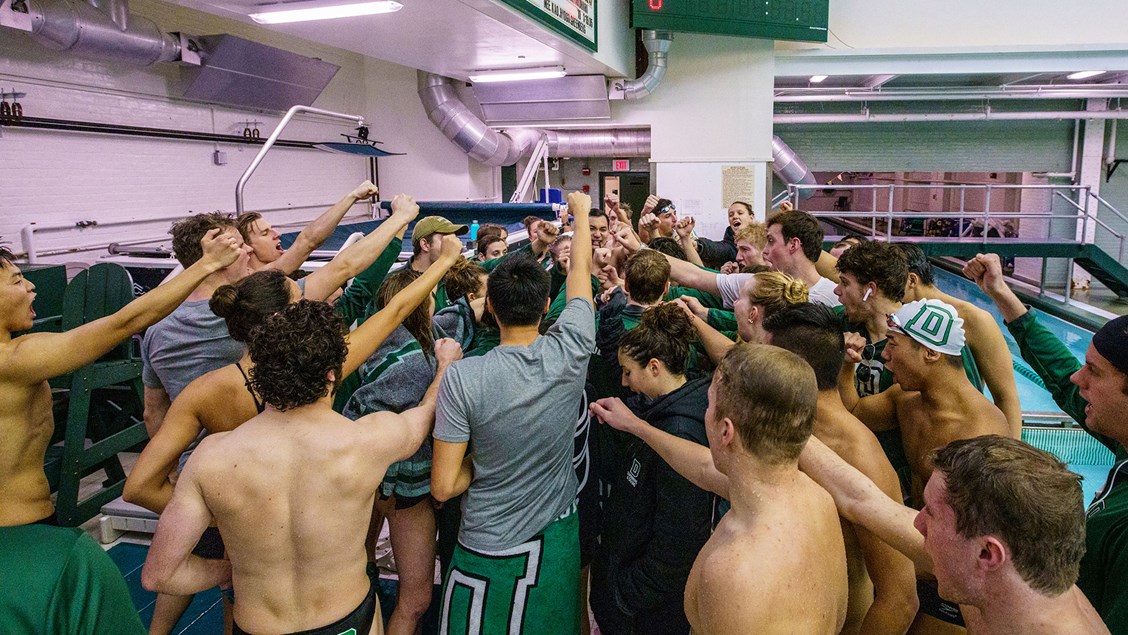 Dartmouth will cut its men's and women's swimming & diving teams, making it the only Ivy League school that doesn't sponsor the sport. Archive photo via Dartmouth Athletics

Darmouth College in Hanover, New Hampshire has informed coaches that they will be cutting 5 varsity athletics teams, including men’s and women’s swimming & diving, multiple sources have told SwimSwam. The school will also cut its men’s lightweight rowing team, and its men’s and women’s golf teams.

The cuts are projected to save more than $2 million. 15 staff members, including 8 coaches, will lose their jobs, and about 110 student-athletes will be impacted. The school is projecting $150 million in losses for fiscal year 2021.

The school has cut its men’s and women’s swimming programs once before, in 2002, when Dartmouth was facing economic and financial troubles. At that time, the John C. Glover Fund for the support of Swimming and Diving was established and enough money was raised to save the program. Dartmouth says that fund was exhausted 7 years ago.

Update: the school has announced the moves officially. It will also permanently close the Hanover Country Club that is owned by Dartmouth and operated at the College-owned golf course, saying that the club has been running at a loss for years. The school expects the deficit to “swell to $1 million a year.”

“I can assure you that these decisions were made with great care and with the long-term interests of the learning experience provided by Dartmouth Athletics front and center,” President Philip J. Hanlon ’77 said in an email today to faculty, students, staff, and all undergraduate families.”

The cuts reduces Dartmouth from 35 to 30 athletics teams – which is still far more than most Division I athletics departments sponsor. The school has also asked the school’s athletics director to reduce the number of recruited athletes in each entering class by 10%, in spite of the fact that Dartmouth doesn’t offer athletics scholarships. Hanlon says that this will offer the school more flexibility in admissions.

The school says that after the cuts, the school’s percentage of varsity athletes who are women will be “identical” to the percentage of women in the undergraduate student body.

Dartmouth competes in Division I athletics and the Ivy League, and is not to be confused with UMass Dartmouth, a Division III school that announced it was also cutting its swimming & diving programs last week.

Dartmouth’s announcement comes the day after the Ivy League announced that it would cancel all fall sports as well as early-season winter sports competitions until at least January 1.

The school, which has an undergraduate enrollment of about 4,400, is the smallest of the 8 Ivy League institutions. The school’s planned return to campus will include roughly half of the undergraduate student body returning to campus in any given term.

Students at Dartmouth are required to swim 50 yards in order to graduate.

The school is the 2nd in the Ivy League to announce that it will be cutting sports. Brown, announced in May that it was transitioning 11 of its varsity programs to the club level, while adding two new varsity sports. The cuts did not include men’s or women’s swimming & diving. Two weeks later, the school reversed course on three sports, keeping men’s track & field (which counts as two separate sports: indoor track & field and outdoor track & field) and men’s cross country at the varsity level. The school cited arguments from students and alumni about the impact those three programs have on student-athletes of color.

New Hampshire has recorded almost 6,000 positive tests for coronavirus leading to 386 COVID-19 deaths. That puts it at a much higher rate than many states with a similar population. Grafton County, where Dartmouth is located, has seen “few or no cases in recent weeks” according to data collected by the New York Times, with the state as a whole having seen a dramatic decline to about 20 new cases per day over the last week.

BOO! Do not like hearing of programs getting cut at all!! Somebody come and give a donation to save the team.

Please sign this petition to support the Dartmouth Men’s and Women’s Swimming and Diving Teams! http://chng.it/YW8GKsrYDH

Please sign this petition in support of the Dartmouth men’s and women’s swim and dive teams! http://chng.it/YW8GKsrYDH

I hope these universities that have eliminated Men & Women swimming & Diving teams have discovered what great programs United States Master Swimming has that can save our sport in these schools. David McIntyre, Gold Coast Masters Swimming.

Projected to lose $150 million. But in 2019 they made 7.5% on their $5.9 BILLION dollar endowment. Cutting these sports saves them $2 million. Ridiculous that these colleges continue to hoard money, raise tuition, and cut sports programs.
Spend some of that endowment Dartmouth!

This school also paid $14 million last year to settle as lawsuit because they allowed professors to sexually exploit students. Not exactly a well administered college.

Is this effective immediately? Or will swimmers who are looking to transfer another swim team have that time?

Effective immediately. We were notified by email yesterday and given 10 days to notify of a decision to transfer/defer. BS