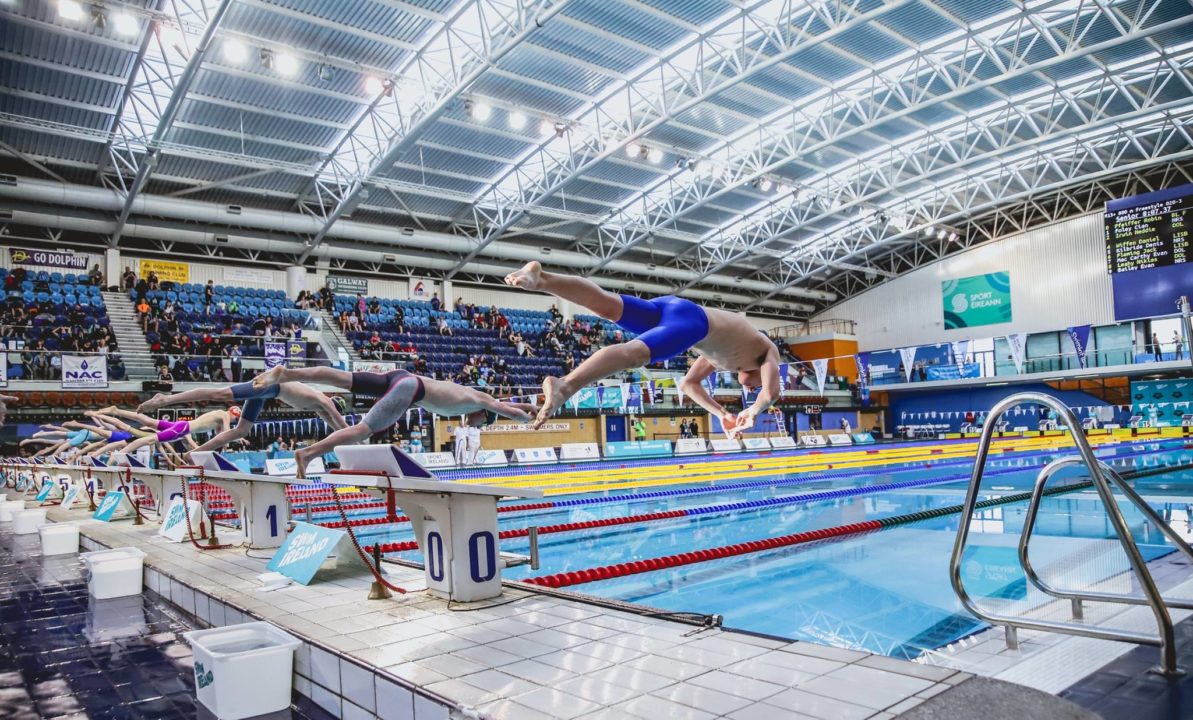 Olympic medalist and world champion open water swimmer Spyros Gianniotis of Greece is heading to the island of Evia this fall to compete at the Authentic Marathon Swim. The aquatic celebration consists of a 3k and 1.5k swim over the September 4th-6th time frame, with a 10k marathon race also included in the competition.

Gianniotis, stated: “Marathon swimming is once again at the forefront with a historic race. Through our presence we honor history by reviving the legendary achievements of Skylias and Hydna at the straits of Artemision. I call on all swimmers, regardless of their level and ability, to embrace this effort and experience the legend, while safely enjoying the blue-green waters of Northern Evia”. (GTP)

New Zealand’s Department of Economic Development has announced $10 million in funding to help develop the domestic events sector. The funds are aimed at helping save jobs and project incomes as the nation continues to recover from coronavirus pandemic-related impacts.

Minister Phil Twyford stated of the cash infusion, “the events this sector delivers are fundamental to building national pride and showcasing the best that New Zealand has to offer.

“The purpose of the Domestic Events Fund is to stave off the loss of critical events which contribute to regional economies, and that without support may never return. By saving these events, jobs and the income of sector employees, contractors and freelancers will be protected.

“This fund won’t save every event, but it aims to support those events that provide the greatest flow-on benefit to regional economies. It has been set up to provide cash-flow within the sector.

“On top of this, sector workers have been able to access the Government’s wage subsidy, which has paid out more than $12 billion, and many will benefit directly and indirectly from the $70 million Creative Arts Recovery and Employment Fund to support rebuilding the creative industries, and the $60 million Cultural Innovation Fund to encourage investment and new thinking in the cultural and creative sectors.”

Per Australasian Leisure, to be eligible for the Domestic Events Fund, events must be: existing events that are considered regionally or nationally significant, where support is needed to be able to sustainably re-start or re-scale the event or where supporting the event will help retain sector-critical event organisers and suppliers for the long-term viability of the industry.

At Swim Ireland‘s general meeting held last week, members passed a motion in favor of implementing gender balance at the Board level.

“In keeping with good governance practice the Board had recommended the insertion of an Article that will have the effect of ensuring that the Board must consider the balance of gender as vacancies arise,” read Swim Ireland‘s statement on the result.

Speaking at the conclusion of the AGM, Swim Ireland Chair Peter Conway commented ‘It was fantastic to see so many members involved in today’s virtual AGM, a first for Swim Ireland, but a way of operating that we have all become accustomed to over the past four months. We had great engagement and debate and I’m delighted that our membership voted in favour of all of the motions and overwhelmingly in favor of the gender balance motion, it is appropriate that our board is balanced and diverse. The next step is to develop and launch a gender balance policy to our membership that can be implemented at club, regional as well as national level’.

Following the unprecedented decision to postpone the Olympic and Paralympic Games, Tokyo 2020 has held several discussions with IOC, IPC, Tokyo Metropolitan Government and the Government of Japan to prepare for next year’s Games. An IOC and Tokyo 2020 joint steering committee announced the overall positioning, principles and roadmap to the Games on June 10th.

Since that time, Tokyo 2020 and the IPC have updated the content to reflect ‘the unique values of the Paralympic Games’, with the revised version presented to the IPC Governing Board on July 7th.

You can find the updated 2020 Paralympic Games Positioning and Principles documents here.

University of Northern Colorado swimmer Sarah Jackson has been elected to the school’s student-athlete advisory committee (SAAC) as the organization’s head of Community Outreach. Jackson, who represents the Cayman Islands internationally, will help the SAAC in its goal of promoting opportunity, protecting student-athlete welfare and fostering a positive student-athlete image in her role.

Said Jackson of her appointment, “I know that COVID-19 is making everything a little more complicated but I am confident the UNCo administration and athletic department are doing everything they can to make sure we continue learning and competing in a healthy and safe environment and I am looking forward to heading back to school in the fall.” (Cayman Sports Buzz)

CEO of Initiative Australia, Melissa Fein, has been appointed director on the Board of Swimming Australia, effective immediately. Fein’s career in the communications field has taken her from NewsCorp to MTV to MindShare’s ESP to her present position in the brand-building sector.

Per Swimming Australia, Fein has worked with several global and high profile Australian clients with her agency claiming multiple prestigious awards including, Campaign Asia’s ‘Australian Media Agency of the Year’ in 2019, the Media Federation of Australia’s ‘Agency Talent & Culture Award’ in 2019 and B&T’s ‘People & Culture Award’ 2019. Personally, Melissa has just been named Campaign’s Asia Pacific Business Leader of the Year.

Of her appointment, Fein said, “Swimming has always played a big part of my life and I’m thrilled to join the Swimming Australia board.

“It’s a dynamic time for Swimming Australia and I’m honoured to have the opportunity to contribute to the exciting future of this sport.”