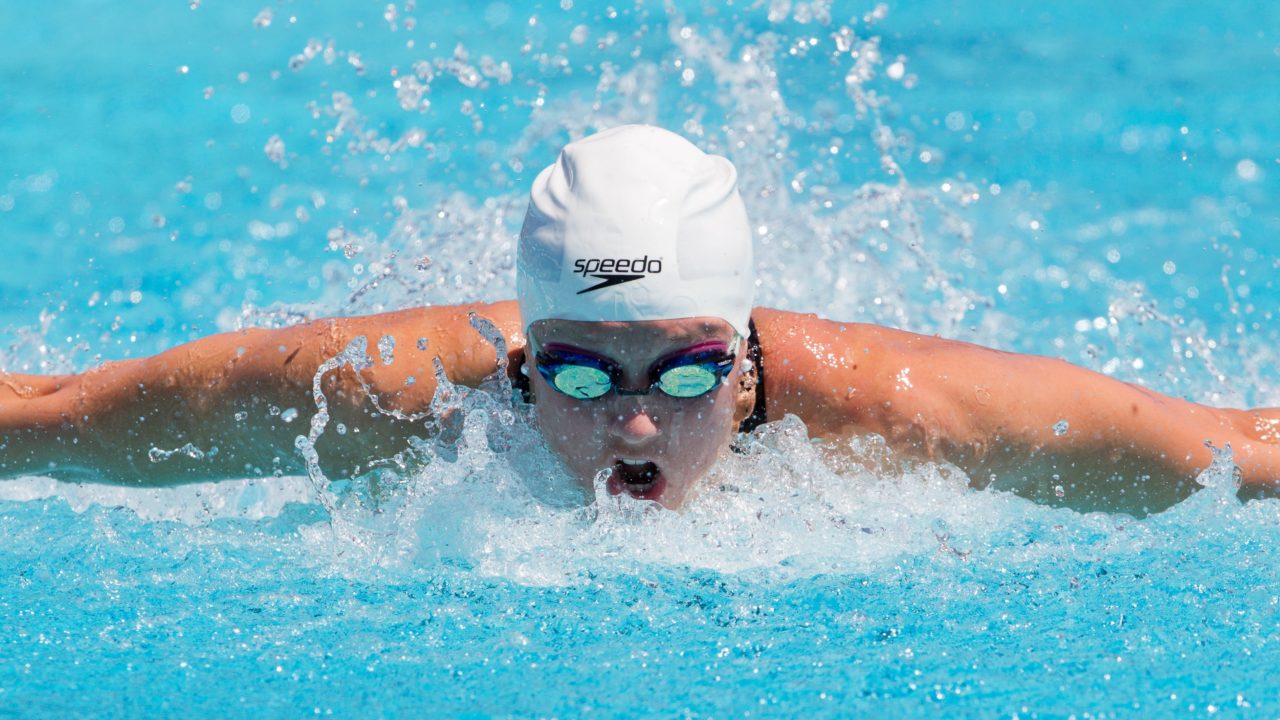 The two athlete representatives for the Southern Zone of USA Swimming have released a letter asking their peers to social distance and wear masks.

The organization announced the transition of the Olympic gold medalist and USA Swimming Foundation Ambassador to the role of Director of Community Engagement.

A jury ruled in favor of former American record holder Dagny Knutson yesterday in a civil suit against her former attorney Richard Foster.

The Orange County Superior Court found that Foster committed a breach of fiduciary duty and fraud by willfully concealing his conflict of interest while advising her to accept a financial settlement with USA Swimming. Foster was a former U.S. Olympic Committee board member, the two-time president of USA Water Polo, the president of USA Aquatic Sports (the organization that represents USA Swimming before FINA), the chairman of the 2004 U.S. Olympic Swimming Trials, and a former legal representative of USA Swimming. He also had longtime professional and personal relationships with both the federation’s outside legal counsel and USA Swimming chief executive Chuck Wielgus and U.S. National Team head coach Mark Schubert.

“A lawyer is held to the highest of fiduciary duty. The jury determined that Foster breached that duty.He was found responsible for fraud in the form of willful concealment.  What he concealed is that he had deep relationships with both of Dagny’s legal adversaries, USA Swimming and Mark Schubert.,” Robert Allard, Knutson’s current attorney and representative in the lawsuit, told SwimSwam.

Knutson was awarded $617,800 in damages, plus punitive damages to be determined.

Based out of Minot, North Dakota in high school, Knutson originally committed to Auburn. But when coach Paul Yetter left the program, the 18-year-old Knutson rescinded her commitment and turned pro.

Per The OC Register, Knutson and fellow pro swimmer Kate Ziegler were told by then-USA Swimming National Team Director Schubert that if they moved to California to join the elite training group USA Swimming was building (it was eventually called “FAST” or “Fullerton Area Swim Team”), the national governing body would cover their room and board and tuition at a local college, and they would have full access to top-level coaching at an Olympic training center.

Foster was the lawyer who helped Knutson and Ziegler put together their contract with USA Swimming. However, as represented in the evidence used in the case, Foster had a clear relationship with the organization.

But Schubert was let go by USA Swimming, and in the changeover at his position, USA Swimming told Knutson and Zeigler, who were now living in California, that only some of those expenses would be covered.

However, the contract between Knutson and USA Swimming, as negotiated by Foster, included provisions that required her funding in California to hinge on her performance. The specific performance marker outlined in the contract was that Knutson would have to stay “in the top 25 in the world in an Olympic event based on FINA’s September ranking” continuously, for the entire five year period that she would be training and attending school in Southern California.

That marker required Knutson to maintain a world ranking that many of the biggest names in the sport would have difficulty maintaining.

“What 18-year-old wants to have her entire working career conditioned on markers that put her in the realm of Michael Phelps?” said Allard, her attorney in the civil lawsuit, calling the deal a “complete sham.”

He added that “as part of the raw deal, both USA Swimming and Mark Schubert got a full release of liability. And, the extra kicker, she signed a full confidentiality agreement so that if she tried to speak out, she would be sued.”

Soon after Knutson and Ziegler relocated, Schubert was placed on leave and, eventually, terminated from his role with USA Swimming. At this point, USA Swimming stopped fulfilling the terms of the contract. According to the OC Register, the only payments that Knutson received were based on her world rankings, and she could have received them without relocating.

Foster then helped Knutson to negotiate a financial agreement with USA Swimming that was worth less than her original deal.

“She had been manipulated, taken advantage of by people who she trusted with her career,” said Allard. “She lost everything and developed a serious eating disorder that almost killed her.”

Later, he added, “It just infuriates me to see that this very trusting young woman was so violated.”

However, he was hopeful for Knutson herself, saying “[The verdict] emboldened her. It empowered her. The verdict gave her a voice.”

But, for Allard, the verdict isn’t quite enough.

“What should USA Swimming do? Treat their swimmers like human beings. And don’t betray their trust. Because the betrayal that happened to Dagny is the worst kind imaginable,” he said.

Knutson is now a student advisor at Grand Canyon University, and she is involved with Destiny Rescue, a non-profit dedicated to ending human trafficking and sexual exploitation in children.

I’m sure, with lawyer fees, that won’t end up being very much money for Miss Knutson, but I’m glad she won her case and I wish her well in the years to come!

Even if they take a third, it is still a lot of money for someone in their early 20s. There are also punitive damages, which could be quite hefty. Most importantly, it is public statement to her that yes, you were wronged. You didn’t deserve what happened to you, it never should have happened, and now the involved parties must make up for it. The lawyer was definitely negligent, but it would be even more satisfying for the involved players at USA Swimming to have to be accountable. That would really bring closure, but those people walk away unscathed. Either way, the verdict is awesome. Congrats!

Bob Allard agreed to a reduced fee to take on Dagny’s case. She will make out just fine. More important than the money is that Dagny now has confirmed that it was not her fault, it was indeed that others who should have been looking out for her failed her badly. A jury agreed. After years of USA Swimming, Rich Foster, and even her manager saying that they have done everything they possibly could, that is the real victory. Hopefully USA Swimming has learned from this and will make sure nothing like it ever happens again.

Bob , can Or should I make this comment on the SwimSwam article with my name
“USA Swimming brand or not, what certain individuals ( namely Schubert, Foster and Weilgus and others) did to this beautiful girl and incredible swimmer is disgusting and deplorable. And what they did to her through the litigation process and what it sounds like they will continue to do is unbelievable.” The brand will be much better off without men who exploit, take advantage, use and abuse young swimmers for their own personal gain. I understand very well Dagny’s journey and appreciate her fortitude and contribution to bettering the sport for future athletes to come.

Well said. We have to support courageous whistleblowers against such persons who use, abuse the litigation process to destroy their victim, compounding the injury and harm. I praise Ms. Knutson.

“USA Swimming brand or not, what certain individuals ( namely Schubert, Foster and Weilgus and others) did to this beautiful girl and incredible swimmer is disgusting and deplorable. And what they did to her through the litigation process and what it sounds like they will continue to do is unbelievable.” The brand will be much better off without men who exploit, take advantage, use and abuse young swimmers for their own personal gain. I understand very well Dagny’s journey and appreciate her fortitude and contribution to bettering the sport for future athletes to come

“USA Swimming brand or not, what certain individuals ( namely Schubert, Foster and Weilgus and others) did to this beautiful girl and incredible swimmer is disgusting and deplorable. And what they did to her through the litigation process and what it sounds like they will continue to do is unbelievable.” The brand will be much better off without men who exploit, take advantage, use and abuse young swimmers for their own personal gain. I understand very well Dagny’s journey and appreciate her fortitude and contribution to bettering the sport for future athletes to come.

To Steve and Grand Canyon university you are great. To the athletic director, president, etc how great a university. To do what you did. Speaks volumes. Great people, great university. Stood up when no others would. What a brave university to do the right thing. Believe me it will not go un noticed. North Dakota.