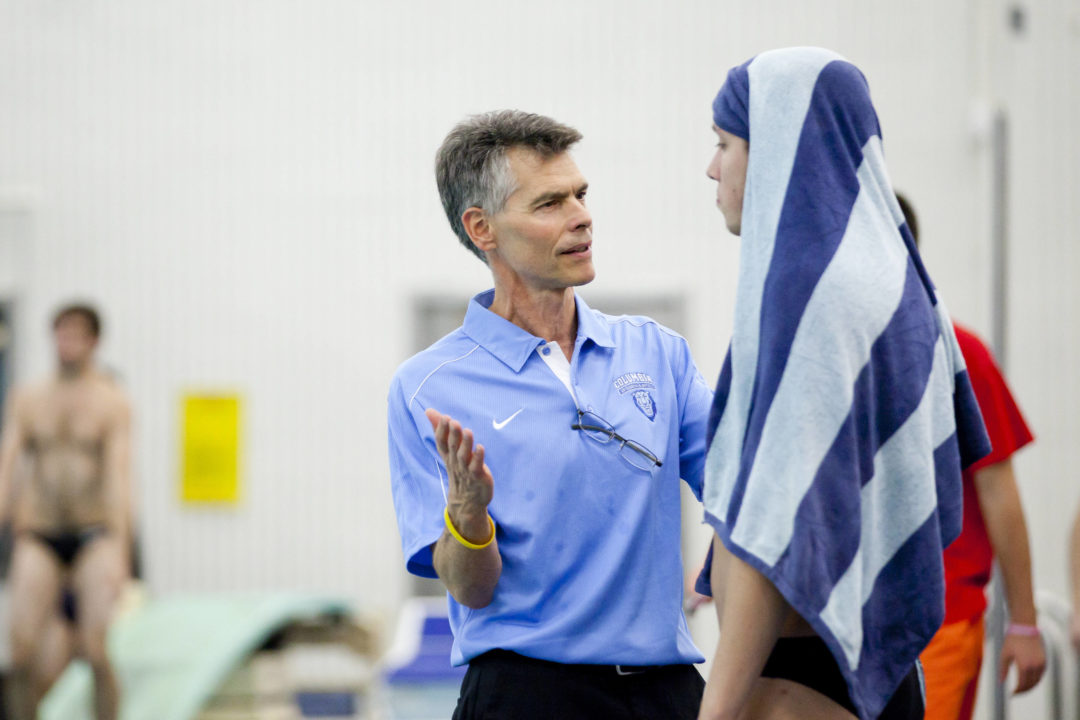 Coach Jim Bolster's Lions took it down to the last event against Army West Point in their home opener on Friday evening, ultimately falling to the Black Knights by the score 153-143. Archive photo via Columbia Athletics

It was an exciting start to the Columbia Lions’ 2015-16 campaign on Friday night at Uris Pool in New York City. The hosts kept the crowd on the edge of their seats until the end, as the final score would depend on the outcome of the winner-take-all 400 free relay. In the end, the Black Knights prevailed, 143-133.

Senior Christopher Szekely was instrumental in the Black Knights’ victory as well, taking both sprint freestyles (20.72/45.25) and contributing to the winning 200 medley and 400 free relays.

Columbia diver Jayden Pantel won two events for the Lions, scoring 299.93 in 3-meter diving and 321.15 in 1-meter. His teammate, freshman Kevin Fulton, was runner-up on both boards.

Army West Point sophomore Evin Rude earned more points for the Black Knights with a narrow (.14) victory in the 200 free going 1:41.56; his classmate Josh Sembrano clocked a 50.33 to claim the 100 back title.

Columbia begins Ivy League competition next weekend. They travel to Penn on Friday, November 13 then return to Uris Pool on Saturday, November 14 to host Yale.