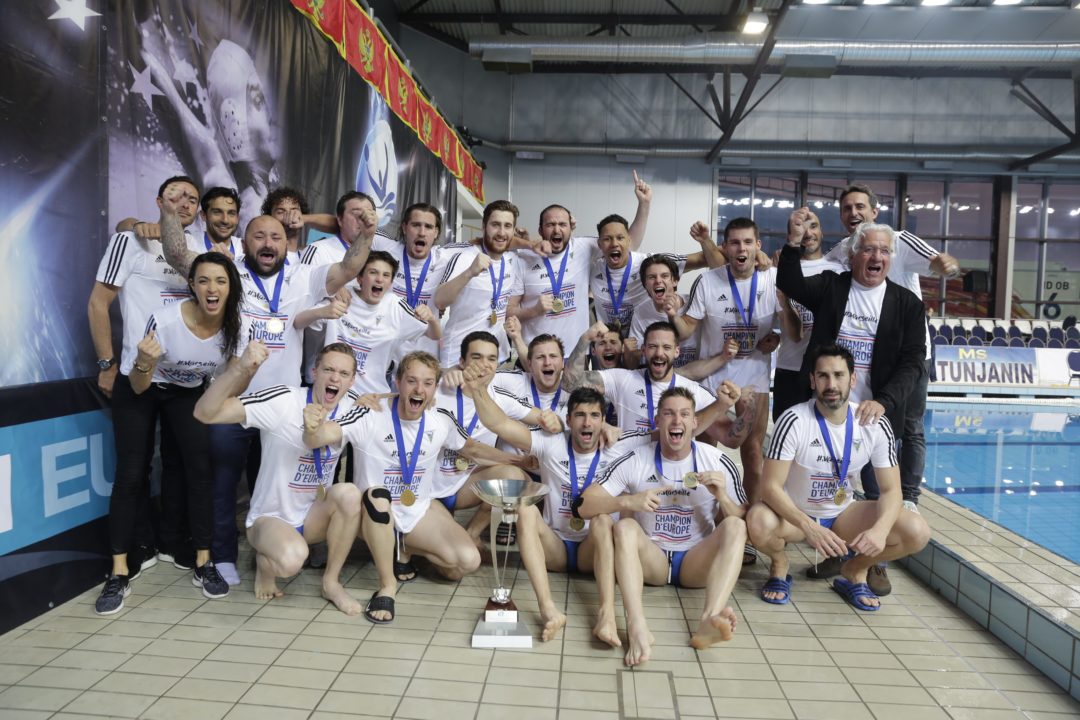 For the first time in water polo history, a French club clinched a European trophy as Marseille managed to hold on for a draw in the return match of the Euro Cup final in Montenegro Current photo via LEN Media

For the first time in water polo history, a French club clinched a European trophy as Marseille managed to hold on for a draw in the return match of the Euro Cup final in Montenegro, saving its single-goal advantage from the first leg. Host Jadran could score only two goals in the second half.

A capacity crowd awaited the teams in Niksic (a storm devastated the pool in Herceg Novi a couple of weeks ago), where the local fans wanted to see Jadran’s first victory on European stage. The hosts were on fire, took the lead twice but the French, winning the first leg 9-8, could find the answers so it stood 2-2 after eight minutes.

The Montenegrins could go ahead in aggregate at 5-3 in the second, but Igor Kovavevic pulled one back with 0:01 from time before the break. And from the third period something special began, the Milos Scepanovic Show: Marseille’s goalie – apparently from Montenegro – delivered brilliant stops in succession (he finished the match with 12 saves). He shut out his compatriots in the entire quarter while Croatian national Ante Vukicevic put away an extra for 5-5.

Jadran needed 11:50 minutes to score again, and at 6-5 they had two more possessions but tried in vain. Instead, Michal Idzinsky equalized with 3:22 to go, then Kovacevic stunned the hosts with another action goal. At 6-7 with 1:45 to go, the Montenegrins were in trouble and even though they could go even 17 seconds later, they couldn’t set up another scoring opportunity in the remaining 98 seconds.

The French could celebrate a historical win, the first even by a French club on European stage.