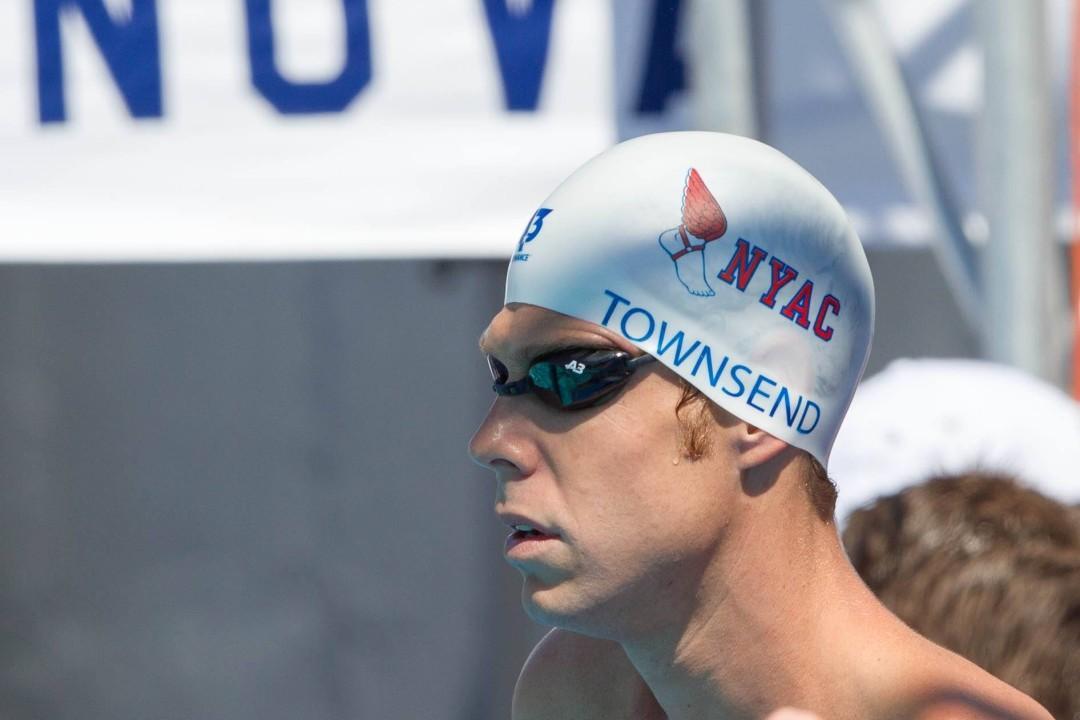 Cesar Cielo and Darian Townsend made celebrity appearances at the Mesa Aquatic Club's Jamina Winston Memorial Invite over the weekend, combining for four Masters World Records between them. Archive photo via Tim Binning/TheSwimPictures.com

Cesar Cielo and Darian Townsend made celebrity appearances at the Mesa Aquatic Club’s Jamina Winston Memorial Invite over the weekend, combining for four Masters World Records between them.

Townsend took down three himself, swimming four total events. The 30-year-old former South African Olympian cracked the 100 and 200 free marks on the weekend. He’s getting prepared now for his first-ever international competition representing the United States, as he’s a member of next summer’s Pan American Championships team after earning his U.S. citizenship over the summer.

Townsend then returned to break the 100 free record in his final swim, going 48.08 to take just about a second off of the 49.04 set by another German, Stephan Kunzelmann, back in 2008.

Townsend also won the 50 free (22.15) at the meet, coming within a few tenths of the world mark there.

He needs to keep setting those records high, though, because one age group down, Cielo is starting to wipe Townsend’s name out of the Masters record books. Cielo broke Townsend’s 25-29 record in the 50 free, going 21.54. Townsend set the record back in May, going 22.08.

Cielo missed out on a second Townsend record by a narrow margin in the 100 free. His 48.34 couldn’t quite overcome Townsend’s 48.29, which stands as the world record, also from last May.

For Cielo, this meet is another tune-up for short course Worlds, which Cielo selected as his major focus meet for the year over Pan Pacs. The Brazilian skipped the Pan Pacific Championships to get an early start on long course, which seemed to pay off with a great showing at Brazil’s short course championships, the Jose Finkel Trophy. He was a bit off those times here, but that’s to be expected, considering he’s likely into his full training regimen after officially qualifying for Worlds at the Finkel meet.

Cielo is doing his training at Mesa under coach Scott Goodrich. He’s swum for Goodrich in the past, but returned to Brazil this summer. After the Finkel meet, though, he announced he’d be back in Arizona for the rest of the lead-up to Short Course Worlds in Doha this December.

You can find full results of the Mesa meet on Meet Mobile under “Jamina Winston Memorial Invite.”

Cielo is in briefs and black cap, townsend in silver cap.

I think Townsends record in the 25-29 50m free was broken by Ari-Pekka Liukkonen in August prior to Cielo breaking it at this meet. https://www.facebook.com/AriPekkaLiukkonen/posts/715122548573937

Are these guys training together at Mesa?