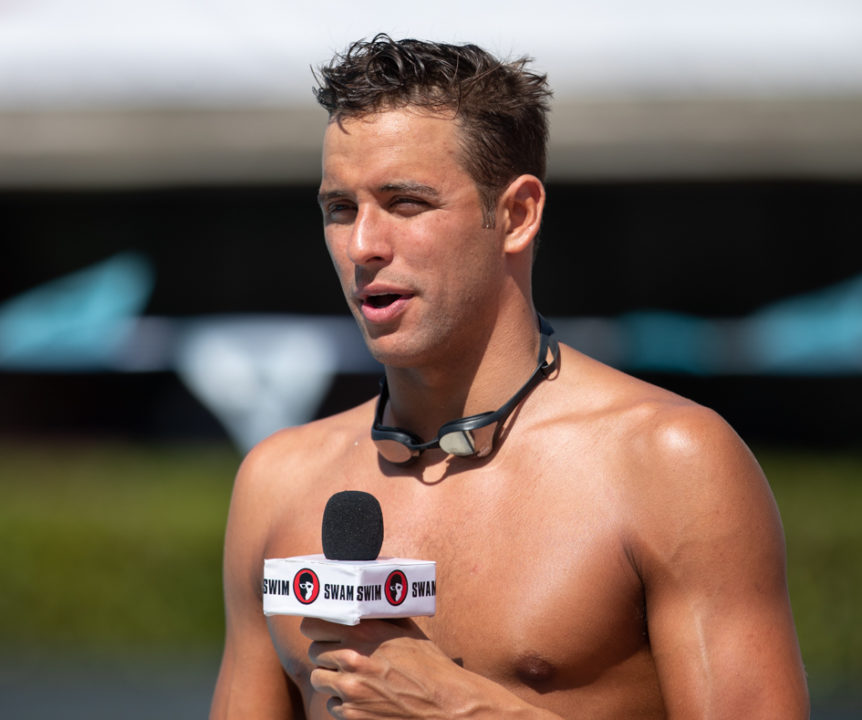 Olympic, World and Commonwealth Games champion Chad Le Clos has been named to Forbes Africa's 30-Under-30 List for his achievements in and out of the pool. Archive photo via “Rafael/Domeyko Photography”

Forbes Africa has released the 5th edition of its ’30 Under 30 list’, a complication of notable names across business, technology, creatives and sport, honored for ‘making positive changes in society through their different stories.’

Announced at the Houghton Hotel in Johannesburg, South Africa, the list includes Olympic champion Chad Le Clos, the man who upset American Michael Phelps back at the 2012 Olympic Games and has been adding to his aquatic resume ever since.

The 27-year-old has raced his way to both World Champion and Commonwealth Games Champion status and holds the South African national swimming records across the 100m fly, 200m fly and 200m free in LCM.

Out of the pool, Le Clos launched the Le Clos Foundation, an organization aimed at promoting and developing swimming within his home nation of South Africa. The star also partnered with liquor brand Johnnie Walker and appears in South Africa’s campaign highlighting ‘real, inspiring’ citizens of the nation.

What has he done outside of swimming? Like not as a result of his swimming achievements?