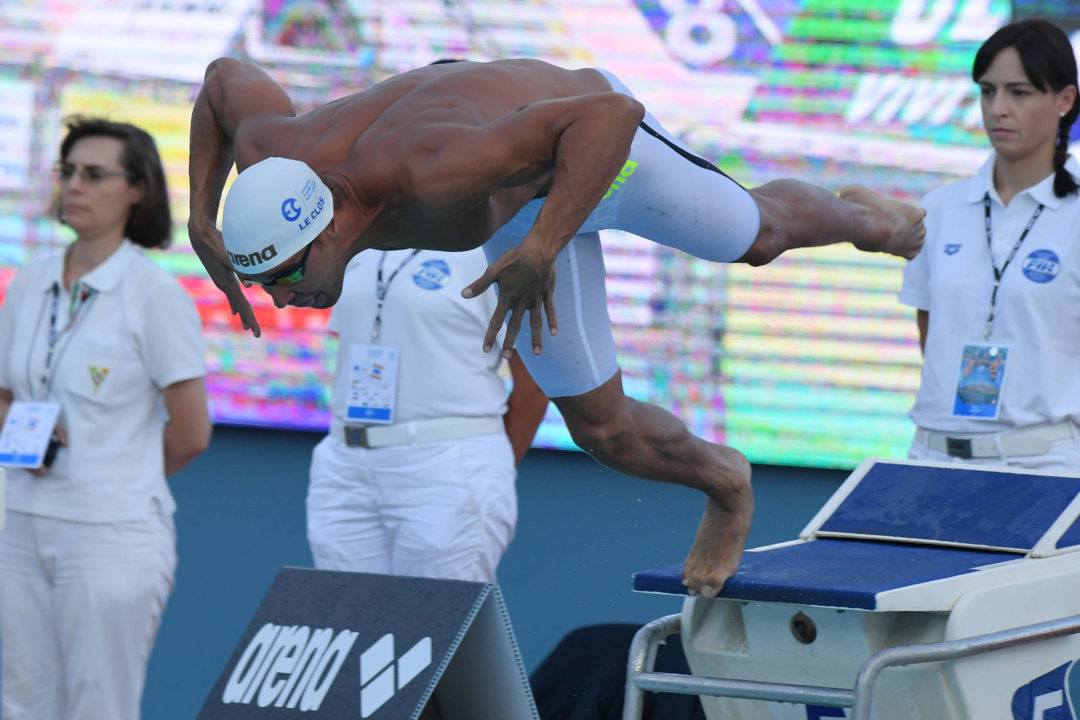 The two-time silver medalist in the event was just over the required 51.96 that it would have taken to automatically qualify for the Games. Archive photo via La presse.ph.Gian Mattia D'Alberto

On the penultimate day of the 2021 South African National Championships, we saw swimmers take to the 100 butterfly and 100 breaststroke, each vying for a spot on the South African Olympic team this summer.

The biggest surprise of the evening was that Chad le Clos missed the required cut to automatically qualify for Tokyo in the 100 fly as he posted a 52.13 which is just over the cut of 51.96.

The country’s selection criteria for the Games states that should no athlete hit the FINA A standard at nationals, any athlete who has been under the standard between March 1, 2019, and June 27, 2021, will be considered for selection.

Since le Clos’s winning time was slower than the cut, he will need to rely on those secondary considerations to qualify for the event. Le Clos got under the standard back in 2019 when he hit a 51.16 for bronze at World Championships. Le Clos is one of 2 South African men under the FINA A during the qualification window as Ryan Coetzee hit a 51.85 back in April 2019.

In the 100 butterfly final at South African nationals, le Clos was closely followed by Matthew Sates who hit a 52.15 which was good enough for silver but also just over the Olympic cut of 51.96. Unlike le Clos, Sates has not been under the FINA A as his fastest-ever time is  52.11 from February 2021.

The other big swim during day 5 finals was the women’s 100 breaststroke final in which Tatjana Schoenmaker hit a 1:05.74 South African record. That time was good enough to earn a spot on the country’s Olympic squad as it got under the FINA A cut of 1:07.07. Schoenmaker also advanced to the #2 spot in the event this year, trailing Lilly King‘s leading time of 1:05.32.

In the women’s 100 butterfly, Erin Gallagher and Dune Coetzee both managed to get under the 1-minute mark, posting times of 59.64 and 59.97, respectively. Neither Gallagher nor Coetzee, however, hit the Olympic standard of 57.92.

Having missed the auto-qualification standard, Gallagher could be named to the team through the secondary selection criteria as she hit a 57.67 back in 2019 which is under the FINA A of 57.92.

Because 52.13 isn’t fast enough to get past the semis? He wouldn’t qualify in a number of other countries with that performance.

He should just focus on 200 free. He might not even medal in either of the butterflys

Depends on from where you look at it.
No automatic gold as in 200fly. I think only the bronze is reachable there for him, but that also won’t be easy with Kenderesi e.g.
100 fly is at least as stacked as 200 free.

He can be good for the bronze in the 200 fly (with Kenderesi). In 100 anything can happen. Of course “normally” Dressel, Milák, Minakov will be on the podium.

There will be a 4-way tie for silver in the 100 fly this year to keep with the trend from the last 2 Olympics.

Probably thought it was a 200 fly and paced for that instead.

Jokes aside, how f’ing dumb is it that the two time silver medalist in the 100 fly might not get to swim it at Tokyo due to some bs cuts

Fun fact: I didn’t remember that Le Clos tied for silver in London, too