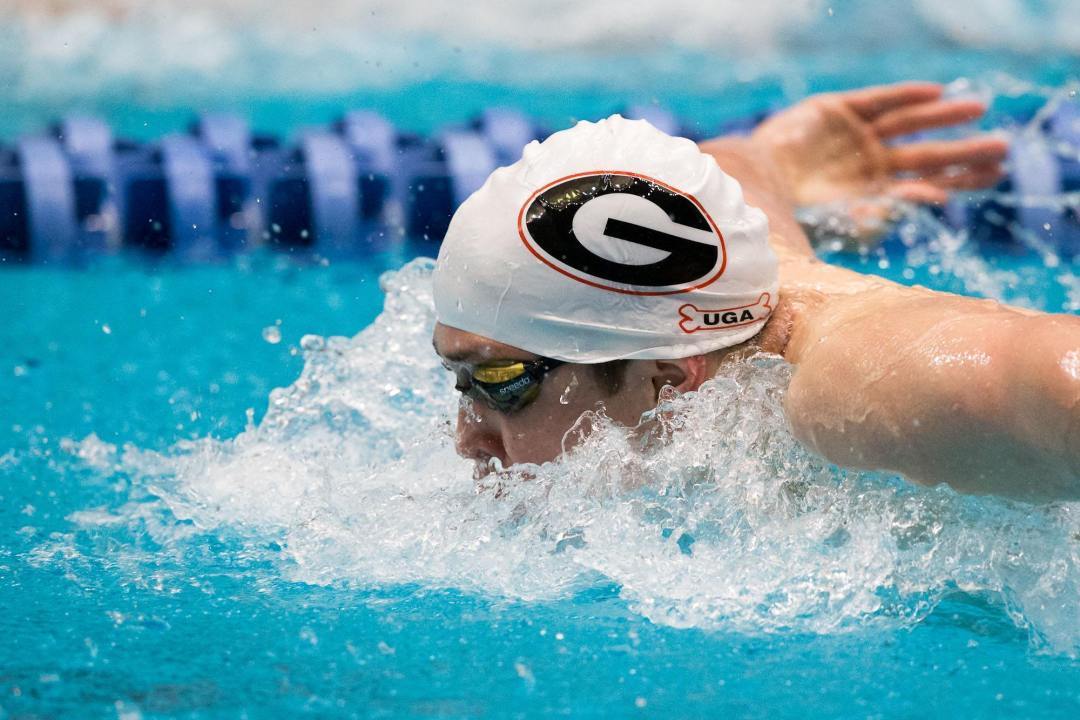 The following is a press release courtesy of the University of Georgia:

Fazio, who hails from Scottsdale, attends Pinnacle High School and swims for Coach Kevin Zacher at the Scottsdale Aquatic Club. Fazio has earned All-America status in the 50 and 100 freestyle and the 100 backstroke. She is rated No. 11 nationally in the 50 freestyle.

Williamson attends Oconee County High School and swims for Coach Jos Smith with the Athens Bulldog Swim Club. Williamson is one of the top two sprint prospects in the state of Georgia. With the bulk of her training coming inside Gabrielsen Natatorium, Williamson has garnered All-America status.

Burns, a native of Saratoga, Calif., attends Bellarmine College Preparatory School and swims for Coach John Bitter with the Santa Clara Swim Club. Considered one of the top five prospects in the country, Burns’ top events are in distance freestyle individual medley. He is rated No. 1 in the 1,000 freestyle, No. 2 in the 500 and 1,650 freestyle and the 200 individual medley, No. 5 in the 400 individual medley, and No. 13 in the 200 freestyle. Burns is a member of the 2014-15 United States Junior National Team and competed in the 2014 Junior Pan Pacific Games.

“We are excited that Caitlin, Samantha, Annie and Aidan will be joining our program,” Humphries said. “They are tremendous prospects who will help us in the pool and will be successful in the classroom. Their work ethic will enable them to compete in several areas and will give us options and flexibility with our relays.”

Have to believe that UGa’s leadership have some contingency plans in place, but it looks like they haven’t shared that with Harvey. He was forced to tell recruits, “I have no idea what’s going to happen until the NCAA rules” and recruits signed elsewhere. Townley Haas may still be waiting in the wings, but an entire recruiting cycle has been lost.

The guys and gals at SwimSwam probably know better than most what the eventual outcome will be.

I want to congratulate these swimmers, but I also must say something needs to happen with the head coaching position…Georgia didnt get any top seeds. Thats not good sign for the future of the program. No top seed wants to go somewhere if they dont know who the head coach will be