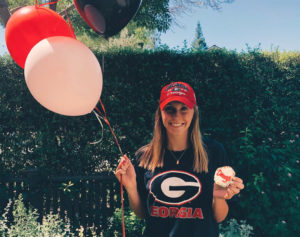 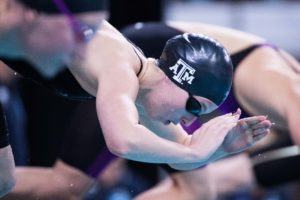 Sydney Pickrem will look to pick up her first indiviudal title of the meet in the 400 IM, but she’ll be met by fierce competition Tess Cieplucha and a tough Florida IM group, led by freshman Vanessa Pearl. 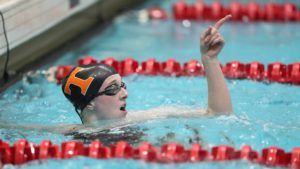 Stanzi Moseley was an honorable mention All-American in the 50 free at last year’s NCAA Championship meet, but she won’t swim the race on Wednesday at SECs. 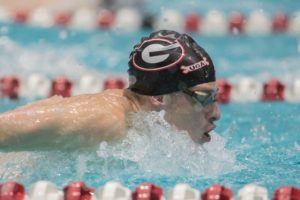 Georgia took a bit hit with the loss of Gunnar Bentz and Jay Litherland, but a solid returning core plus one of the most intriguing prospects in the freshman class should keep the Bulldogs in the hunt for a top ten finish come NCAAs. 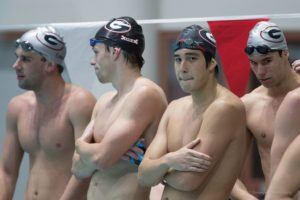 Four-time U.S. Open qualifier and jack-of-all-events Luke Durocher of Nation’s Capital Swim Team has verbally committed to swim for the Georgia Bulldogs as part of the Class of 2022.

Aidan Burns was born Sept. 17 1997 in Saratoga, Calif. to mother Anne Griswold. The freestyle and medley specialist chose to swim for the University of Georgia where he is currently a sophomore majoring in Biochemistry. Back in California, he swims under head coach John Bitter for the Santa Clara Swim Club.

With the Stars and Stripes on his cap for the first time, Burns flew to Dubai for the Junior World Championships. He swam the 400 meter freestyle and finished 11th in 3:55.44.